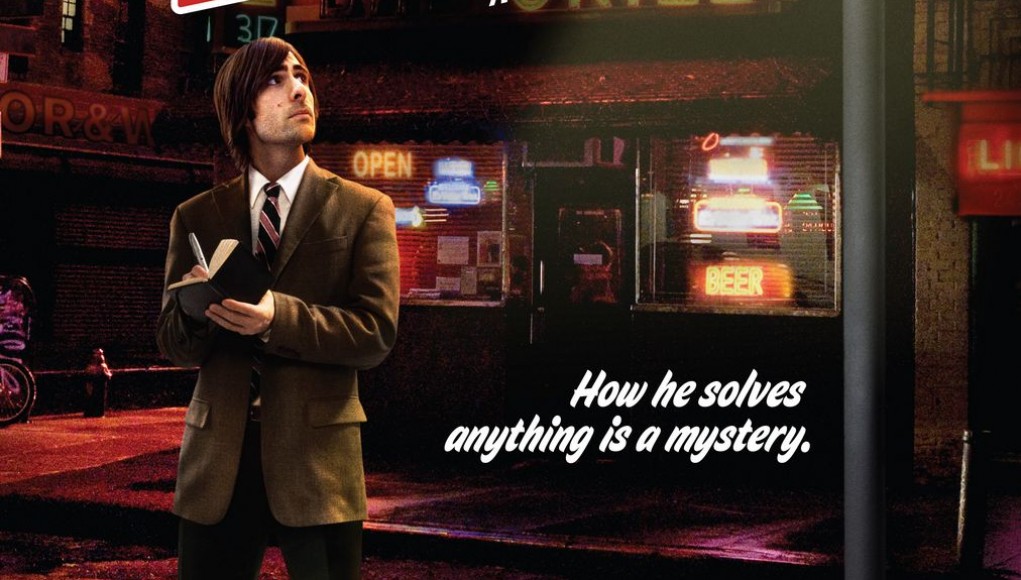 Bored To Death, the most recent HBO sit-com starring Jason Schwartzman (Rushmore) continues the HBO tradition of edgy television comedy with this new offering. Along with Hung, Bored To Death has immense promise as we start to see more television dedicated to Generation Y.

Bored To Death has a fresh flavor that has a particular coziness on HBO. Schwartzman plays Jonathan Ames a writer for an online magazine by day and a moonlighting, admiringly unlicensed detective by night. He carries around a Raymond Chandler novel which he picks up after his girlfriend leaves him because of his drinking and marijuana habit. He is modern man. 21st Century, Generation Y, unsure of his direction and heartbroken.

His name is coincidentally the name of Executive Producer and Series Creator, Jonathan Ames. Yes, he is a real person, you can even follow him on Twitter as @JonathanAmes. This self-reflexive addition brings the most prevalent theme, identity.

Jonathan’s doppelganger appears within the first several minutes of the film as we see his deformed reflection in the passenger-side mirror of the moving truck that he chases down the road which houses his girlfriend on board. Was he chasing himself, his former self, or his future self?

We also find the identity theme present in how Jonathan uses the name Philip Marlowe, the Raymond Chandler character we’ve all grown to love, when he signs his name at the hotel where his first missing person is suspected to be.

He is mentally fueled by marijuana and his one-hitter, which he is eager to share with most who are interested, including his day-time boss played by Ted Danson. This habit of drinking and smoking weed shows that he was never interested in making his ex-girlfriend happy, these were his habits and he wasn’t about to stop. Does this mean that Jonathan was apprehensive about changing his identity for his girlfriend, but eager to change and alter his night-time persona to be a detective? Again there is an identity issue here.

Bored To Death features modern Generation Y comedy with a touch of noir. Awkward dry humor that is less of ‘Ha-ha’ funny, and more of ‘Hmm’ funny. The title itself reflects Jonathan’s own boredom, hence his need to become a moonlighting detective.

This new HBO show has potential to be one of the most interesting comedies of the Fall season and hopefully this fresh and original take will continue.