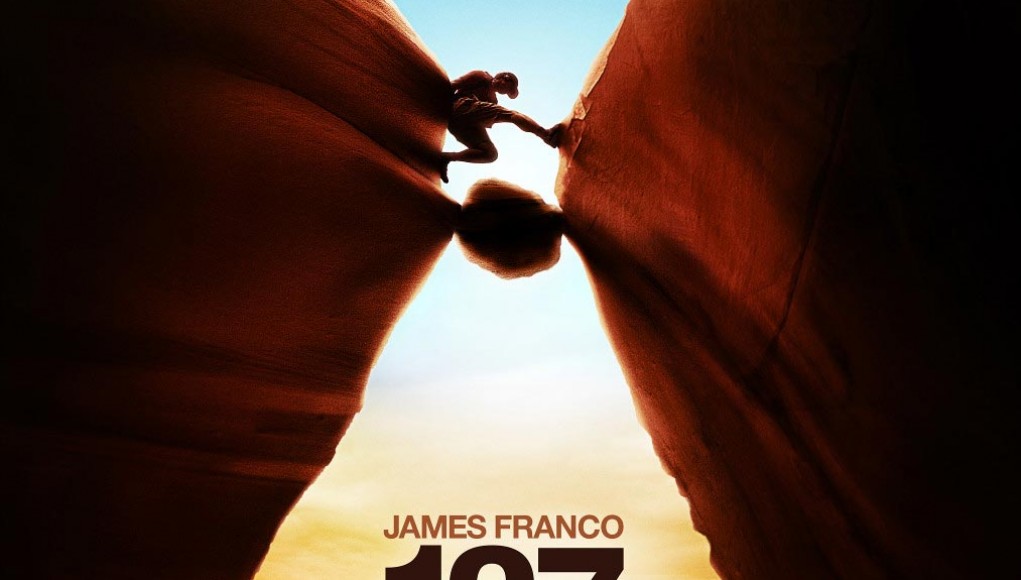 127 Hours is indeed an experience that comes around ever so often. Based off a true story, the film has had gimmicky and exploitative aura that has circled the film’s pre-release for months. However, Danny Boyle’s viciously realistic tale of survival is neither at gimmick or an exploitation. Instead, it is a beautiful story that shows how easily nature can conquer those who feel as if they can conquer nature. The festival runs have shown that the film is intense enough to provoke momentary dizziness and loss of consciousness, and at the 2010 Savannah Film Festival screening this was also true.

On his own, Aron Ralston (James Franco), an experienced climber, finds himself stuck after falling in a crack of the earth, with his hand stuck between a wall and a boulder. While the story is simple, the film expands on the struggles of running out of food, water and the lack of proper sleep. Worst, the dangers of the mind without these necessary elements.

I wanted to not like this film. I really tried. James Franco happens to be everywhere these days, and Boyle’s Slumdog Millionaire was (and is) grossly over-rated. With all due respects to the real Aron Ralston, the film had an aura of a gimmick. Danny Boyle and James Franco succeeded in never playing into the gimmick and placing emphasis on faithfully telling Ralston’s story of survival and heroism. The scenes portray Ralston’s delusions and guilt with Boyle’s common signature all over it.

Franco has done and exceptional job. Aron is a smart but cocky ‘expert’ climber. The slight social ineptness and oddities of an engineer are very much intact, and allows Franco’s character to be likeable if not realistic. He is amused by his situation at first, then his survival skills kick in.

127 Hours was a first for me. After the climax of the film, a woman began screaming to stop the film and turn up the lights. The man next to her had passed out. The lights went up and, indeed, a man was completely unconscious. The film had been stopped a few moments later. He gained consciousness was escorted out of the building, and the film resumed roughly ten to fifteen minutes later.

While it is the visual representation that may be the element to provoke such controversy surrounding this film, but in actuality, the sound is where this film is the most brutal. The rather familiar soundtrack, auditory representations of hallucinations, and the sound design of the expected climactic severance assist the storytelling to an exceptional status. Sound designers: take note.

The film and the screening were an uncanny experience. Boyle and Franco rose above just creating a gimmick, but a telling story of survival. I walked in wanting to hate it, but left knowing that 127 Hours is an experience that is a worthy piece of cinema. Granted, additional viewings may not be necessary, and the replay value is arguable.