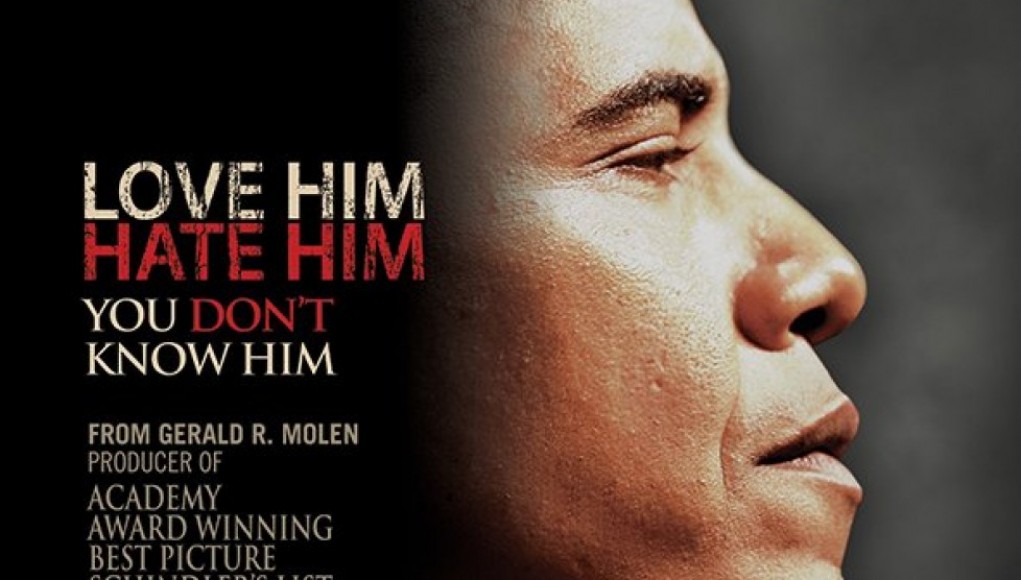 Taking a page from Michael Moore and Fahrenheit 9/11, Dinesh D’Souza’s 2016: Obama’s America is an irrational and over-indulgent interpretation of Barack Obama’s history through the President’s own autobiography. By clearly using ideological filmmaking devices, D’Souza presents flaws conclusions based on half-developed interpretations of Obama’s political interests.

As much as D’Souza attempts to find hidden meaning and ideology in Obama’s upbringing and education, he fails to realize the same can be done with Regan. Regan was at one time one of the highest paid American actors. Except he chose to loaf around once his yearly salary hit $200,000 to skirt the 90% income tax rate. While actors such as Humphrey Bogart found a clever loophole around this tax hole, essentially starting a production company and becoming a producer-actor, Regan chose to be lazy. Regan’s belief that others were also not living up to their potential and thus began his fight into every office imaginable to reduce tax rates left and right. Today, most know Regan as a president, and Bogart as a great actor. See, I can do it too.

Obama’s leftist education is not all that different than many who have attained higher education. I too have seen how Marxist ideology can comingle with Capitalism to serve workers and employers to build a better nation. D’Souza mentions that Obama wrote about high income tax rates are beneficial, with Bogart as an example, they are. Not only did Bogart circumvent the high tax rates, he made more money than if he merely took a paycheck (approaching over $1 million a year), and had an asset, his production company. Not too recently, “leaked” tapes of Obama from his early days discussing how balancing leftist and Capitalist ideologies can indeed benefit the country over time. How is that D’Souza is unable to make this determination?

2016: Obama’s America is a highly stylized documentary and the cinematographers and editors certainly know how to impose their ideology through the visual medium. What is rather humorous is how D’Souza chooses to conduct some interviews over the phone while he is in another country, creating a aire of investigative journalism. If only calling someone on the phone was enough to call yourself a muckraking journalist. Furthermore, when D’Souza is conducting an interview, he just nods his head and the editing of such interviews appears rather dubious.

One of the suggestions in D’Souza’s documentary is that Obama appeared out of nowhere in his political career. However, half the film chronicles Obama’s history, ignoring his grassroots campaigning, his time as a community organizer, and although he shows footage of his momentous speech at the 2004 DNC, he tends to ignore that moment when the nation finally considered Obama’s existence in the system.

The documentary also criticizes how developing countries are experiencing growth three times that of the United States. This interpretation of the economics of developing countries ignores common sense; of course a developing country is going to enjoy large multiples of growth, since they started from an incredibly small GDP to begin with. Over time, this growth will even out and get into the low single digits. The same will happen to China.

D’Souza reaches incredible far to pull something out of nothing in this documentary. An interview with Obama’s half-brother George, who lives in Kenya is a perfect example. During the interview, George claims that he does not need assistance from Obama, and that the President is working to help the world, of which George is a part of.

Like usual, the film is rife with incorrect statements, particularly at the end when D’Souza says that he made three predictions in his book. First, he states that Obama will not do anything significant to stop Iran from getting nuclear bombs, and concludes that he has not. The only way to entirely prevent another nation from obtaining weapons of such nature is to evade them. We learned from Iraq that they did not have such weapons, although the Bush administration said they did. Nine years later, the Iraq political action is still in a slow pull-out phase. Essentially, D’Souza wants to wage war. Second, he states that Obama would spend money as if the deficient did not matter, concluding that he has. Although this has been repeatedly been proven untrue, and has spent less than each term from the last four presidents. Last, D’Souza states that if the political climate changes and Obama is forced to tackle the deficient he will cut the military and seek to raise taxes. It is true that Obama did cut the military, but he worked with the Pentagon to create a leaner, more efficient military. How is it that Obama’s economic policy is so foreign, although it was the economic policy that led the United States out of the Great Depression, gave us the financial means to out-produce the world in WWII, and increase the standard of living beyond any other country from 1940s into the 1980s? Would the world’s largest battle-tested military really reduce itself to nil? It is sad that a film critic has to do all the fact-checking.

D’Souza also concludes that Obama will help Middle Eastern and North African nations to become the United States of Islam. Except most of these countries are undergoing their own political revolts against decades long dictatorial oppression, and it is doubtful that any of these nations would collaborate in such a manner. To D’Souza, UN sanctions are not enough, even though Iran’s people are undergoing one of their most pressured economic times. There will probably a democratic revolt before Iran can figure out a nuclear bomb.

D’Souza’s interpretation of Obama’s writing and personal and political history is fundamentally flawed from top to bottom. D’Souza’s spoke to a psychologist regarding the potential ramifications and absent father has on his children. Well, Obama became the President, not exactly a hoodlum. The film comes down to being a self-serving branding exercise of Dinesh D’Souza and his 2010 book The Roots of Obama’s Rage. This “rage” appears pretty tame and irrational to be honest.

I would like to mention that I am rarely this political in my movie reviews, however 2016 is an egregious attempt to solely target a specific niche and broaden the gap of ignorance. Like usual, the right will embrace the film and the left will reject it. If you love conspiracy theories because they are entertaining rather than believing them, 2016 is indeed entertaining in the same fashion as The Room. Except I laughed during the latter.