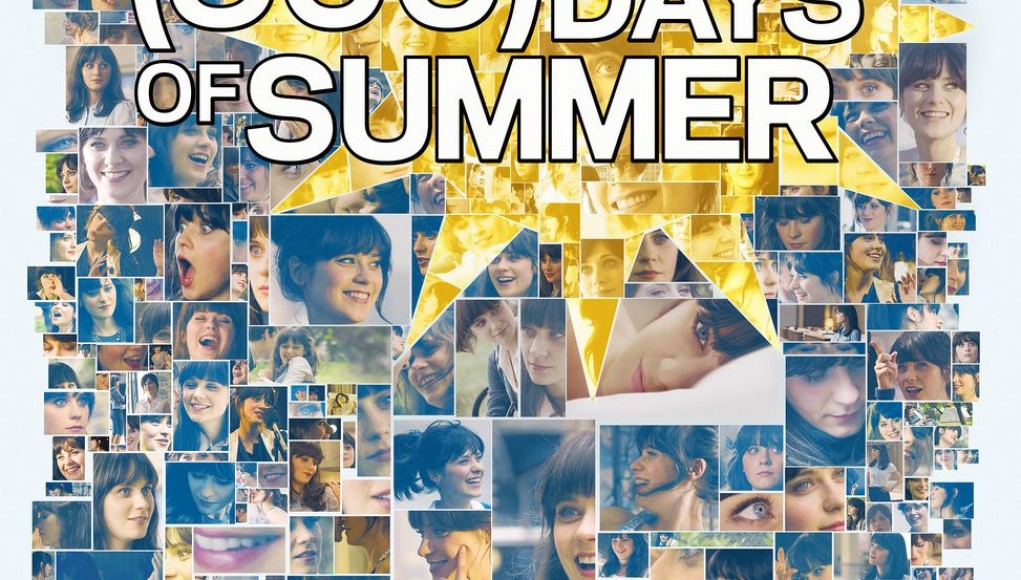 Every generation there is a romantic comedy-drama that leaves an unmistakable impression on 20-somethings. The Graduate, Annie Hall and Eternal Sunshine of the Spotless Mind are among the highlights of this coming-of-age romantic comedy form and (500) Days of Summer earns that same accolade. Told in a non-linear structure, this film examines the minute moments of how love can form and deconstruct, and the fallout the dumped often experience for sometime after.

Tom Hansen (Joseph Gordon-Levitt) is an architect who works as a greeting card writer in Los Angeles. On Summer Finn’s (Zooey Deschanel) first day, Tom immediately falls for her. A brief meeting in the elevator some days later, Summer recognizes a song The Smiths playing on Tom’s headphones, which increases Tom’s interest in her. Tom and Summer grow closer together, yet Summer directly states that she is not interested in true love or a boyfriend. Regardless, the relationship has Tom in an uplifting mood, becoming a star player at the greeting card company.

Despite this, Tom is persistent in keeping Summer has his main squeeze. After seeing The Graduate the two acquire different perspectives about the film. Tom’s perspective is true love, Summer’s perspective prompts her to end the relationship and leaves the company. Tom looks to his much younger sister, Rachel (Chloë Grace Moretz) as a voice of reason. Tom loses his momentum at the company and eventually leaves to restart his life and career.

(500) Days of Summer examines the specific days and moments that define the relationship through Tom’s perspective. We see the happier moments juxtaposed with the depression. Tom’s character is easy to relate to, looking for that exact moment when everything fell apart. (500) Days of Summer has a hipster aura that should resonate well with the current generation of early 20-something youths.

Marc Webb has a long history of directing music videos and his feature debut with (500) Days of Summer cements his ability to reach out to a younger audience. He uses a throwback to his music video days with a small musical dance piece towards the beginning as Tom and Summer’s relationship grows stronger. Going back and forth between the pivotal days in Tom’s infatuation allows us to remember the same ups and downs in the relationships we all experience. Webb has a created a charming love story that is inventive, fresh and extremely original. Thank you.

Joseph Gordon-Levitt and Zooey Deschanel have a magical chemistry which assists the film’s generational message. Alone, these talents have shown their magic in a variety of films, but together they make Tom and Summer seems as if they actually existed. Props to Chloë Moretz who captivated audiences as Hit Girl in Kick-Ass a year after (500) Days was released.

Life is a tragedy when seen in close-up, but a comedy in long-shot.

(500) Days of Summer offers both the tragic and revealing close-up of Tom’s depression, and the wide perspective long-shot of the humor in depressed state. Giving the audience a view into both angles is what makes this film such a successful romantic comedy. Where Away We Go examines how unnecessary marriage is in a loving relationship, (500) Days of Summer examines how this contempt of true love reigns supreme at an early age, even if Tom can change Summer’s mind.

Tom may have had his heart broken by Summer, but Summer’s heart grew stronger from what Tom had taught her. Tom will always be with Summer for her benefit, even if Summer is no longer with Tom. (500) Days of Summer is one of the independent films that is a cornerstone work for a generation. While it does not have the same cultural impact of The Graduate or Annie Hall, it will certain impact the current generation of American teenagers and college students.

We all asked ‘what happened to Benjamin and Elaine?’ in The Graduate. We were told they become their parents. I pose the question, “what happens to Tom and Autumn?” My answer: “Autumn becomes Winter”.