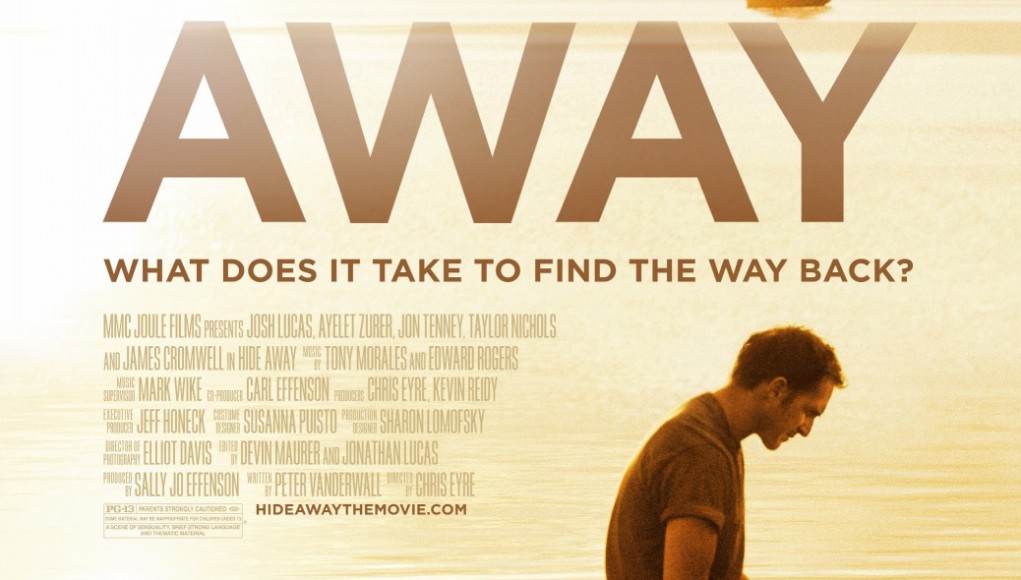 A Year in Mooring acts more as a novel than it does as a conventional film. For the art film lover, this is a hopeful sign for more culturally relevant stories for contemporary audiences. The references to 18th and 19th century poems and the contemplative nature of the film is a stark contrast to typical Hollywood fare. This film is in the feature competition at the 2011 Savannah Film Festival, and may take away much of the prizes.

A Young Mariner (Josh Lucas) purchases a boat, as is, and begins a year-long quest to fix it up. A terrible tragedy that is not entirely revealed to the audience has changed his perspective on life, and his attempt to refurbish the boat mirrors his personal grief. Over the year, he begins to find friendship in the humble regulars that frequent the harbor such a salty dog (James Cromwell) who has commonalities with the main character and the Waitress (Ayelet Zurer) who always chooses the wrong time to quit smoking.

The film’s narrative uses atypical devices to express both the grief and learning experiences in the unnamed main character’s life. The contemplative moments and the short vignettes that exist throughout the narrative complement each other, properly portraying the grief and the experiences of disappointment and triumph when fixing his boat. While we are never given the exact specifics on the tragedies that have transformed the Young Mariner and the Ancient Mariner, their bond forms from this inability to express themselves verbally. The slices of life have similarities to many of Jim Jarmusch’s films, whose films often use brief, sometimes static shots. The sum of these short, static shots is to reveal the whole which is the product of the parts. For A Year in Mooring, how can a filmmaker show the progression of a year in less than two hours? The reliance of these slices of life, is not only necessary, it is an inherent device that makes the film stand out among many other films.

A Year in Mooring features many references to seminal poems about the sea. The most obvious is the Samuel Taylor Coleridge poem “Rime of the Ancient Mariner“. The Ancient Mariner in the poem shoots an albatross from the sky, and is forced to wield the beast around his neck as symbolic burden. In the film, there is almost a sense of passing of the albatross from the the Ancient Mariner to the Young Mariner. A less obvious, but more relevant reference is the name of the boat the Young Mariner purchases called the “Hesperus”. This refers to the 19th Century poem “The Wreck of the Hesperus“, a tale of a sailor who ties his daughter to a mast in order to prevent her from being washed away during a terrible storm at sea, only to wake the next morning to see his daughter has drowned while tied to the mast. This reference may provide additional clues to the tragedy that the Young Mariner is grieving, especially since we are provided with small slices of a tragic event.

Director Chris Eyre, a veteran independent film director whose films have been a darling of Sundance since 1998, has crafted a modern-day story using the driftwood of literary classics of the past. An audience that is aware or even semi-aware of such references are given hidden ideology to sympathize with the Young Mariner, even if he may be at fault. The film’s use of vignettes contrasts with the long takes to represent the contemplative nature of the grieving main character. Lucas’s performance is mostly physical and his ability to perform is shown in his character’s lack of dialogue. His facial features reveal a man torn between his past and a boat that barely seems as if it will weather another winter. Supporting actors such as James Cromwell and Ayelet Zurer round out the colorful characters who humble the Young Mariner’s year-long residence on the docks of Mooring. A Year in Mooring acts as a contemporary novel in cinematic form and portrays relevant issues of grief that is rarely seen in the multiplexes, even during Oscar season.