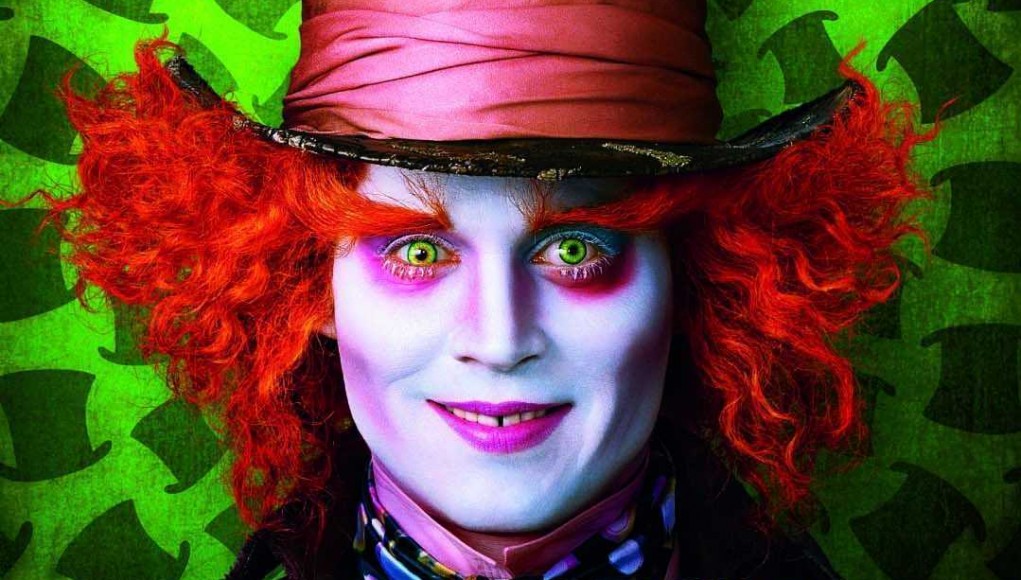 Alice in Wonderland, I believe, was a film that was very much highly anticipated by the public, so much that the film broke weekend box office records for March. Yet, the film itself failed to live up to expectations, no thanks to Tim Burton’s diminishing eccentric style. Burton’s films have little-by-little dropped in quality over the past 15 years, and Alice in Wonderland is no different.

Armed with an excellent idea and premise, Alice, now nineteen, returns to Wonderland. It is a fresh way to update popular characters and has been used before in Hook. Yet, Alice in Wonderland is unable to captivate the audience enough to make this sequel worth it. Now at the age of nineteen, Alice is being pushed into a marriage and society in which she loathes. Upon being proposed marriage Alice spots a white rabbit which leads her to a hole which she stumbles into. Here the typical Alice in Wonderland storyline continues, getting small to fit through a miniature door.

Unlike the typical storyline, Alice is dropped into a world in which she has been to before, Underland (Alice had mistakenly called it Wonderland), yet doesn’t remember. All our favorite characters, Dormouse, the Dodo, and Tweedledum and Tweedledee remember Alice as a child, and bicker on whether this Alice is the “right Alice”. After Alice meets the staple characters, the story line forks into a more original story of Alice saving the Mad Hatter and gaining the motivation to battle the Jabberwocky.

There are many issues that prevent Alice in Wonderland from achieving any sort of equal billing with the loved adaptations of the past. Save for Big Fish, Burton has not produced a decent film since 1996. Many of these films have fallen short as adaptations or remakes of previous films including The Planet of the Apes, Charlie and the Chocolate Factory and Sweeny Todd. Burton’s losing streak has gone on for many years now, yet his power as a filmmaker continues to rise. Burton is taking the series of characters that Alice meets and weaves it into a story meant to evoke a deeper connection to the whole film. However, this vision is unimpressive, and doesn’t truly captivate.

Where the idea of returning to Underland after thirteen years is an worthy premise, I personally, really wanted to see a re-imagining of the original story. But once I remove that disappointment from the equation, I believe that this film fails on many more levels. It does not have the weirdness that made Burton such a master in the 1980s and early 1990s, yet is so embedded into the original story (yeah, I want weirder). Alice’s character, as a nineteen-year-old, does not emote any sympathy for characters of Underland and Mia Wasikowska’s performance appears to be that of contempt. One of the most disappointing aspects of the film is Johnny Depp’s acting, which lacks any true enthusiasm for his character and it reflects in the lack of enthusiasm in the rest of the film.

Alice in Wonderland is filled with an ensemble cast including Helena Bonham Carter, Anne Hathaway, Stephen Fry, Crispin Glover, Michael Sheen and Alan Rickman. Their appearances and casting choices are excellent, yet their cameos supersede their character’s motivations and characterizations.

This is one of the films I recently saw in 3D in March (took me some time to get around to doing a review) and was very much disappointed by the obvious darkness and lack of coherent optical focus, which I’ve discussed before on my article about how I’m currently against 3D‘s current state. It is understood that Alice in Wonderland was retrofitted with 3D after it was completed, which can very well prevent the film from standing out. I’m absolutely positive the animators worked tirelessly on creating a gorgeous world for Alice to return to, however I was unable to enjoy it, as the third dimension distracted me from truly enjoying the world. I would recommend viewing the 2D version, if you choose to see this film at all on home video.

Tim Burton used to have the magic to take audiences to worlds in which we could never imagine for ourselves. Yet when he is given the opportunity to remake a classic, or adapt a modern classic, he fails miserably, and Alice in Wonderland appears to have continued that streak. Lewis Carroll’s original novels about Alice are already so odd, silly and hallucinatory, certainly not for children. Burton should be applauded for taking what has been deemed as a child’s story and turning back upside down to create a world that is grotesque and ugly. If anything, Burton’s Alice in Wonderland is a failed experiment for Burton and overall this film lacks originality, despite aiming for it in this re-imagining of this classic and staple literary and cinematic tale.