Home Movie Reviews All the Light in the Sky 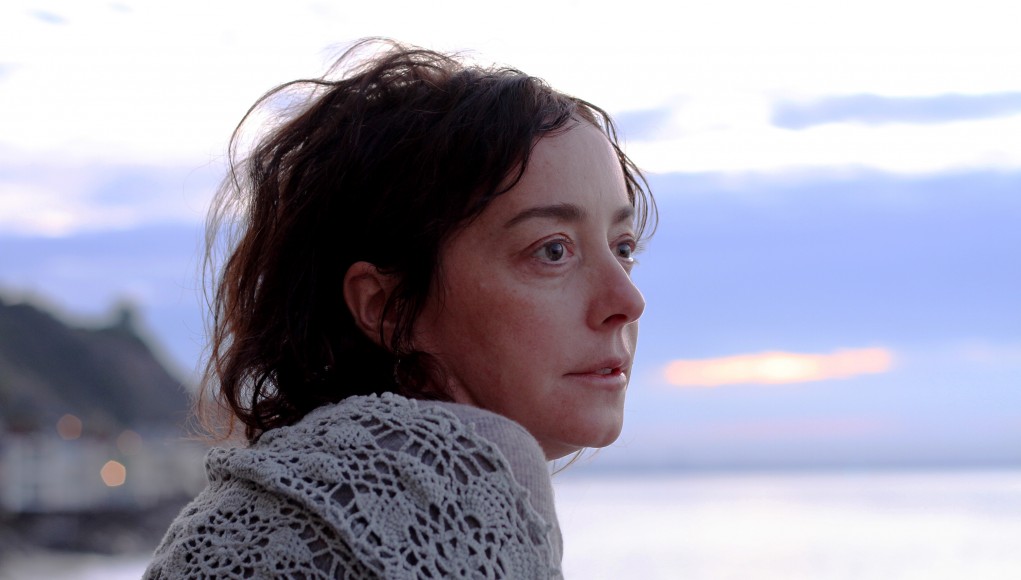 The Mumblecore tradition of a DIY style without a style has brought the new sincerity to film festivals in the past decade with characters studies are captured with an improvisational style. All the Light in the Sky is an indication that this form has matured over the years and is an effect of Director Joe Swanberg having directed and released six films released in 2011 alone, but also depicts an aging actress’s insecurities about her future career, a slightly semi-autobiographical parallel to co-writer and star Jane Adams’ life. Marie (Adams) is an actress living on the beach contemplating her career trajectory as she begins to enter into middle-age. She eagerly waits for her niece, Faye (Sophia Takal), who is also an actress, to arrive for a vacation. They have pillow talk over their career paths and current romantic states, but experience new romantic sparks during this week separately. In fact, when these two diverge is when most of the films struggles begin to take place.

Marie is still working diligently in order secure her next roles such as when she is stopped in her BMW on the side of the road checking in with her agent, researching a new role by interviewing a solar engineer, but commits to low-budget independents because “its still a good script.” Between these moments where her career still has some life, she has developed a daily routine of sleeping to YouTube clips and taking early morning boogie board ventures out to sea.

While Marie is still uncertain of her future, she is both proud and jealous of her niece’s youthful breasts and in her inherent beauty that will ultimately assist her career. Her envy is not that of a jealous actress competing for a role, but of a loving aunt who is proud that her niece follows her own career trajectory. Marie admits early on that she feels the most productive when she is alone, and remaining childless and unmarried has been advantageous to her career. It is only when Faye arrives and the introduction of Marie’s new romantic interest in Dan (Kent Osbourne) does she seem to loose her focus on her career.

In the Mumblecore tradition, Swanberg has invited Ti West, a far-flung horror director who has made some alignments with the Mumblecore filmmakers, and Swanerg has also reunited with some of his previous collaborators. There is also no coincidence that Marie’s career tends to parallel Adams’ own as she is a co-writer of the film. Yet, Swanberg has also retained his own sense of style without a style that is shaped by the improvisational work, an approach that produces organic moments such as Marie struggling to find the words to express her wisdom, perhaps like we do in real life, if there is any wisdom to project. There are also moments where the camera is awkwardly following the characters in confined spaces using a jerky motion, another deliberate use of a shot that in other films would indicate a rookie is at the helm.

The most memorable moments are Marie’s glances outside on her apartment’s balcony, leaning over the guardrail. She watches the magical light that is painted across the sky, and different days produce differently colored rays. Perhaps this is where the film’s title is derived. These are intimate moments that Marie has alone, but they are different than the ones where she cuddles up at night watching her laptop on the nightstand.

Swanberg has again showed us the intimate moments that happen on couches or in beds, or that those disappointments in life were out of your control. All the Light in the Sky captures the shyness of those moments when an awkward kiss becomes more awkward, or the shared reluctance to undress in front of a new potential lover. Marie’s own insecurities of introducing her “old body” to a new man is a metaphor for her anxieties of redefining her career as she enters middle-age.  All the Light in the Sky presented with a style developed as an afterthought of sticking to a low, or no-budget. It is an indication that the DIY aesthetic has grown up and become a tendency that is no longer relegated to poor technique from rookie filmmakers, but are malleable cinematic devices that can be used as a form of expression that favors character studies.