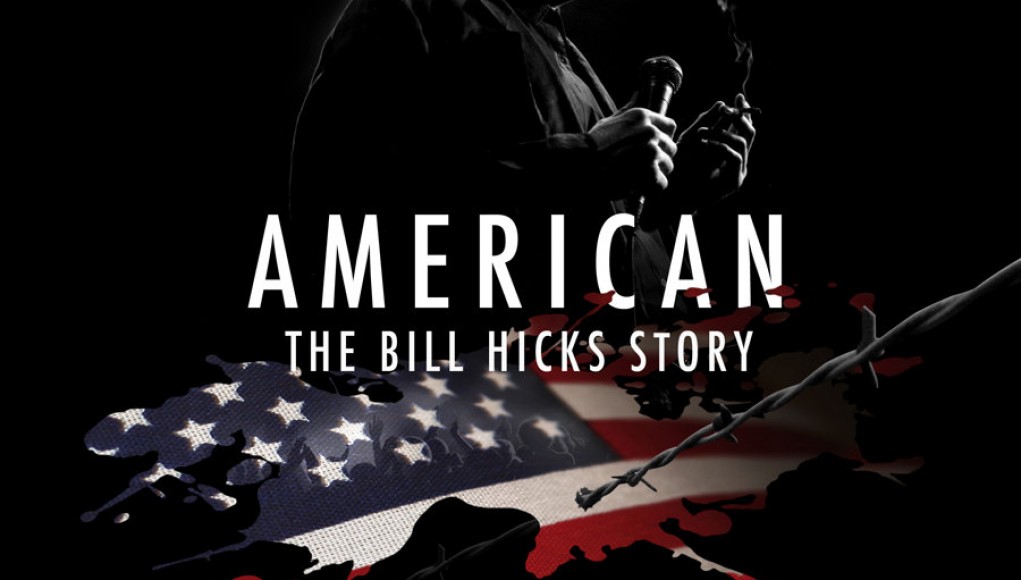 There are only a handful of American comedians who changed the landscape of American stand-up comedy, but none did it quite like Bill Hicks. American: The Bill Hicks Story is a biography that captures the comedian’s rise, struggle, his burst into international fame, and death at a young age. The film is primarily animated using photography and footage from Bill’s early life and is narrated by friends, family, and his contemporaries. The animation is fantastic from start to end and offers an experience and nuance that few documentaries will ever reach. The animation is filled with texture, sophistication, and is certainly colorful, as is Hick’s performances. In short, this choice of form allows you immerse yourself in the wonder of Hick’s life, from sneaking out of the house at seventeen to attend his first performance to his first psychedelic trip.

Prior to seeing the film, I have heard a few of Hick’s albums and never found myself invested in them. Perhaps it was the fact that his influence has reached into modern stand-up comedy, giving it an antiquated quality compared to modern stand-up. I was never offended and his humor certainly never was above or below me. However, after watching the documentary I know exactly why his humor never hit me before, because he is as much of a visual comedian as he is vocal. His facial expressions, the sweat dripping from his forehead, the intensity in his eyes, the communication with the audience are essential elements to what made Bill Hicks, Bill Hicks.

Hicks died at a young age but the documentary shows that Hicks learned to live a full life, particularly when the blankets of bullshit were pulled away to reveal the truth. His experiments with mushrooms and alcohol assisted in these revelations and would take his act to a new level; at first a blessing, later a curse. The film also never lingers on any one moment and the keeps the pacing at a fairly steady pace throughout. By never lingering, we are able to see how much really accomplished in a short amount of time. The film is an inspirational event that portrays what Hicks was really executing on stage: being an American. The film’s title is so perfect since it represents the basis of Hick’s career: freedom of speech. Hicks specifically attacked what he knew was wrong with America. Politics, lack of education, marketing, and even the inability for some to pick-up on satire. Hicks certainly enjoyed a fairly enjoyable fanbase in America, but it was not until he made international appearances, where his satirical outbursts at American politics were uniformly greeted with enthusiasm.

American: The Bill Hicks Story is never overly-sentimental or corny, but it is exact. Hearing from friends and family we are provided a very intimate picture of legend who died far too soon. His legacy changed the face of stand-up comedy. There was a new sentimentality in stand-up comedy throughout the 1990s and there is no doubt that Hicks had a hand in this evolution. Take a look at the comedians who came up through the ranks during this time period, you will see the same frustration and satirical demeanor that Hicks initiated. Bill Hicks celebrated Americana by satirizing it and used the foundation of America’s freedoms to beat the public’s consciousness over the head. America still does not know what hit ’em.

While the film certainly does include excerpts from Hick’s performances, the film does not limit itself to such excerpts. Instead the film continues to tell the incredible story where the dream of a young boy was never compromised for financial success. If you specifically looking for those performances, do yourself a favor, forget the audio and seek out video of Hicks. American: The Bill Hicks Story is another fantastic account of a talent person never giving up, overcoming obstacles, and persevering. Bill Hicks blamed the Man for creating a false sense of security that the American Dream is attainable. He attained it himself, albeit on his own accord.