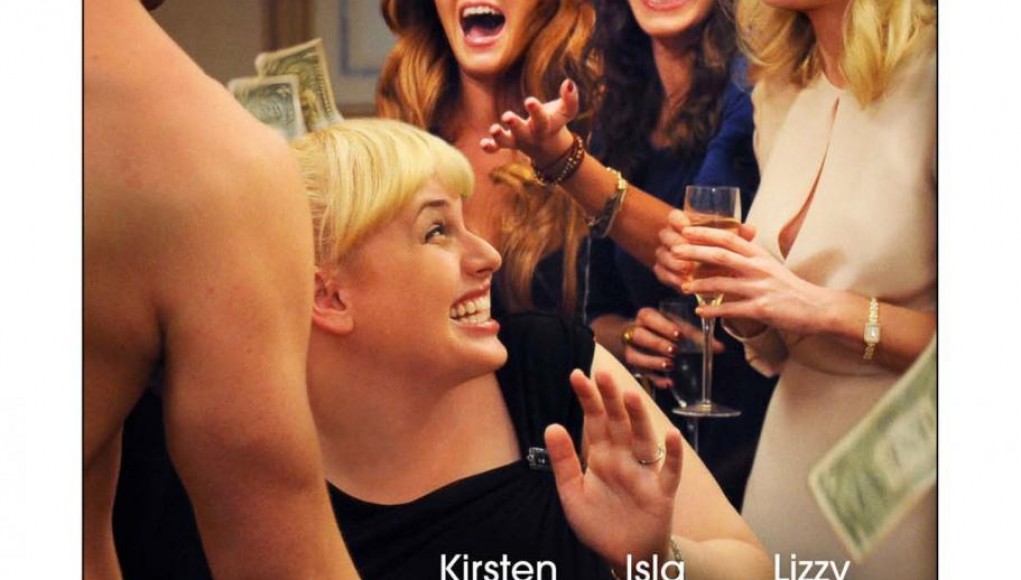 Predating The Hangover films and Bridesmaids, Bachelorette was originally a 2008 play, and even though the comparisons are obvious, all the films have remained vastly original. The Bachelorette’s theatrical origins have complemented this character study, and has proven itself to be an engrossing dark comedy that utilizes feministic themes coupled with captivating and charming performances.

Regan (Kirsten Dunst) spreads the news to Katie (Isla Fisher) and Gena (Lizzy Caplan) that their high school friend, Becky (Rebel Wilson), who they teased due to her obesity, is getting married before them, and to a much more attractive man. After accidentally tearing the wedding dress the night before the wedding, the three women rush to fix the dress while heavily inebriated, which exacerbates their insecurities and mistakes of their past. Armed with blow, repressed anxieties, and a torn plus-sized dress, the women rush through the city that never sleeps to give the girl they teased a wedding they feel they do not deserve.

The premise and cast of Bachelorette promises many of the same elements and tropes found in films based around wedding-themed crises. With the urgency of The Hangover and self-actualization of Bridesmaids, the film happens to build upon the gross-out success of the two filmic predecessors and includes a unique sensitivity to women of all insecurities, shapes, and delusions. The self-destructive flaws of each of the women are sincere, and film balances the struggles with compassion and hilarity.

Not only do the women have to face certain failures of their present, they must face the men of their past. Katie used to cheat off Joe (Kyle Bornheimer) in French class during school, who in turn has had an unrequited love for her ever since. Gena has to face her high school boyfriend, Clyde (Adam Scott), who did not meet her at her abortion when she was fifteen. After exercising, eating well, going to college, and struggling with bulimia, she is disappointed in where he life has lead her.

In a rarity in this day and age, Bachelorette has enjoyed tremendous success in the VOD market long before seeing a nationwide theatrical release. Rather than an all-out gross-out comedy, the film uses much more subtle and insinuated comedy (okay it still gets pretty vulgar), giving it chance to breathe rather than be strangled by criticism of exploiting the premises of other wedding-themed comedies. The poster may imply an all-out party, but there is a balance of sincerity and subtle shock that is missing from the mentioned predecessors.

Bachelorette has some powerful performances that are not solely built on comedic timing. Dunst expresses the frustration of a woman who worked for it all with no sense of accomplishment, but she wears this defeat with confidence that she make it through. Caplan also walks with a defeatist attitude, especially as she teeters on the brink a dangerous drug habit. Fisher portrays a woman who chooses to act as she treated; a perpetually dumb and easily exploitated woman who is unable to shake this conduct. Lastly, Wilson, who enjoyed success as Kristen Wigg’s creepy roomate in Bridesmaids, offers a much more realistic and grounded portrayal of a woman in fear of not having her dress before her wedding.

As Leslye Headland’s directorial debut, and produced by Will Farrell and Adam McKay, the team that have provided some of the greatest American comedies both on the screen and on the internet, Bachelorette is a dark comedy with a touch of feminism that is rarely seen in today’s climate. It is what separates itself from Bridesmaids and The Hangover, and has proven to be a break out hit on VOD. The film never promises to be anything, but it happens to be a very good and an unpredictable dark comedy that no one ever expected.