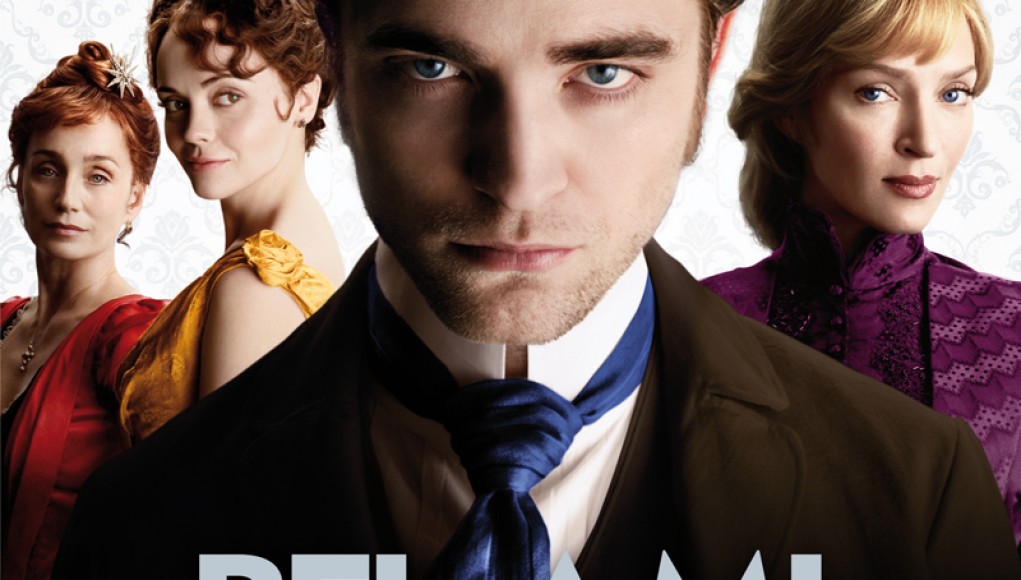 The fourth estate is a petty one. With the power to influence millions, newspapers and journalism can do just as much harm as good, and influence voters to vote against their interests. Based off Guy de Maupassant‘s 1885 novel, Bel Ami does have a consistency regarding its inherent theme of social hypocrisy and gasp-inducing plot twists. However, even the political interest of the main characters is not enough to help this film arise above its melodramatic backbone.

Georges Duroy (Robert Pattinson) has returned to civilian life and has stumbled upon Forestier, an old friend who invites him to an evening dinner with a sample of France’s wealthy elite. At this dinner, he meets three women who will dominate the film’s narrative; Clotilde (Christina Ricci), Madame Walter (Kristin Scott Thomas), and Madeleine Forestier (Uma Thurman). Georges begins to work as a political writer at a newspaper with assistance from Madeleine and enjoy affairs with each of the women.

There is something incredibly genuine regarding the three central women in this film. Clotilde is the only woman that truly loves him for all his flaws, willing to remain with him during all his infidelities and his hypocrisies, even though she is married to someone else. Madaleine sees his immaturity and animal instincts to devour and utilizes it as leverage to further her political and economic intentions. She is genuine because she is able to maintain her interests beyond Georges’s faux-love. Thomas’s character also has a genuine love for Georges, and despite her middle-age, she falls for him like an inexperienced school-girl.

The film clocks in at a tad over 100 minutes, and the narrative feels as if a large chunk of story and details are compressed together over a select few years. Then again, the original French novel is over 400 pages long and attempting to nail each and every detail would be a tedious project, perfect for a BBC miniseries.

Bel Ami has the soap-opera structure that some will love, but the same elements others will find tired and melodramatic. This is a film that requires the spectator to already have an interest in scandalous sexcapades found on day-time television. In other words, its target audience is primarily women, and French literature aficionados will be left cold.

Despite the melodrama, the film does have a have fantastic score that will leave an ear-worm swimming in your head. The film may not be everyone’s cup of tea, but the soundtrack is worth a night on the turntable and a glass wine.

Kristin Scott Thomas’ performance is one of her best compared to her more recent roles (i.e. Sarah’s Key and Salmon Fishing in the Yemen) while Ricci and Thurman also provide worthwhile performances. Robert Pattinson somehow has a controlled stubble throughout the film even though the lack of technology to provide such a facial fashion, and he has the rat-like facial features required to pull off such a despicable character.

Bel Ami is by no means a great film, but one that is able to place the power and corruption in the close quarters between press and politics, and the ease of corruption between both. The film portrays the hypocrisy of the press, and whether this theme connects with either the original narrative setting of mid-19th century or current times, the theme has relevance that cuts across countries and time periods.