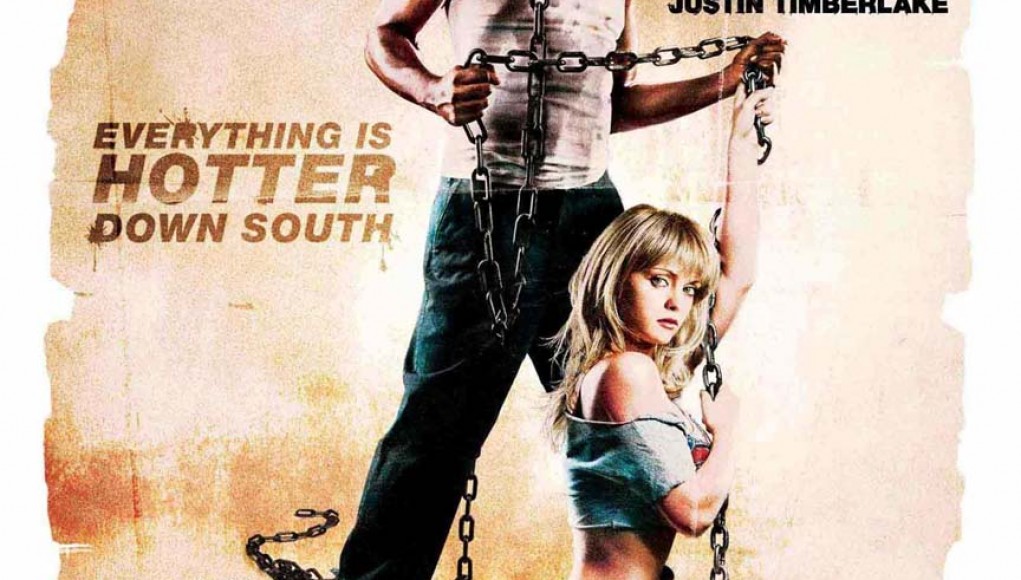 Once again, marketing diminished my intentions to see a movie. After seeing a trailer for Black Snake Moan in 2006, I went against seeing it. Fast forward to 2010, the film slowly crept up on my Netflix queue and made its way into to my DVD player. Shocked by how the advertising and marketing of this film lured away my interest, yet the film is far better than the trailer would have one assume.

Lazarus (Samuel L. Jackson) is a religious farmer with a background in Delta blues guitar whose wife has left him for his brother. Rae (Christina Ricci) sees off her boyfriend Ronnie (Justin Timberlake) leave for deployment, and begins a tirade of sexual promiscuity. When she declines advances from a friend of Ronnie’s, she is severely beaten and left to suffer on the side of the road.

Lazarus discovers Rae and takes her in for convalescence. During fever outbreaks, Rae tries to escape, provoking Lazarus to tie her to a radiator with a chain. After finally recovering from most of her wounds, she remains under Lazarus’ care in what he believes is a spiritual duty to guide her away from her current lifestyle.

Black Snake Moan was heavily promoted toward the the testosterone driven twenty-something demographic, and Director Craig Brewer’s previous film Hustle & Flow has very much a hint toward the same demographic. This is a shame, since the overall style and themes were far more mature than advertising material would suggest.

The performances of Jackson, Ricci, and the few moments with Timberlake are excellent. Jackson and Ricci portray their characters well and the bonding between the characters are believable, better than the film’s content itself. The talents have taken a chance at a film script that had potential, yet bogged down by marketing efforts.

The film is heavily set within the Delta blues mindset, even the title is named after a song, “Black Snake Moan”. A downed town where everyone know everyone else, it appears that only the blues can bring them together, even when everyone is torn a part.