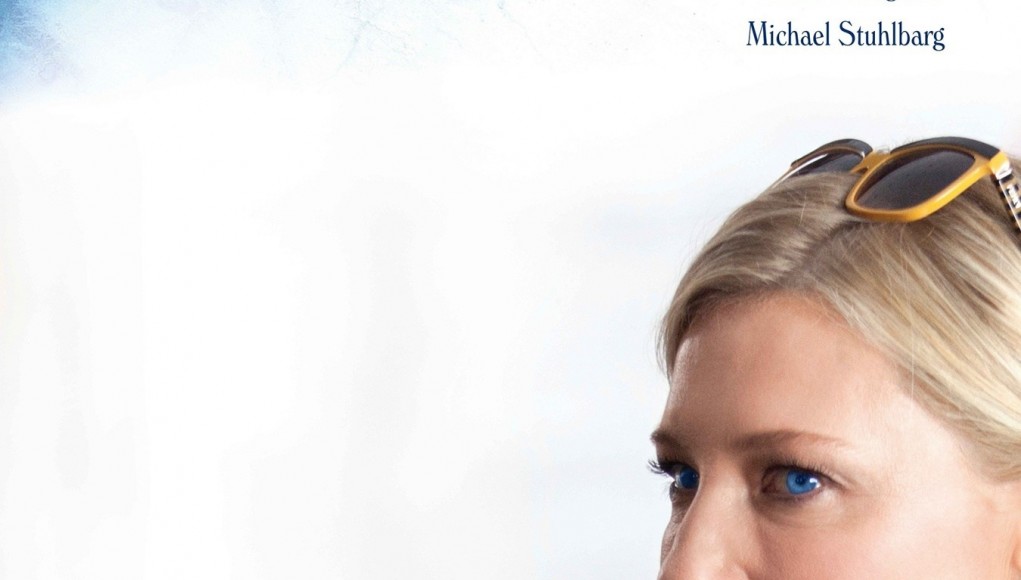 “Atypical” would be the word that best describes the story and performances in Blue Jasmine, Woody Allen’s most recent film. From the transformative performances from comedians Louis C.K. and Andrew Dice Clay, to the palpable portrayal of eponymous character who must pick up the pieces of their life, Blue Jasmine is one of Allen’s best, even when considering his success with Midnight in Paris.

Jasmine (Cate Blanchett) arrives in San Francisco to stay indefinitely with her sister Ginger (Sally Hawkins). Jasmine is picking up the slowly creating a new lifes after her husband Hal (Alec Baldwin) was convicted of securities fraud and embezzlement, forcing Jasmine from the heights of wealth to zero. She was accustomed to a glamorous life of vodka martinis and magazines on outdoor decks of sprawling estates, but now she struggles with working as a receptionist, studying basic computer skills, and a fleeting case of psychosis. Both she and Ginger  navigate together through the complexities of dating and recovering after finding bottom.

Blue Jasmine bounces back and forth between the present and the moments leading up to when Jasmine’s life flipped upside down. The moments of the past transition back to the present through Jasmine speaking to herself in public, prompting others to see her as a crazed woman. Balancing reception work, continuing education courses, a thirst for martinis, and penchant to consume Xanax like Tic-tacs, all make matters worse. Ginger herself jumps between two men (Bobby Cannavale and Louis C.K. respectively), after divorcing from Augie (Andrew Dice Clay), who lost his savings and lottery winnings on Hal’s investment fraud.

Allen’s last string of films have predominately been up lifting comedies, many of which have been in Europe. This study abroad has been hailed as a positive influence, even if a few of the films have not been critically well received. Although he has returned to produce films in the States since then, Blue Jasmine is Allen’s most culturally relevant film in the past decade, as the catalyst for the film points to the dozens of cases of fraud, Ponzi schemes, overall mistrust of the financial sector, and the fallout of those closest to the perpetrators.

Although Jasmine is personally and financially affected by Hal’s arrest for securities fraud, she had always turned the other cheek, citing that she just signed what was in front of her and refused to learn Hal’s financial lingo. Instead, she was more interested in her martinis, lounging, and lunches with friends. Thus, transitioning from loafing to becoming proactive and independent is a struggle that she does in fact tackle, but the internal and external conflicts remain.

Jasmine and Ginger are sisters who were adopted separately, whose names match their personalities as well as their post-traumatic personal and professional lives. Even with Hal’s crooked business deals which ruined Ginger’s marriage and finances, the two sisters remain close.

This new approach to contemporary issues is appropriately portrayed by colorful cast of characters that are supported by an ensemble cast, many of whom have provided some of their best performances of their careers. Blanchett’s drunk and drugged anxiety-ridden bouts exude a sense of realism: Her eyes struggle to remain open, the tears force the make-up to run, and her lips protrude with the relaxation that the Xanax provides. Comedians Dice Clay and Louis C.K. both offer defining performances that are atypical of their known personas. Like his character on 30 Rock, Alex Baldwin plays a distorted guise of his real-life left of liberal political leanings.

Despite the predominately natural lighting, or bright source lighting, Blue Jasmine is one of Allen’s darkest films. Yet the film does not forcefully convey these darker themes or fixate on them; instead these themes reveal themselves little by little. The film is bound to be one of the highlights of Allen’s extensive career, especially from a director who has released a film annually for nearly four decades straight.