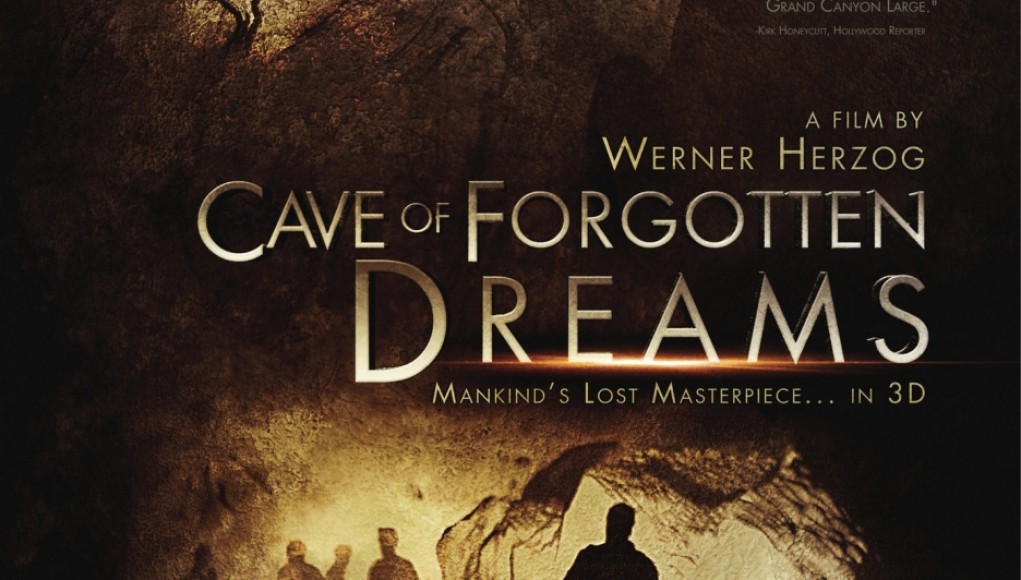 I have been very frank about my attitude toward 3D films but there have been a few 3D films that have captured my interest based upon their featured gimmick. Cave of Forgotten Dreams is among those films. The ability to experience one of our species’ earliest known forum of artistic merit on the walls of these caves has been captured by one of our most advanced forms of artistic creation, 3D. Werner Herzog returns to the documentary form with a film about the Chauvet Cave in France that features cave paintings that date as far back as 32,000 years ago.

Herzog’s characteristic thick, German accented narration guides us through a cramped tour of the pre-historic cave. Herzog’s production team was allowed to visit the cave for only a few hours each day over a handful days, as well as having to limit his team to three crew members and had to remain on a 2-foot steel walkway the entire time. Regardless of the limitations, the film effectively reveals the heart of the film, how advanced our species was when it came to art during the paleolithic era. Most of the art in the cave revolved around animals such as horses and bison, but often times these animals were given additional legs to denote movement. As Herzog calls it, proto-cinema. The faces of the horses have definition and the how the animals are posed on the wall shows that our ancestors understood the importance of geometric foundations in art.

It is surreal to consider that early man either occupied before, during, or after cave bears, tigers, and wolves roamed the cave. Herzog points out how footprints from a wolf are close by to that of an eight year-old boy. He ponders about whether the wolf walked alongside the young boy or if the wolf was trailing him.

Cave of Forgotten Dreams tells the story of two sets of painters, humans and earth. Alongside the immaculately kept cave paintings are gorgeously sculpted mineral deposits that give off glamorous sparkles. The cave is much larger than one would expect, a CGI rendering of laser scans places the context of the cave’s size into perspective early in the film. The art on the walls of the caves is just one of many artistic forms that existed in this time period. Herzog found archeologists who had found ivory flutes from the same time periods that included notes from the pentatonic scale.

For a 2D film, it is easy to point out areas where the film was specifically meant to embrace the power of 3D. Objects are blocked in the frame to take advantage of their depths making the foreground objects appear distorted. Without 3D, Herzog is still able to create an understanding for depth between objects and focus on a single object in order to capture the definition and clarity of the treasures found in and around the Chauvet Cave. It is a uncanny how the films that capture the most amazing phenomenon about or world(s) make the best use of the most recent technological achievements in the film industry such as 3D and IMAX.

Cave of Forgotten Dreams effectively allows us to make an emotional connection to our early human ancestors by way of art. Herzog has captured the archeological and cultural climate of the treasures found in the cave making the film itself a painting of our own humanity. Lovers of all forms of art will have a profound connection with the paintings and will have a chance to imagine how and what our earliest ancestors once dreamt of and how they chose to express it.