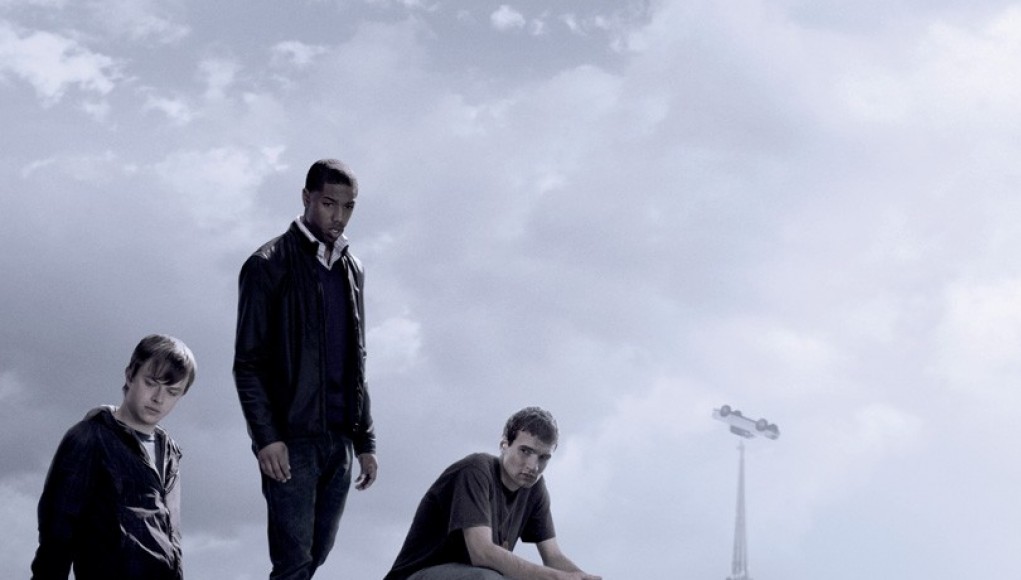 We do not often see films that show a first-person perspective rise of a villain. When we do, we are rarely given a chance to sympathize with the individual. Chronicle mends two recent film trends, first-person perspective and super-hero narratives, to explore the abuse of power, its relationship to Survival of the Fittest, and capturing moments rather than experiencing them.

Life seems to be caving in on teenager Andrew Detmer (Dane DeHaan). At home, his father is a violent alcoholic and his mother is extremely ill. At school, he is bullied and isolated. After purchasing a camera he begins to take it with him everywhere and capture his life. During a rave party, his cousin Matt (Alex Russell) and school body president candidate Steve (Michael B. Jordan) explore a hole in the ground and discover something that gives them telekinesis.

The three discover their powers and begin to experience the pros and cons of such power. The set-up is not any different than most first issues of comic books; One or more people are involved in a freak accident with some sort of element and gain supernatural powers. Yawn. Yes, Chronicle recycles these tropes along the traditional high school narratives. But, the first-person perspective seems to help in delivering these recycled tropes and plots.

Cloverfield, Blair Witch Project, District 9, and Enter the Void are recent examples of films that have used the first-person perspective, specifically a hand-held camera, to insight suspense and portray the supernatural through the eyes of the protagonists. The growth of first-person shooter video games and the epidemic use of smart phones to document reality have given the current youth generation a medium between the event and the spectator. The first-person perspective was passed off after the terrible reception of Lady in the Lake (1947), but today it has found an audience that tends to tolerate it.

Filled with mostly unknown young actors, the performances were not at all hindered by celebritesm which also promotes the everydayness of the situation. Dane DeHaan’s appearance, specifically the bags under his eyes, shows how life has beaten this young and impressionable teenager down. Tired of being pushed around, his new abilities become more than a toy, it becomes his survival, a plot point that even Andrew acknowledges as his discusses his understanding of Apex predator. Last year, the indie film Super also portrayed a citizen turning to street-level justice and used a first-person point-of-view, minus the hand-held camera work. In that film, the main character begins to abuse his powers even when no legal crime has been committed. These two films both show how the mythical Western mentality of taking justice into their own hands continues to reign in American filmmaking, even if the Western landscape has been replaced with a modern suburb.

While the film does explore recycled narratives and tropes, and does it rather well, the film does suffer from effects that simply to not feel adequate and fail to hide the digital insertion. There are issues that the film seems to skirt such as how far can we continue to sympathize with a soon-to-be villain, specifically before he explodes. Nonetheless, Chronicle surprisingly succeeds in its attempt to explore issues and cinematic devices that have been done before.