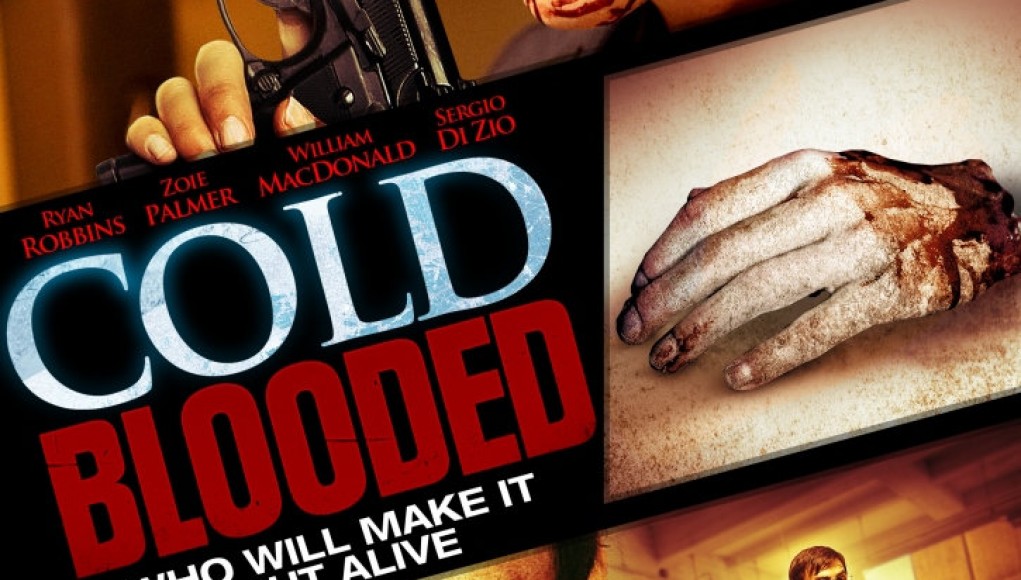 Save from a few campy moments, Cold Blooded is a crime thriller that is unequivocally more interesting than its Hollywood counterparts. Featuring a hyper-dynamic sense of character relationships and plot, the film is a refreshing independent effort. With so many filmmakers wishing to replicate and honor the Tarantinos, Rodriguezes, and Romeros of the world, it’s impressive to see a young filmmaker find their own voice and express that voice through resourceful filmmaking.

When a jewel heist goes awry, one of the thieves is fatally shot by a police officer and the other one, Cordero (Ryan Robbins), receives only overnight hospitalization. Even with the only living suspect in custody at the hospital, the stolen jewelry is still missing. Officer Frances Jane (Zoie Palmer) takes over the shift, watching over Cordero at a protected wing of the hospital. If it Frances had a choice, Cordero’s injuries would be minor enough to put him in the precinct’s jail, but Dr. Gill (Huse Madhavji) is insistent that Cordero requires healing. When Mob boss Louis Holland (William MacDonald) arrives with his minions to uncover the whereabouts of the jewels, the wing of the hospital becomes a hunting ground with both Cordero and Officer Frances both struggling to survive.

After the exposition, the film adopts an erratic pace as a relentless spat of twists increases the stakes exponentially in a multi-plotted cat and mouse chase set in real-time. Except for Cordero and Frances, the officer on duty, the wing is vacant in an almost apocalyptic fashion. Rooms are empty, while stretchers and transporters line the walls giving the hospital an aptly eerie atmosphere lit merely by occasional florescent lights.

The actors are adequate at their roles, but their amateurishness is certainly apparent. Then again, so is the writing. While the core of the film features a solid, comprehensible story, dialogue is jotty and some character choices border on nonsensical. For instance, Frances suffers from a major physical trauma in the film, and rather seek urgent medical help, she wanders off at the end as if she had captured some shit-kicking Western victory.

Writer and director Jason Laperyre has a knack for dynamic plotting in singular locations. His previous film, I Declare War, captured the imagination of children playing capture the flag and overlaid it with relevant political themes regarding the United States’ military scandals. In that film, Laperyre used satire to convey the idea that children resort to the same concepts of war as adults. With Cold Blooded, the satire is replaced with sporadic bits of dark humor, but the film never revels in it. Yet, both films feature an ever-changing dynamic of characters fluctuating between alliances, an at-large desire to obtain a single object, and the struggle to survive in a seemingly neutral setting, except when occupied by humans.

Cold Blooded is impressive for its resourcefulness in the face of a rather complex plot revolving around a dynamic, ever-changing sense of danger. However, it’s far from Laperyre’s ingenious predecessor I Declare War, but it shows that this storyteller has a knack for attempting more complex character interactions, and his future output will be welcomed.