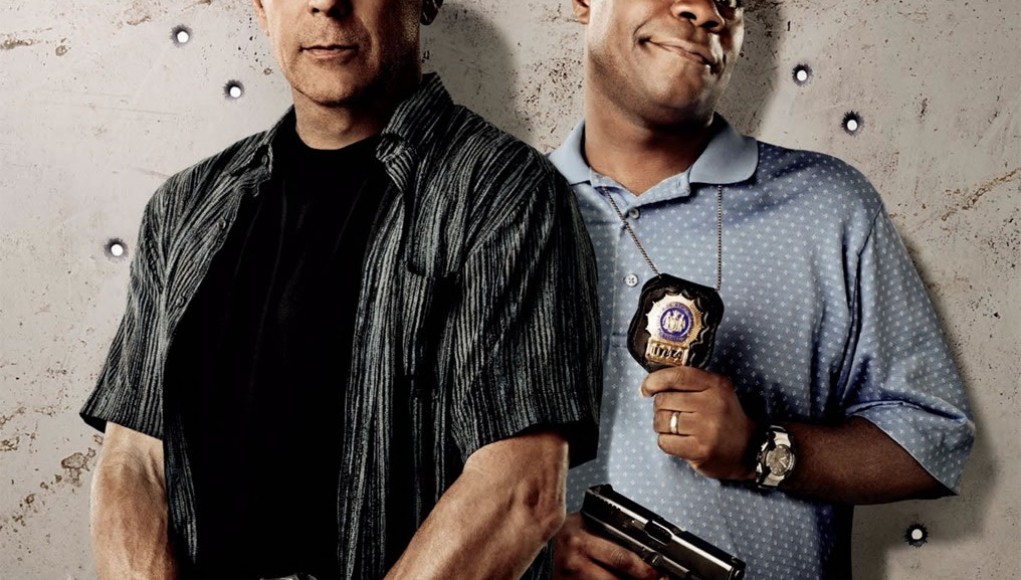 Jimmy Monroe (Bruce Willis) and Paul Hodges (Tracy Morgan) slowly find themselves suspended for a month with their weapons and badges revoked. In order to pay for his daughter’s wedding and not suffer from humiliation from his ex-wife and her husband, Jimmy chooses to sell a 1952 Andy Pafko baseball card worth tens of thousands of dollars, which essentially gets stolen.

Jimmy and Paul find themselves tracking a drug cartel whose leader,

Smith takes your typical buddy-cop team-up and storyline and gives it traditional spin. Nothing new happens here whats-so-ever. The opening scene features a interrogation gag and then segues into a street chase which is oh-so original. The best performance here is from Sean William Scott, whose character is a thief who uses parkour (the art of finding creative ways to overcome everyday physical obstacles) to sneak his way into homes. Every time Scott is on screen, he steals the show.

The gags and jokes in Cop Out fall flat quickly into the lame category, and the rapport between Willis and Morgan gets old and tired quickly, even within the first scene’s interrogation.

Smith is mostly known for his vulgar comedies that have had major impact on American culture (Chasing Amy & Clerks). However, he has also had his share of flops (Jersey Girl). Smith hints that he, the director, is in control of this film and is either portraying a homage to buddy-cop films of yore, or just along for the ride—a victim of working for a major studio.

The team up between Willis and Morgan is on paper a great idea. With Willis’ background in action films and Morgan’s outrageous one-liners and goofiness you would think that this collaboration would be perfect. But then again, you could have thought the same thing with Anger Management.

On paper, Cop Out looks to be Kevin Smith’s best opening ever (dollar-wise), yet the film itself if easily his worst. More so than, dare-I-say-it, Jersey Girl, which at at least was well-written and well acted.

If Cop Out provides anything, hopefully it is to give Smith the momentum and education to return to making films that have social and cultural commentary helmed by vulgar social outcasts. With Smith’s break into the major motion picture directing, he may have attained the knowledge to make an accessible film that uses his common vulgar social outcast style. Cop Out in someways is exactly what its title suggests. If Smith plays his cards right, Smith may find himself a better director on his next production because of it.