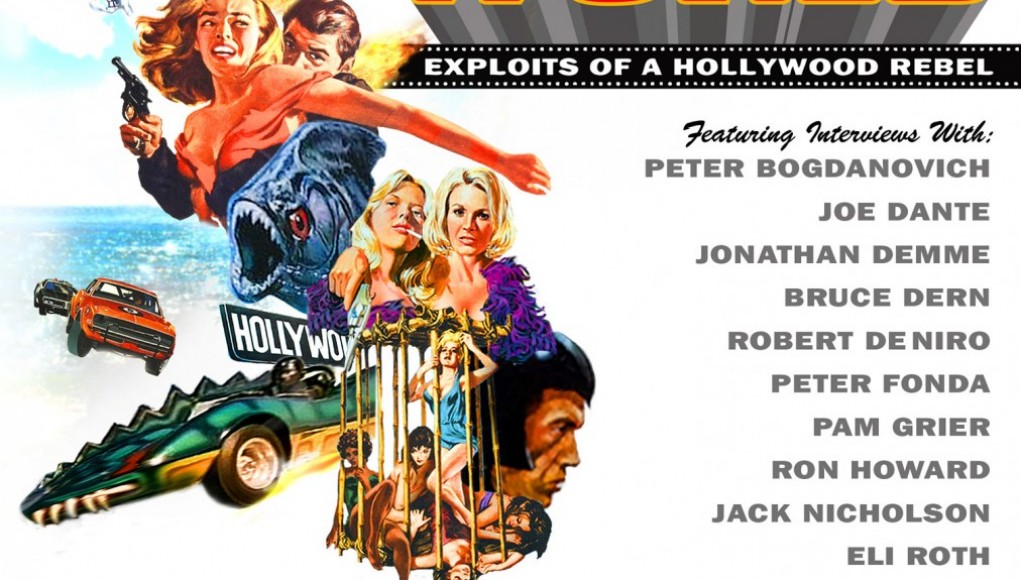 Roger Corman is responsible for the careers for dozens upon dozens of filmmakers, actors, and producers, and his influence on horror and exploitation films have set trends through five decades. The 2011 documentary Corman’s World chronicles Corman’s career from stars that he formed, the lives he touched, and the hundreds of films that have been produced under his control.

After earning a degree in engineering, Corman quit his first job after four days. He quickly took a job as a story analyst for 20th Century Fox, where after being uncredited for ideas used in The Gunfighter, he left to produce and direct films on his own. He slowly built a fanbase and employee loyalty making low-budget exploitation films that filled grindhouses and drive-ins across the country. Martin Scorsese, William Shatner, Jack Nicholson, Dennis Hoppper, are among a minute few who got their start under Corman’s direction and production.

The documentary reveals an incredible fact about Roger Corman: His films have shaped or revealed national trends and identity including teenage delinquency, 1960/70s counter-culture, the New Hollywood, and would eventually influence the high-concept pictures that would ultimately reach into Corman’s slice of the pie. In fact, his influential production formula, along with the French New Wave, helped push the figures in the New Hollywood to success, and then excess.

One of the most memorable quotes from Corman’s World is from Corman himself, that he finds it irresponsible for studios to spend tens of millions of dollars when that money could be used for social good. It makes sense. Corman did not just produce films for next to nothing because he was cheap, he did it because it was an ethical issue to him; money is not something to be wasted. Corman’s World also explains one thing that I too often forget, that Corman himself also knew well, that there is nothing wrong with a low budget, shameless, tasteless exploitation film, because there is a shameless audience that actively root for it. People want camp. It is the same reason why John Waters has a career, its the same reason why The Room has a cult status. Studios such as Troma Entertainment and The Asylum are just two of the unapologetic studios that have continued to delight audiences using the same sensibilities that Corman developed.

Corman’s World does a fantastic job chronicling Corman’s career and sprinkles humorous anecdotes throughout. The documentary keeps an upbeat pacing, and Corman’s lows seem to be few and far in between. However, the film seems to have large gap after the revelation that high-concept films, which were using the same Corman producing style on a larger scale, were beginning to eat away at his audience. At this point, the film briefly mentions that Corman had to adapt to direct-to-video releases before it seems to climax at Corman’s inevitable Oscar for Lifetime Achievement. Many documentaries run out of steam at this point before they have to pull an audible to hit the climax, but with such a rich career as Corman has had, I would have enjoyed seeing the struggle.

Film lovers will rejoice in the love that Corman has for his crew. The term “exploitation” has a negative stigma in most industries (as it should). But contributors in Corman’s World range from A-list stars, to world-class directors, to even the lowest production assistants on the totem pole, all of which have the utmost respect for the man. With Corman, what is exploited is the experience that can be extracted from low-budgets and limited amounts of time, and no one knew how to do it better.