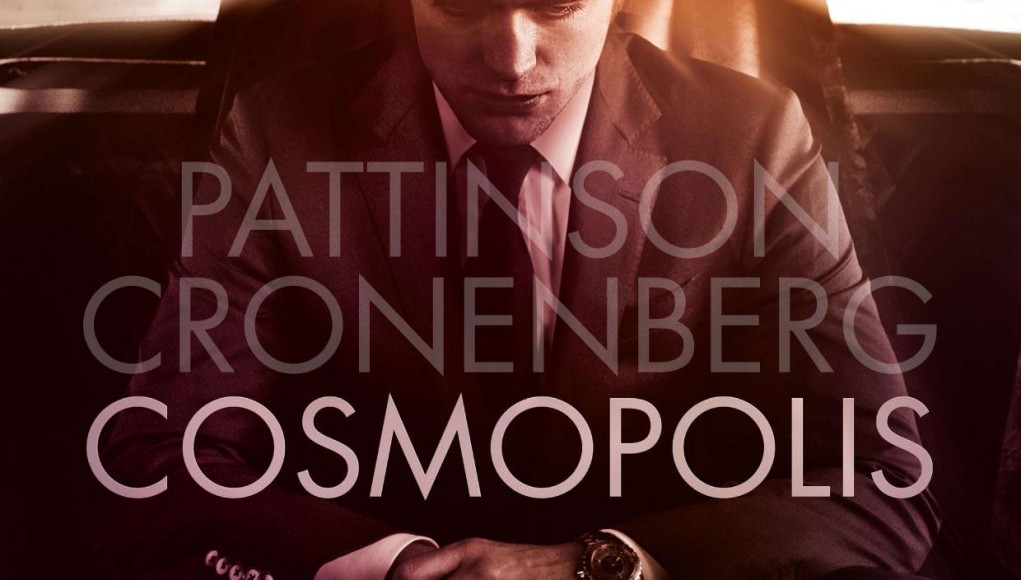 Director David Cronenberg may not reach wide audiences, perhaps for good reason. Cosmopolis is certainly not broad fare, but its themes are relevant, even if its execution is mushy. Regardless, the film portrays a wunderkind financial billionaire who loses it all in a day after over-exposing his assets and his soul.

The recently married billionaire Eric Packer (Robert Pattinson) decides to take a ride to his barber across Manhattan in his limousine. Traffic jams caused by the President’s visit, death of Eric’s favorite musician, and an anti-capitalist riot have made his travel across town a slow crawl. Eric begins to conduct all his business in the limo as he slowly moves across the island, and after a poor bet on currency, his company will be bankrupt by the end of the day and there has been rumors of a possible attempt on his life.

Eric has isolated himself from reality by locking himself in a limo as he travels across town, protected by a bodyguard on foot that surrounds the limo as it crawls through the streets. Eric even mentions that he has two private elevators, which exacerbates how isolated he is from the world. Eric undergoes a daily check-up, and when his typical doctor is unavailable, an assistant takes over and discovers that Eric has an asymmetric prostate.

Eric constantly brings up his asymmetrical prostate to others, and this asymmetrical theme is imperative to the film’s themes.  First, it shows his inherent weakness and imperfection. Showing such imperfection in the financial industry is a faux-pas. Expressing power through attire, vehicles, and other forms one-upmanship is a Wall Street staple. Also, the film slowly evolves from symmetry and balance to become asymmetric. Balanced shots and precision composition exposes the moments when Eric is on top of the world, isolated, and a fallen man.

The film opens with fictional quote: “The rat has become the unit of currency,” a theme that returns several times during the film. The black humor of this theme runs rampant, much like the riot where a giant stuffed rat is hoisted up, and again when two demonstrators throw dead rats at diners in a restaurant where Eric is eating. Eric and his employee even play with the thought of how rats could actually become currency: “The rat is down against the Euro today.”

Eric’s cold and distant interest in reality outside his direct circle signifies his indifference towards others. But it is not just him. During one of meetings with his wife, who has no interest in sex with him, she says “I don’t know how to be indifferent.” She, unlike Eric, knows that this opens her up to pain and tragedy. Eric rarely leaves his limo, which is bullet proof and armed with a toilet, liquor, and all the entertainment he could ever wish for. It is also his office, where colleagues, hookers, friends, and his doctors meet him to conduct business as usual, even if his usual business has been zeroed-out from a poor bet. This isolation increases his indifference to others, as his world is tightly controlled and protected, why should he care about others?

Cosmopolis has an impressive exposition, one that expresses the corporate over-reach, indifference, and greed in Wall Street. But the film begins to falter exponentially as it proceeds, finally become irritating by its finale. Pattinson is typically has been rather bland, but this time the blandness is useful to efficiently convey the indifference his character requires.  Essentially, his ability to be merely a set of good looks (according to millions of young women) and a wooden actor has proved to be an amicable trait for the film.

Cronenberg has typically been known for portraying moral failings in society regardless of its class origins. His films are far from subtle and either delves into body horror or egregious camp nature. Cosmopolis merely brings this theme of moral failure to an incredibly relevant time period. When Eric’s limo is vandalized, it returns us to the images of the Occupy Wall Street Movement. While the film is based off the novel of the same name by Don DeLillo, which was originally written in 2003, as we have seen throughout modernity, this theme of disparity between social classes has and will always exist.

Cosmopolis, like many Cronenberg films, is not an easy pill to swallow, and will divide even Cronenberg fans. In the meantime, the film’s relevancy of indifference and the banality of superfluous growth of wealth will returned to over the years, and the film will patina gracefully overtime.