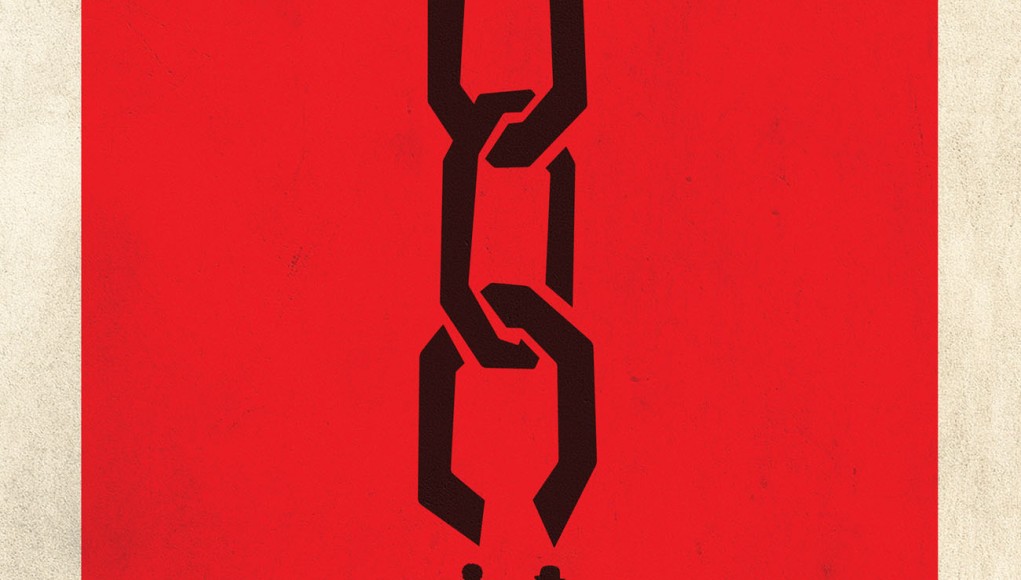 Director Quentin Tarantino is among the few filmmakers that continues to provide stylistic homages to his favorite by-gone genres and styles. Furthermore, he continues to provoke intellectual discussion of the film history and world history, while riding on a thin line between high and low brow filmmaking. Django Unchained returns to his signature revenge fantasy narrative by merging the Western genre with pre-Civil War south.

Django (Jamie Foxx) is chained to several other slaves while being transported by his owners. Dr. King Schultz (Christoph Waltz), a former dentist who has found more profitability in bounty hunting, frees Django in order to help him recognize his next bounty. In return, Dr. Shultz will help Django find and free his wife Broomhilda (Kerry Washington), who were purchased a part from each other.

Django Unchained, like Tarantino’s previous film Inglorious Basterds, deals with the ethical turpitude of a country’s past transgression. These films deal with oppression with humor and violence, giving them a stylistic revenge fantasy that counters the atrocities that are unanimously agreed upon today, but rarely portrayed in a humorous light due to the ugly historical nature. There is no doubt that many white characters are scrutinized, mostly from their liberal use of “nigger” and the marginalization of the black people. But even Django, once freed, gains a sense of superiority over other black people who remain enslaved. This superiority is not just reserved for the freed slaves. Stephen (Samuel L. Jackson) is the head of Calvin J. Candie’s (Leonard DiCaprio) estate, tends to remain loyal to his master and exhibit the same racism that the other white men depict.

Despite the egregious and universal racism, there are pockets of people who are sensitive to those perceived as the Other. Dr. Schultz, a Jewish Dentist, helps Django achieve a dream that was seemingly impossible, become a freeman and rescue his wife. It is a common theme in Tarantino’s films; a free and liberal sponsor supporting the primary protagonist to rise against their oppressors. This theme can be seen as post-atrocity apology for the many heinous ethnic and racial cleansing and tyranny that has occurred in the past.

Tarantino is targeted for his stereotypical portrayals of many races, ethnic, and religious peoples, but no one is really safe as this film’s aim is to show the absurdity in oppression. Rather than a straight-forward apology for the acts of slavery in the America, we are provided with stylized violence, crude language, and a bit of humor. This post-modern approach to egregious human violence is representative of that blend of classic but forgotten grindhouse cinema, shallow symbolism, fitting generic music and popular rap and R & B music that are among the more popular genres and styles of Black American music consumption today.

Django Unchained is a hodge-podge of many genres and styles including Spaghetti Westerns and Blaxploitation, while giving it the absurdist momentum to give the film the humor it needs to not be taken too seriously. Broomhilda is a black slave who speaks German. This alone helps her have a mutual relationship to her husband Django, but also Dr. Schultz, and is representative of the post-modern humor that Tarantino portrays in his films. To contrast the humor behind Broomhilda’s unexpected second language is the eventual antagonist Candie, a Francophile that is embarrassed by his inability to speak French.

Among one of the most recurring symbols in the film is the portrayal of blood spilling across a white surface, be it flowers, clothing, etc. It is a rather shallow symbol, but against the pastiche styling of genre parody, it is fitting. At almost three hours in length, Django only become unwelcomed after its most energy inducing scene towards the end, but its welcome is overstayed as that energy is never matched with another twenty minutes left.

The team-up between Foxx and Waltz is appropriate and their banter is fun. Dr. Schultz becomes a father-figure to Django, and even admits that freeing Django brought about a continued sense of responsibility in seeing Django’s freedom through the end. Schultz gains a friend, a partner, and a sense of fatherhood in setting Django free and giving him the self-reliance he needs upon becoming freed.

Django Unchained is typical Tarantino fare; your opinion of his work and career more than likely remain unchanged, and the film is not as noteworthy as Basterds or Pulp Fiction. Two long-winded shoot-outs push this film past a comfortable duration, but remains relatively entertaining thanks to the well-executed humor and patient narrative.