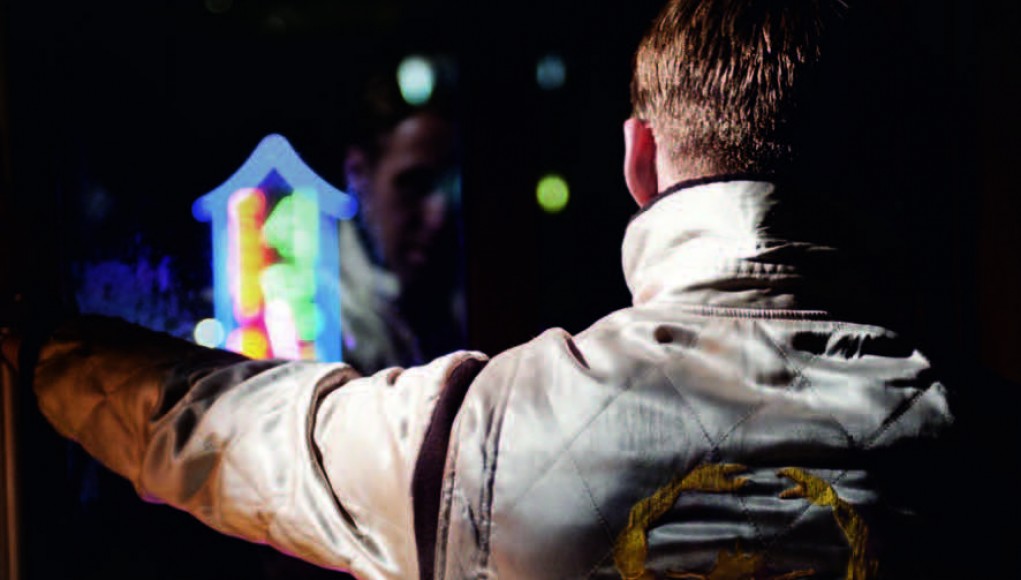 A stunt performer is always hidden in a film, but their performance tends to keep them ahead of the action. Drive may be one of the pivotal films of 2011, capturing the excitement typically found in testosterone-fueled smash ’em up car flicks and merging it with the contemplative nature of art film. Armed with an ensemble cast, a forbidden love, and a gangster plotline, this film takes common tropes and gives it a well needed intellectual spin.

An unnamed Driver (Ryan Gosling) holds many jobs, and holds them well. He is a mechanic for Shannon (Bryan Cranston), and a sometimes stunt driver for films. At night, however, he is a getaway driver. Shannon taps Bernie (Albert Brooks) to assist in funding a new stock car venture with Driver maning the vehicle. Driver befriends and falls for his neighbor Irene (Carey Mulligan) and becomes a father figure to her son, Benicio. Standard (Oscar Issac), Irene’s husband, returns from prison, but Driver maintains his loyalty to both Irene and her son. Standard is not easily off-the hook with his prior criminal past, and is violently forced to rob a pawn shop. The Driver takes his position with Standard and Blanche (Christina Hendricks), and nothing goes as planned.

I have never seen Director Nicolas Winding Refn’s previous work, but from the looks of his filmography, he has a long string of action dramas, and a certain maturity is shown in Drive. It is a throw-back to films that feature car chases of the late-1960s and into the 1970s, but it also considers the contemporary trend. The film then raises the stakes, taking its time with the storytelling by carefully setting up characters and their backstories. The clever use of cinematography and camera movement returns to themes and foreshadowing that make the ending so utterly perfect.

An aspect that makes Drive so unique is its contrasting nature between the serene moments between characters or even when Driver is alone. These contemplative moments capture the constant thinking and modesty that Driver exhibits. Yet, the film takes on action and violence similar to how it happens in life, unexpected, quick, and debilitating. Drive never comes close to gratuitous violence and supersedes common tropes in action dramas. Fast and the Furious fans will find themselves in familiar territory, but possibly disengaged in the contemplative moments. The soundtrack, typically not my cup of tea, is implanted over the visuals with aplomb, giving these mediocre songs some substance.

With minimal dialogue, especially of the main character, the talents in the film are able to explore and disappear into their roles. Gosling walks with a shit-kicker attitude and an modest understanding of his excellent skills in and out of the car. Brooks returns as an antagonist, a rather departure from his common stereotype and stand-up persona. Bryan Cranston, who has redefined contemporary antiheroes with his starring role Breaking Bad, emerges rightfully so besting some of this previous character acting roles. Then there is Carey Mulligan who has the subdued beauty and guarded demeanor necessary to carry out her character’s backstory.

The subtle moments between characters always return in the film, but none quite like that between Driver and Benicio, the son of the love interest. Several times in the film the two play the staring game, with Bencio blinking first each time. When this act of staring returns later in the film, it captures the lovely heart the film has beneath the action and drama; the cleverness of the production. So clever in fact, the spectator is the first to blink. Nevertheless, a stunt performer knows the danger they are about to enter every time on set, thus they take the necessary precautions and carry out their duties accordingly. It is my hope to see Drive enter into the mainstream conscious and pick up the positive reception that it deserves.

In Europe? Fancy catching up on Ryan Gosling’s back catalogue before seeing Drive? Well at LOVEFiLM, you can watch films online as well as rent the DVDs or Blurays if you prefer so get watching!