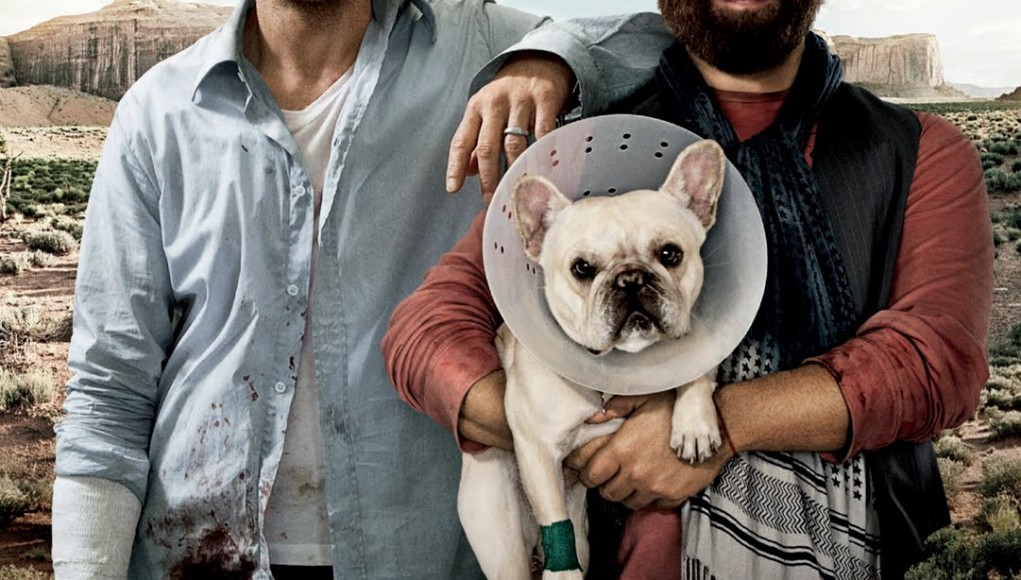 Due Date is a retread of the road-trip buddy film, evoking the inevitable comparison to Planes, Trains and Automobiles while being nothing like it. It follows the misadventure of Peter Highman (Robert Downey Jr.) and Ethan Tremblay (Zach Galifianakis) as they travel from Atlanta to Los Angeles in order to witness the birth of Peter’s first child. Along the way, they’re assaulted by a crippled war veteran, smoke some incredibly psychedelic marijuana, get sidetracked into Mexico and manage to flip their car off of an overpass and onto oncoming traffic below.

Some of these mishaps are genuinely funny, but overall, Due Date is only mildly amusing in terms of laughs and frustrating in terms of its convenient nature.

Director Todd Phillips (Old School, The Hangover) has done this type of road trip film before in the aptly titled Road Trip, but where that film reveled in cheap humor and bombastic performances, Due Date tries to establish legitimate conflict within the loud humor of the aforementioned scenes. Peter is narcissistic down to his bones, treating every person he meets with disdain and aggression. Ethan is typical of Galifinakis’ trademarked “idiot” persona, heading out west to pursue a career in acting (inspired by his love of Two and a Half Men, which elicits one of the funniest jokes in the film).

The two are paired together due to a mishap on an airplane that frames Peter as a terrorist. The scene includes an obligatory bomb joke as well as a loud public defender that tazes Peter after a long confrontation. This scene (and many others like it) falls flat simply because it is lazily executed. Other sequences, like a drawn-out police chase from the Mexican border, beg to be funny but are overproduced, with all of their humor is muted by special effects.

The banter between Peter and Ethan is where most of the humor lies, and there are some genuinely funny moments between the two. Phillips excels in making even the most un-likeable characters sympathetic and amusing. Peter’s constant insults border on indulgent and repetitive, but Downey Jr. such a likable star that we are able to forgive many of his tirades by the end of the film. Galifianakis does well with Ethan’s off-kilter personality, but really shines in his moments of unexpected poignancy, as he is dealing with the recent death of his father. There are some great scenes that illustrate Ethan’s immaturity and his dependence on a father figure, which Peter provides in certain terms.

Jamie Foxx and Michelle Monaghan play Peter’s best friend and wife, (respectively, of course) and while their scenes are memorable, they’re ultimately wasted in what amounts to nothing more than bit roles. It is also in their scenes that the film becomes a maddening exercise in convenience. There’s a suggested affair between Foxx and Monaghan, and when Downey Jr. confronts her about said suspicion, it is resolved with a simple sentence and a sight gag. This wouldn’t be so frustrating had the film not played it up in previous scenes to be an actual conflict.

Other sequences play out to convenient conclusions, especially the Mexican car chase mentioned before. It is obvious that Peter and Ethan will get away, but the manner in which they do is wholly unbelievable in its destruction and circumstance (which includes numerous car wrecks and bodily harm). In the real world, Peter would have not survived and Ethan would have probably been apprehended by government officials.

I know it is a truly stupid nitpick, especially in a film of this nature, but when half of the film deals with real human drama (a la Ethan’s dilemma), I expect its physical humor to abide by the same rules.

In the end, Due Date never becomes more than its individual parts, falling short of some great laughs by dealing in broad strokes with minimal inventiveness. As a result, it is only mildly amusing where it could have been truly hilarious.