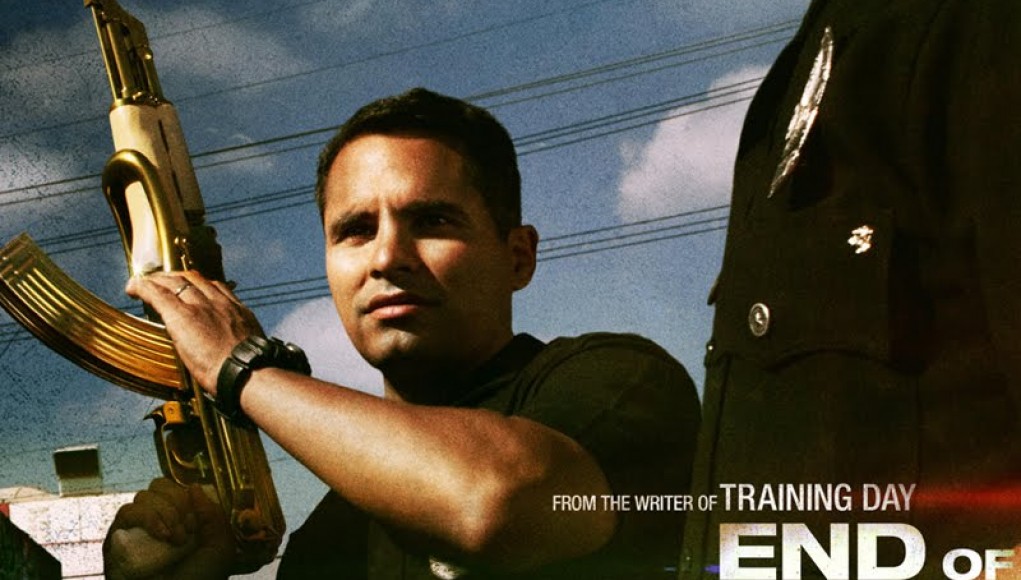 For over twenty years Cops showed television audiences the unrelenting threat and urgency the line of duty poses. End of Watch uses the first-person perspective that the television show popularized to portray the roller coaster on-duty lifestyle of two Los Angeles police officers with a story arc. By capturing the close bond between two seasoned partners, this independent film surpasses cliché attempts at contemporary trends to produce a film that is intense and distinct.

Officers Brian Taylor (Jake Gyllenhaal) and Mike Zavala (Michael Peña) are partners in the LAPD, and Brian has started to capture his professional life for a night-school project. The cameras capture their perspective as they complete assignments up and down the scale of police work; domestic disturbance, traffic violations, drug and gang suspects, and even fire rescue. After gaining the respect of a man they arrested early in the film, they are informed of a rumor that a cartel has placed a hit on them, but dismiss the threat as it is part of their everyday experience.

End of Watch utilizes handheld camera work and found footage, a contemporary form of filmmaking that has been often abused. Popularized by the television show Cops, and further used by “reality” television and recent films, the form denotes the idea of realism through first-person perspective. This form has been over-used and is abusive towards the audience’s senses and intelligence. Yet, here it is welcomed since the camera is embedded into Brian and Mike’s perspectives as they make the daily beat, capturing the danger and compressing it together to depict their singular assignments, their unexpected discoveries, and a story-arc that builds throughout the film.

Brian introduces hidden cameras in the locker room to Mike with clip-on cameras. They place them on their uniforms as if they were becoming blood brothers, cementing their bond as partners. Their partnership and their line of duty is itself a form of a family, particularly denoted during Mike’s speech at Brian and Janet’s wedding (Anna Kendrick). There, Mike explains to the guests that marrying a police officer is akin to marrying a family of police officers and their wives.

End of Watch’s use of POV is not new in cinema. Lady in the Lake, Blair Witch Project, and Cloverfield have attempted the form. End of Watch does deviate from a strict first-person perspective on multiple occasions. Furthermore, the form builds the stories of Mike and Brian throughout the film, providing a reason for the stakes to place surmounting pressure on the family the two have created in and outside of the force.

Writer and Director David Ayer has a long history of films about the military and police, and the turbulence of armed services. He has written films such as Training Day and Dark Blue, which explores his understanding of side of justice, while his films such as Harsh Times and The Fast and the Furious depict the symptoms of gang-related crime and perceptions of excess in the underworld. In End of Watch, we see a combination of these two dualities but this time specifically through the point-of-view perspectives of the main characters.

The continuous abuse of certain contemporary devices in American cinema exposes the lack of imagination and innovation in filmmakers. Then again, for every bland use of devices there is someone who can pick up a tool and bend it to their wish. It is the difference between, as the French auteur critics would say, directors with technical competence and directors who supersede competence to become artists. End of Watch has a plot and premise that is easily passed over as pastiche and over-wrought from the looks of its trailer. On closer inspection, it is an intense film that makes above-adequate use of tired tropes, and may reveal additional layers of plot and authorial genius upon secondary or tertiary viewings. 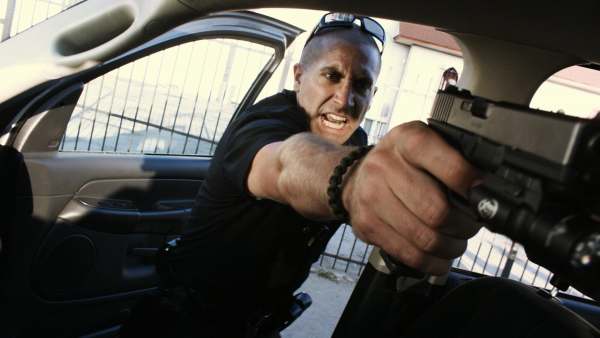