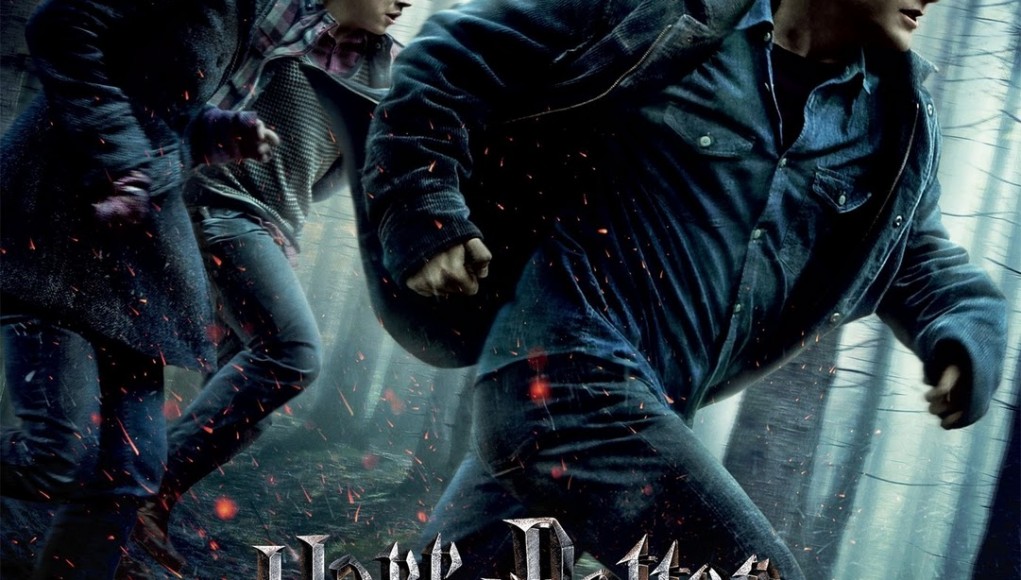 Harry Potter and the Deathly Hallows Part 1 returns to Director David Yate’s streak of doing justice to the darkness of the later Potter material. Splitting the final film adaptation into two parts has shown to be more than just a cash machine, but a logical way to present a story that relies on isolation and character study. While previous efforts have pushed the story through a tight doorway, leaving out what purist say are imperative parts of the books, Part 1 of the final installment takes its time to reveal a wonderful story.

Director David Yates appears to have the best luck with the Potter series of films. He has been given the darkest material to work with and the ability to use more source material for the two-parter appears to work in favor of the film. The freedom to flesh out the moments between the three in the second act are crucial to developing the complexities of the situation through the isolation in the forest.

One of the best moments is an animated sequence inspired by The Adventures of Price of Achmed that works pleasantly to assist a sub-plot, and is far better than a live-action flashback. Special effects throughout the film work wondrously, they are not overblown and continue the wondrous and magical nature of the Potter world.

The performances are much better than previous films, partly because of the material. Potter becomes cloned by several other characters due to a spell and Radcliffe impersonates each of those characters perfectly. Grint has dropped his cartoonish reactions for proper acting, particularly during the wearing of the Horcrux. The subtext revealed by Alan Rickman and Jason Isaacs make for excellent scenes, these characters continue to be excellent catalysts with manipulated motives that will never entirely be disliked.

The second act acts much too much like Lord of the Rings. A small group of small people—but not small in heart—carry an all too important relic. While this segment certainly has its parallels to Tolkien it also has hints of King Arthur. Whether Rowling consciously placed these moments in the material or not, they are too easily noticeable. Yates not only tells a modern classic, but uses literary and and cinematic history to frame Harry Potter’s last journey.

Harry Potter and the Deathly Hallows Part 1 remains to be one of the better Potter films. At least in terms of cinema, Potter does best when the material is dark and ominous. For the purists of the novels who complain about the differences, remember: literature and cinema are two different mediums. If accuracy is key to your enjoyment, veer away from the screen.