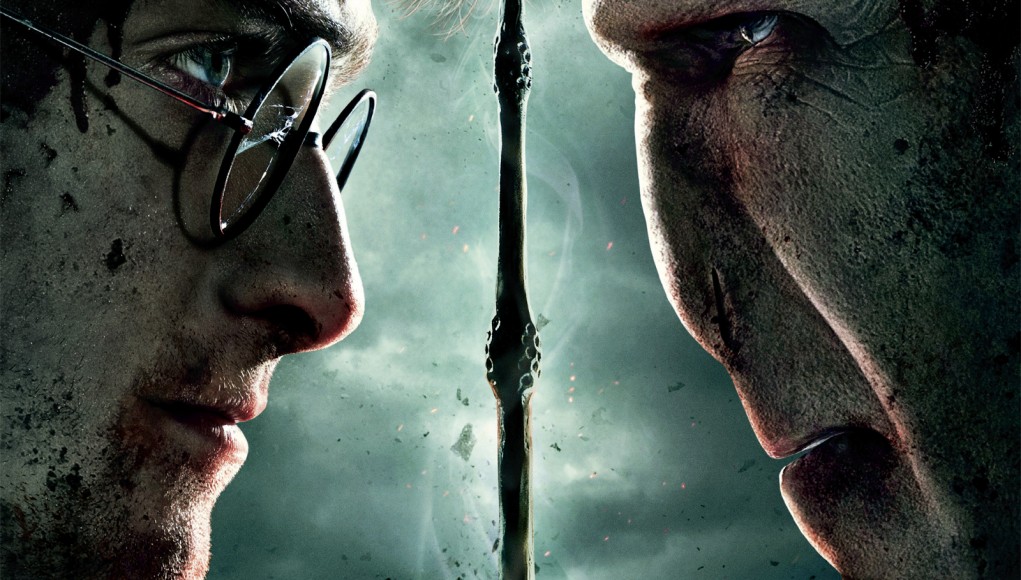 Ten years have gone, and eight film later, the Harry Potter film series has ended. A whimsical fantasy story targeted towards children, attracting adults as well, has undergone multiple directors, ultimately becoming darker as the series progressed. Since the fourth film adaptation, complaints about how the films truncate the complexity of the story, a complaint among most literary adaptations, was taken into account for the epic conclusion in Harry Potter and the Deathly Hallows and was split into two films. We have now watched three young English pre-teens grow up into powerful, clever, and talented wizards, and their education in and out of Hogwarts culminates in this eighth incarnation of the Harry Potter series.

Without hesitation, the film picks up immediately where the first part left off. Harry Potter (Daniel Radcliffe), Harmione (Emma Watson), and Ron (Rupert Grint) continue to seek out the last remaining Horcruxes before Voldermort retrieves them. Voldermort continues to place pressure on the trio and Hogwarts to find Potter. The inevitable battle between Potter and Voldermort gets closer and closer.

Without returning to the previous films, or having an in-depth knowledge of the Potter-verse, it can be daunting trying to catch up so quickly when the film opens. The story however moves at a much quicker pace than its previous part and brings the casual spectator and non-exclusive Potter fans up to speed over time. Despite the inevitable final battle, the film properly keeps the plot on pace as Harry and the gang look for the final Horcruxes.

Like my review of the first part, there is an uncanny resemblance to the battle scenes in Lord of the Rings and pre-battle finale on par with The Matrix Revolutions. This use of iconography from previous successful film series is understandable, but for a veteran film-goer who has experienced such epic films before, The Deathly Hallows Part 2 flops in predictable territory. The ailing Voldermort is a rather interesting story-arc. Having Voldermort and Harry both share the painful afflictions at the destruction of each the Horcruxes acts as both a step forward and a step backwards for Harry.

Both parts of this final installment were filmed together, which assists in the matching of tone and story. The progression of dominate colors over the course of ten years is cyclical, and ends where it begins. The first film, Harry Potter and the Sorcerer’s Stone included cool, positive blues. The series would expand, as the content got darker, to use reds and oranges, and back blues. However, the blues included in Deathly Hallows are more attuned to the darker tones. As Potter and crew has grown, their world view, while remaining optimistic, has been stained due to their need to grow up far quicker than they had imagined.

The climax went far too quickly; too fast of a blink and you miss the inevitable fall of Voldermort. Even worse, the epilogue, set many years in the future, was trite and boring. But the series is over, at this point. Potter fans will have to move on, and non-fans will have better films to look forward to. The summers have been littered with series for the past many years, and seeing at least one series come to a conclusion, is a hopeful sign for the studio to consider new property for monetization.