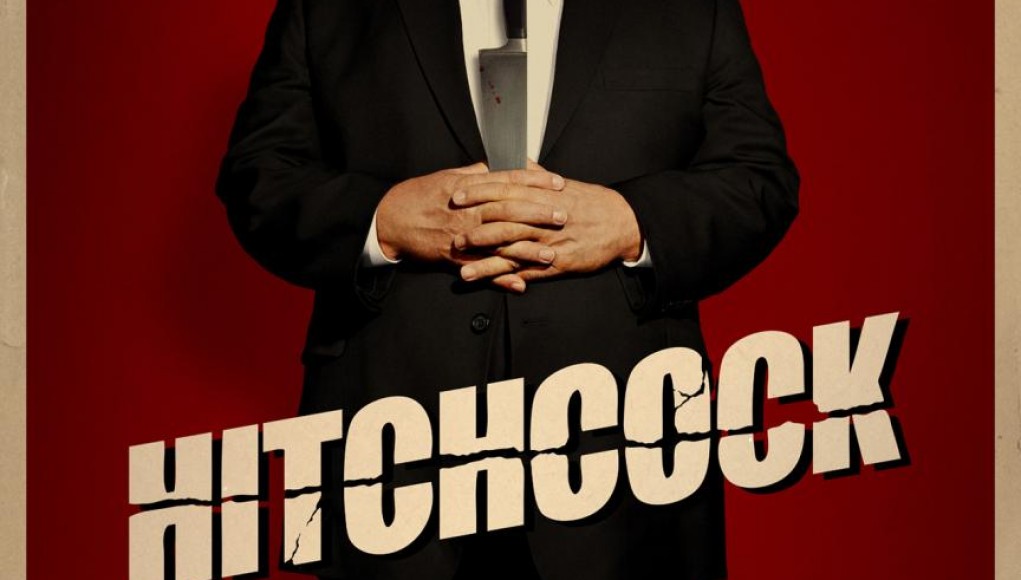 Very few filmmakers will direct a body of work or create an iconic symbol of himself the way Alfred Hitchcock did. Then again, history tends to focus on the success of men, and rarely reveal the impact of the women behind them. Hitchcock portrays Mr. and Mrs. Hitchcock’s relationship on the edge as the director struggles to re-invent himself while Mrs. Hitchcock wants to pursue a more traditional route. Either way, their long marriage has become a cliffhanger.

Alfred Hitchcock (Anthony Hopkins) steps out from the premiere of North By Northwest to an excited crowd, as well as press reporters inquiring about his fading talent as he enters into his sixties. Shaken by the comment, and with one film left under contract for Paramount, Hitchcock looks for chance to re-invent himself. Influenced by his agent Lew Wasserman (Michael Stuhlbarg), Hitchcock persuades Alma (Helen Mirren) to mortgage their house and self-finance the production of Psycho. Hitchcock continues to ogle his leading ladies during pre-production and on set, but Alma has interest in working on another story, and perhaps strike up an affair with another writer.

Hitchcock was no stranger to experimenting with film. Rope, Lifeboat, Rear Window, and Spellbound offered something different from the common wrong man on the lam story that Hitchcock perfected. Vertigo, perhaps one of the most drastically different of all of his films, was dismissed upon its release. Although, just this year it has unseated Citizen Kane on the Sight & Sound top ten poll. The 1950s made Hitchcock a household name, with several high profile films as well as the Presents and Hour television programs. But, television still had a stigma in Hollywood, and Hitchcock’s decade on the boob tube was enough for executives to ponder his future as a capable director.

Psycho, a dramatization of a real-life event, was the perfect way for him to re-invent himself yet again. It has a drastic change of perspective half-way through the film and had both sexually exciting and violent content—tame by today’s standards. The Hitchcock presents the making of Psycho as a feature film to  represent the dualities of the themes and the production methods of Hitchcock films. Although considered a singular genius, or auteur, Hitchcock’s movie-sense is supported by his wife Alma.

2012 must be the year of Hitchcock. Hitchcock explores the making of Psycho, and HBO’s original film, The Girl, which premiered on the premium channel early in the fall, picks up where this film left off. The former explores the difficulties and anxieties Hitchcock has with self-financing a supposed low-brow horror flick, the latter vilifies the director for his totalitarian control of his leading actresses. Essentially, these two films provide a skewed understanding of Hitchcock’s most famous films, which were overt compared to his previous works.

Yet, the best these films could do is offer a ho-hum experience; very concentrated and bland interpretations of a few years in his life. They vilify Hitchcock, appropriately in some cases, based on three films, and these films will forever give casual spectators a skewed sense of a man who directed and produced an immense body of work over the course of six decades. None of these films truly show the minute details that made his films genius, other than short montages.

Much like The Girl, Hitchcock also has capable talents representing historical figures poorly. Although Hopkins nails the deep, dry voice of the Master of Suspense, other than the extreme girth, looks nothing like the famous director. The film is almost self-aware of Scarlett Johansson’s likeness to Janet Leigh. Even a strip of cloth dropping off the back of Leigh’s dress to denotes a tail, an innuendo that represents the industry’s long-enjoyed interest of Johansson and Leigh’s rear-ends. Mirren, of course, provides the cold depth necessary to show motivation for a break in her character’s professional and marital allegiance to Hitchcock.

Director Steve Gervasi has successfully moved over from documentaries to feature films with ease, taking the theme of re-discovering an old favorite with him. Gervasi’s previous film, Anvil: The Story of Anvil, was about a trash metal band that was just scraping by after 20 years, only to finally find relevance and success in their second act. In Hitchcock, Gervasi has portrayed the director struggling to re-invent himself and the horror genre in order to remain relevant as he entered his fifth decade of filmmaking. Gervasi seems to have found a cushy niche portraying real stories about talented people who work diligently to fight fate.

Like the theme of voyeurism, Hitchcock was one of the most prominent filmmakers to bring psychoanalysis and fledging artistic styles to mainstream filmmaking. He is one of a very select few who controlled culture for several decades. He made stars of women, men, himself. He perfected American cinema like no other, but Hitchcock will leave a decrepit understanding of his impact. He is no saint, sometimes a monster, but neither Hitchcock nor The Girl accurately portray the genius of Mr. and Mrs. Hitchcock. 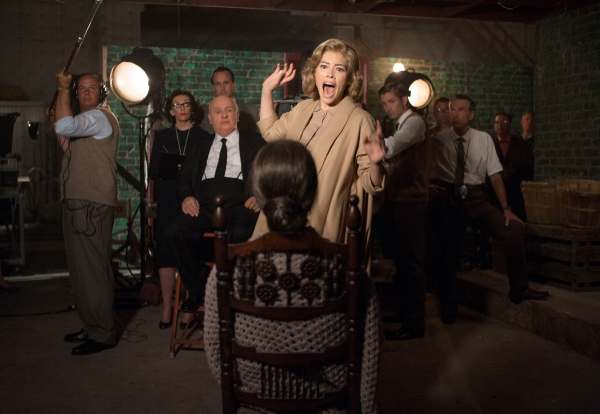