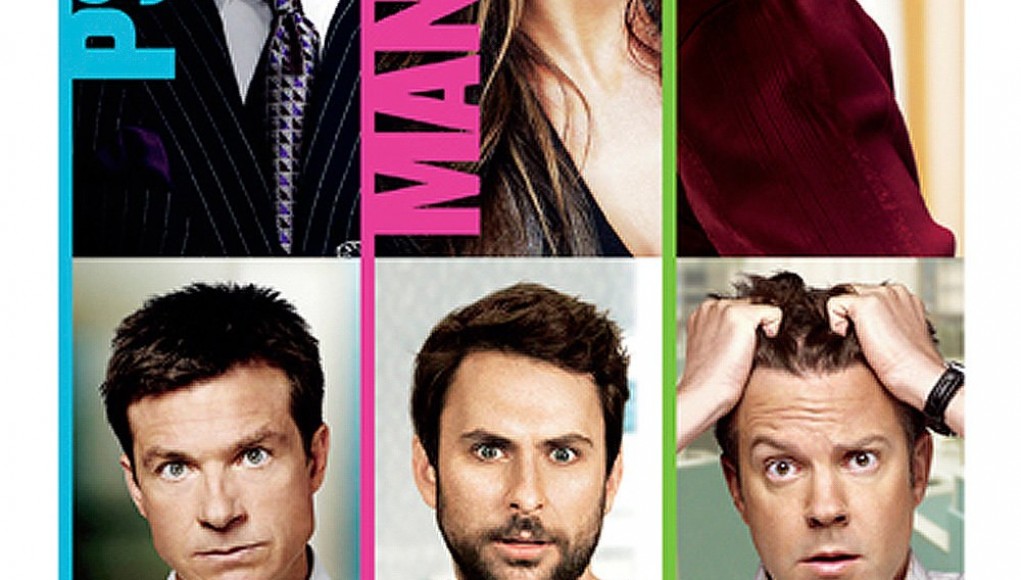 It is easy to relate to a film about hating your superior at work, but it is far more exciting to imagine their demise instead. The premise of Horrible Bosses is a dream come true for employees everywhere. For those who retained employment during the recession still felt the anxiety of being laid-off or even stuck at at job with nowhere to go. The film portrays these anxieties with a tale of three fed-up friends who only see one way out.

Nick (Jason Bateman) is constantly bullied and pushed around by his boss, Dave Harken (Kevin Spacey). Dale (Charlie Day), a dental assistant, is constantly sexually harassed and blackmailed by his employer Julia (Jennifer Aniston). Last, Kurt is told by Jack Pellitt (Donald Sutherland) that he will pass on his company to Kurt when he passes away. However, before Jack has a chance to tell others of his plan he has a heart attack on the spot, leaving Jack’s drug-addicted womanizing son Bobby (Colin Farrell) in charge of the company. The trio concludes that the three bosses should die and in turn employ “Motherfucker” Jones (Jamie Foxx) to assist in the murders.

What makes the film work so well is that it not only supports the premise but it also features amusing gags at a steady pace. The film has its share of outlandish humor which may not always rouse deep belly laughs, but there are plenty of gags to make for an enjoyable experience. The humor in the film is solely based upon the delivery, and for this film, is not a problem due to the stellar cast.

The film’s cast is split into two binary opposites; talents who employ their typecast (mostly the protagonists) and talents who play total reversals of their common typecasts. Charlie Day might as well be Charlie from It’s Always Sunny in Philadelphia and Bateman might as well be Michael Bluth from Arrested Development. The Horrible Bosses, however, portray characters who are complete opposites of their talents’ previous roles. Kevin Spacey has played his fair share of villains and shady characters, but here he dips into a realm where he is totally Spacey, but not like Lex Luthor or John Doe. Jamie Foxx nails his role as “Motherfucker Jones” which is a character whose stereotype is totally reversed from typical, and often times racist, roles available for black men. Aniston, who plays the raunchy and horny Dentist opposite of Day, is a role far removed from her previous experiences.

While the film’s greatest asset is its cast, Horrible Bosses is a little more than just an ensemble gathering of talent. The film explores possibilities beyond just showing how annoying and spiteful these bosses can be at the workplace. Films such as Office Space have already explored that facet. Instead, it shows how these bosses continue to exist in their egocentric world by abusing drugs, the opposite sex, and even abusing their stance in society. When the three bosses’ lives begin to intersect that is where the film completely forks from any notions of predictability, allowing the film to have a relatively fresh latter half of the film.

Horrible Bosses is an achievement because of what it attempts and how well the premise is executed within a short span of time. The film’s plot never lingers too long, constantly raising the stakes of the film. This film may reset the stage for what the featured talents may offer in their next several roles, now that they have provided fresh and amusing performances. Furthermore, it will bring director Seth Gordon (whose debut documentary The King of Kong: A Fistful of Quarters is killer) liberties with his next work. Horrible Bosses surprisingly arose beyond its premise to deliver a fun and well-casted film.