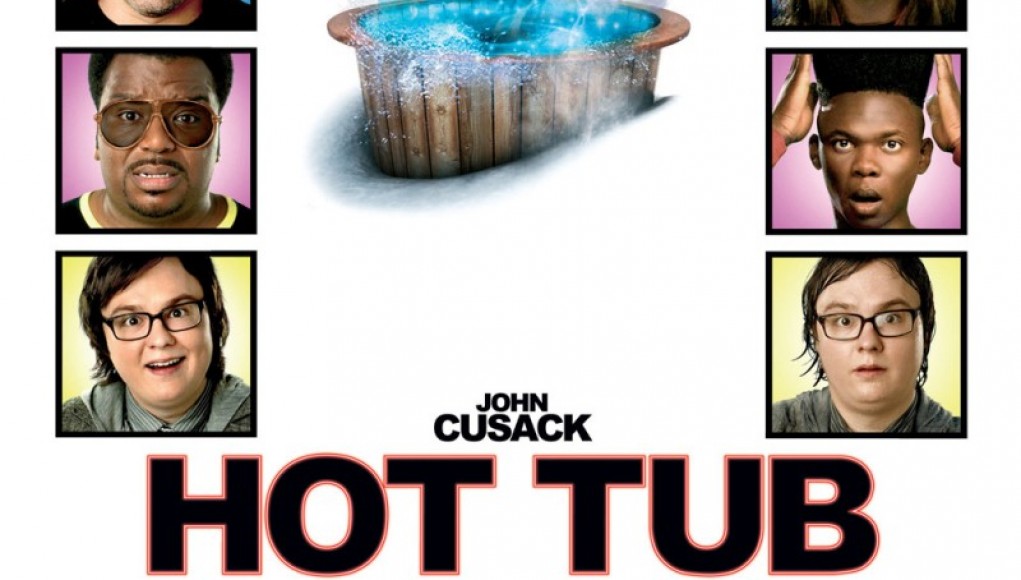 One of the more hilarious films of the first part of 2010, Hot Tub Time Machine features a title that battles Snakes on a Plane for most accurate title, and takes ques from several top-notch comedies. If you are looking for mindless hilarity and not looking for a coherent plot, then this film is for you. Overall, an homage to 80s American teen comedy films, Hot Tub Time Machine promises nothing more than what the title suggests.

Lou (Rob Corddry) accidentally falls asleep in his car with the engine running after a night of hardy partying. He wakes up surrounded by his friends Adam (John Cusack) and Nick (Craig Robinson) who believe he tried to commit suicide.

To brighten his spirits the gang, along with Adam’s nephew Jacob (Clark Duke), head to a ski lodge they used to frequent in the 1980s. A repairman (Chevy Chase) announces that he fixed the hot tub which now contains an bright glow and transports the gang back to 1986.

Much like Back to the Future the four do their best to retrace their footsteps as they wait for the hot tub to repaired and return to the present. Careful not to cause butterfly effects, they must repeat exactly what they did twenty plus years ago.

Hot Tub Time Machine is held together by a quick pace and gross-out humor, all which hide the delicate plot line. There is no doubt that this movie will keep you laughing throughout, however the lack of a true plot line that makes coherent sense shows the carelessness of the production team. Mix equal parts of The Hangover, Back to the Future, and Revenge of the Nerds and forget the story at the grocery store.

Cusack reprises his generic, typecast role as a socially awkward loser who can barely score the girl. It is one of the few intelligent ideals of the film with a self-reflective notion that his character is essentially the same character Cusack has played before; Lloyd Dobler comes to mind. Corddry and Robinson pull off equally hilarious performances while Duke stumbles through the film.

Hot Tub Time Machine tries to be nothing more than what the title suggests, which essentially prevents any viewer from feeling short-changed. For a quick and easy time—which is what the main characters are all looking for—this movie fulfills any preconceived notions. While the film ends on a positive note, the characters themselves never appear to embrace any interior growth, and we are presented with a shallow denouement that anyone could have expected.