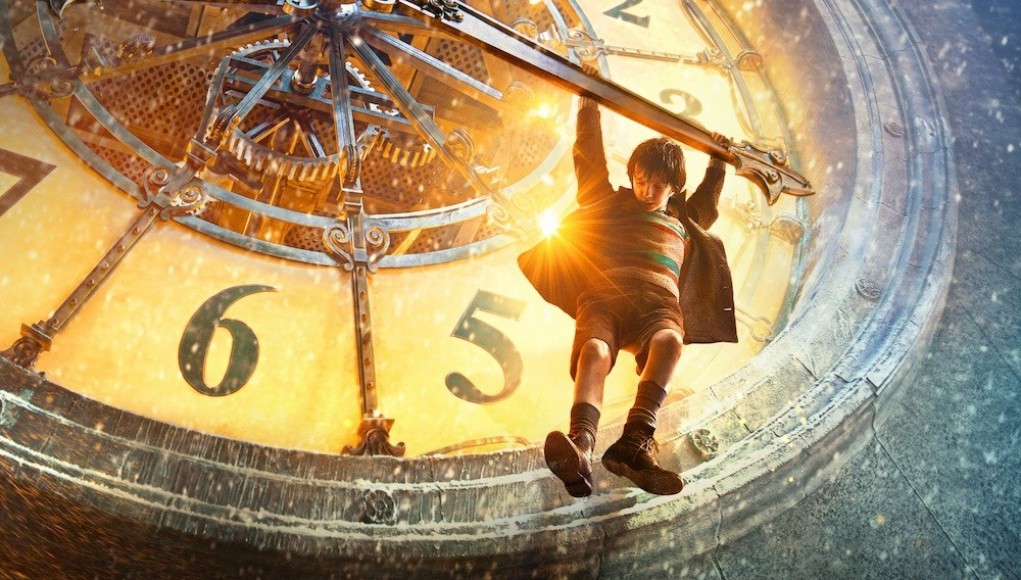 Martin Scorsese is not one to make family films, let alone produce films on anything but celluloid. Yet, Hugo is just that, a family film shot on digital and available in 3D. However, the film’s content is about the love of cinema and an early case of the necessity of film preservation. These oppositions allow this 2011 fantasy to muster up all sorts of issues and topics, even if it not about the main character’s struggle.

After his father (Jude Law) dies in a museum fire, Hugo Cabret (Asa Butterfield) is taking in by his uncle who is responsible for maintaining the station’s clock. Both Hugo’s father and uncle are expert watchmakers and mechanics, and their talents have been passed down to Hugo. Hugo is puzzled by the automaton that his father was working on prior to his death, of which Hugo believes has a message to him from his father. After a chance meeting with George Méliès (Ben Kingsley) who owns a toy store in the station, Hugo befriends Méliès’ god daughter (Chloë Grace Moretz). Together, the two collaborate to fix the automaton while circumventing the station’s Inspector Gustlav (Sacha Baron Cohen).

While certainly a fantastical film that shows the joys of tinkering and having an acute imagination, Hugo has binary interests that do not commingle well. There is the fantastical element of Hugo meeting and courting Méliès to have a notebook returned, which sparks the spectacle and issues of film history and preservation. Scorsese has a heavy heart for film history and preservation. Any cinephile will have certainly seen film history’s influence on his films; he often times takes shots and scenes directly from canonical films and inserts it into his own. This time, Hugo blatantly reveals the director’s love of film history and merges it with the grandiose nature and spectacle of cinema that once took over the hearts and imaginations of spectators worldwide.

Where Hugo falls flat in telling the story of new relationships between characters, it reaffirms Scorsese’s relationship with film. The most interesting parts are not in the story for Hugo to fix the automaton, but the historical rise, fall, and rediscovery of the first auteur. It factually explains how WWI shook up the world, and spectators no longer wanted the fantastical worlds that Méliès produced. They wanted more social realism that reflected the anxieties of a post-war. It is essentially the historical content that is so fascinating that the fictional narrative is left behind. The climax was a cheap thrill or even a sorry distraction when compared to the lovely recollection of Méliès’ past.

Hugo is an adaptation of a children’s hybrid novel by Brian Selznick who is distant relative of David O. Selznick and Myron Selznick, vital figures of American film history. It is lovely to know that there was cinematic blood looking at the past to educate children of this generation. The film historian in the film, René Tabard (Michael Stuhlbarg), can be seen as a stand in for both Selznick and Scrosese. Scorsese’s choice to film Hugo in digital 3D completely contrasts with the film’s presentation of film history and preservation. The performances themselves were adequate, and it may have been digital’s innate sharpness that does not allow for Kingsley and Cohen to completely disappear into their characters.

3D certainly allows the objects to pop out, but nothing is all that spectacular. There is pleasure in knowing that Scorsese did not attempt to litter the screen with visuals meant to lash out at the spectator. The visuals were subdued and provided depth. The quality of the picture is superb; freckles and pores on the faces of these young children are clear and sharp. The glasses make the film one stop darker. I played with the glasses taking them on and off as if it I were at an optometrist updating my contact lens prescription. However, it is the fact that I began playing with my glasses that shows that the film had not properly sutured me into the narrative. I have been critical of 3D in the past and now that I have seen a 3D film that has not been retro-fitted with the technology I reaffirm my position as heavily critical of 3D cinema.

Hugo is a pre-amble to this winter season’s children’s fare as Steven Speilberg’s first splash into 3D and a CGI world of The Adventures of TinTin is also an adaptation of a beloved children’s franchise. Although Spielberg has attracted family audiences throughout his career, Hugo is a first for Scorsese to target that demographic. Yet, both are showing signs of finally adapting to a post-celluloid world, even if it is for just an eye-blink.