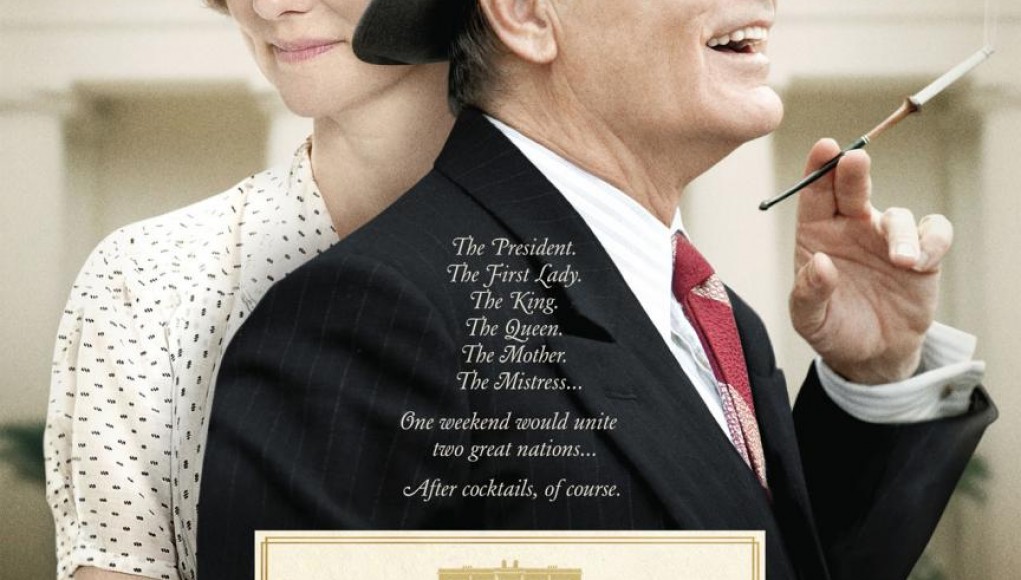 Who knew that such a fuss about hot dogs was imperative to an American/English alliance? Whether this is an exaggerated literary device or a hard fact, Hyde Park on Hudson explores the necessity for powerful men, no matter their adversity, to appear confident before their electorate or their subjects. Told through the perspective of a distant cousin, the film is offers a dynamic and humorous narrative that is charming and informative.

In 1939, the American public and political spheres were averse to engaging in the impending World War. Franklin D. Roosevelt (Bill Murray) invites his distant cousin Margaret Suckley (Laura Linney) to visit him at his Hyde Park estate, as well as inviting King George VI (Samuel West) and his Queen Consort Elizabeth (Olivia Colman) to discuss a possible allegiance during the impending World War II. Despite FDR’s marriage to the vociferous Eleanor Roosevelt (Olivia Williams), he continues to court Margaret, beyond familial distance, and beyond a close friendship.

Hyde Park on Hudson is primarily revealed through Margaret’s perspective of her relationship with the President and the arrival of the King and Queen of England. She sees an adventurous President despite his immobility from his bout with polio nearly twenty years prior. Her relationship becomes a sort of medium between Eleanor and FDR’s secretary and assistant; family but friend, another voice of reason, and another comfort of FDR to fall back on.

Much of the film is about the anxieties of impending war and the perception of power amongst the most powerful men in the Western hemisphere. King George’s ascension to the throne was due in part to his brother, Edward’s abdication due to the scandals incurred by his wife. With impending war, the public had little confidence in Edward’s abilities as King to lead them into war. Then again, King George’s confidence was not exactly present either.

As explained in The King’s Speech, King George suffered from a stutter that prevented him from properly communicating vocally, which exacerbated his frustration. While FDR had the confidence to communicate, he lacked mobility; and King George lacked the means to communicate seamlessly, but willing to step up to lead his Kingdom. The confidence that FDR exudes is exemplified in a scene with the two men, particularly as FDR speaks to George more as a young gun with punctuality, and not as an honorable King. This scene brings these powerful men down to size, showing their humility despite their political prestige.

One of the more humorous motifs of the film is King George and Elizabeth’s anxieties towards eating hot dogs at a picnic. Unaware of this American tradition, the Royals are under the suspicion that FDR is attempting to ridicule them. This anxiety towards something as trivial as hot dogs is a metaphor for the frustration of overcoming adversity and creating the perception to sell themselves to the public. The Thrown may have fallen in George’s lap, but popularity is not inherited, it is earned, even if it is through the perceptions created by propaganda.

Hyde Park on Hudson features a wide-range of dynamic cinematography, primarily through a wide-angle lens that is unafraid to get close to these characters. Even with the vibrant cinematography, there are missteps, such as an egregious shot of spinning around our main subjects, which makes for a dizzying moment devoid of meaning. Once your cerebral balance finds its center again the film resumes its charming sense of style. The lighting in the interiors is superb, particularly in the sun-drenched interiors during the day and the dark, shadowy scenes at night, and the overall picture quality is rather impressive, if only the projector was a tad bit more focused. The film ends at an appropriate length; not too long, not too short, but just right, just as FDR’s doting mother would have liked it: perfect and accommodating.

America, both politically and publicly, was not interested in engaging in another war. World War I was an atrocity where meaningless secret deals and alliances eventually converged and exploded. The mechanization of modern warfare traumatized much of Europe, and after a traumatic decade-long Depression, America was not sure if engaging in war was a viable choice. Despite the country’s over-whelming hesitation to becoming fully involved in WWII, Hyde Park on Hudson surmises that FDR was much more involved in creating a lasting alignment in case such a possibility occurred. The film also serves as a companion to 2012’s Oscar Best-Picture winner The King’s Speech, which also expands on the King’s stutter. The two perfectly explore the some of the darker moments in two powerful men’s lives, and they do so primarily through the perspective of the women in their lives, and show the humor that exists in the tales that surround such legendary figures. 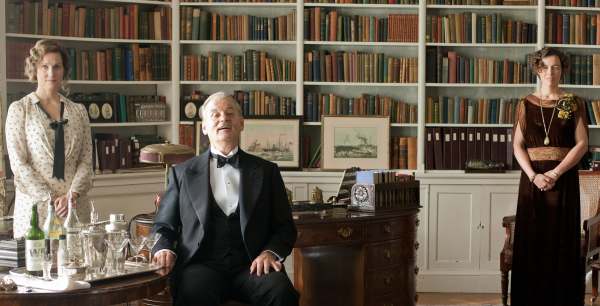