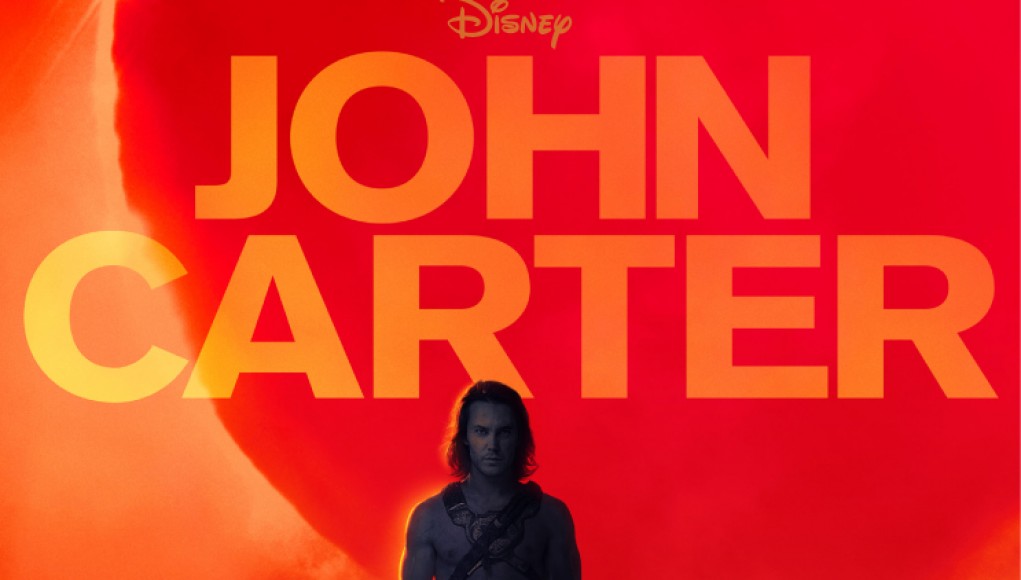 Westerns have portrayed the mythical American landscape and supposed lawlessness since cinema’s early days. Films such as The Searchers featured main characters who had drifted around after the Civil War. This was especially true for the Confederate soldiers who were unable to find a specific home. John Carter is the long-awaited first installment of the science fiction series Barsoom to be adapted to the screen, and the eponymous character navigates to Mars, where the landscape is as desolate, divided, and barren as the American West.

Former Confederate Captain John Carter (Taylor Kitsch) is captured by Union soldiers while prospecting for gold. After briefly escaping Union hands, Carter hides in a mysterious cave, finds a bountiful seam of gold, and is transported to Mars after a brief scuffle with a randomly appearing man. Carter’s familiarity of Earth’s gravity and atmosphere gives him an uncanny ability to jump great heights and enjoy great strength in the lighter Martian atmosphere. As Carter navigates Barsoom, he finds that a Civil War between two warring Red men civilizations and the Green tribes is not all that different from the conflicts in America.

The influence of Edgar Rice Burroughs’ books on science fiction in film is not at all hidden. The Green martians are not too far from Avatar‘s Na’vi, and the technology in the film has as indications of a steam punk atmosphere. Much like The Adventures of Tintin, John Carter is so ingrained into pop culture that the film suffers from cliche moments even though the Barsoom series invented many of the tropes. Even the attempts at humor fall flat, specifically a succession of cuts of Carter attempting to continuously escape Union soldiers.The film’s CGI is well embedded into the live-action at certain points, giving a seamless experience. Looking back at the film, it is the voice acting that seems to be the best aspect of the film. Even after Willem Dafoe appeared on The Colbert Report promoting his role, it is difficult to point out his voice (along with Thomas Haden Church), which goes to show the voice acting abilities and the direction of Andrew Stanton during voice recording sessions. Other familiar character actors such as Ciarán Hinds and Bryan Cranston grace the screen, but their presence does not hinder the film.

John Carter does move at rather quick pace, and despite the few flashbacks to Carter’s pre-War tragedy and displacement, there is no likability of the eponymous character. The speed of the film is topped off with a climax that ends abruptly, and is capped by a denouement told in a rushed manner that could have been the lead-off of the next film in the series. The film is successful as a science fiction adventure, but there is nothing that captures the imagination. With a $250 million dollar budget, John Carter is awfully under-produced and lacks a clear plot or struggle for an audience to align themselves towards. It is difficult to follow the narrative as it bounces from civilization to civilization, tribe to tribe, and even keeping up with the technology on Mars. Even with the few twists and turns the film does little to keep itself at an even pace preventing spectator investment. For such a influential sci-fi serial, John Carter will land viewers back on Earth with a mere shrug.

Wired most recent issue included an article about the production of the film, focusing on the history of adapting A Princess of Mars, an effort that goes back roughly one hundred years. Pixar veteran, Andrew Stanton who directed Wall-E and Finding Nemo returns to his signature of a main character wanting to return home. John Carter lacks the heart, imagination, and the story sense that Stanton had clearly had with his Pixar efforts. John Carter is a classic Disney/Pixar factory-produced effort that does not live up to its sourced legacy or the multi-million dollar cost.