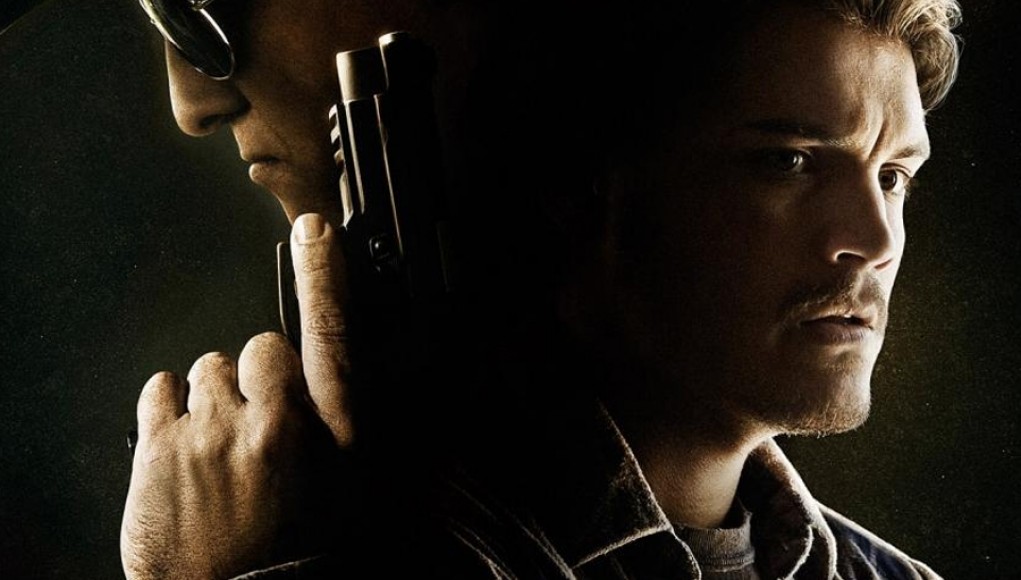 In a landscape where gratuitous violence and sex without consequences earns a safe PG-13 rating, Killer Joe, slapped with a NC-17 rating, reveals violence and sexuality only when necessary. This Southern gothic family affair gone awry is sprinkled with dark comedy and has grander themes that reach beyond its promise of brutality.

Chris Smith (Emile Hirsch) has accumulated a large debt from an unscrupulous drug cartel. With a tip from his mother’s boyfriend, he persuades his father Ansel (Thomas Haden Church), his sister Dottie (Juno Temple), and his step-mother (Gina Gershon), to hire Joe Cooper (Matthew McConaughey), a Dallas police detective who moonlights as a contract killer, to kill his mother and secure the $50,000 life insurance policy. When they do not have Joe’s required advance, Joe requests to put up an unconventional retainer, Dottie.

Dottie does not operate at the mental level of her age. She is coddled by her family, kept out of more adult conversations, and her sleepwalking seems to be getting worse over time. However, Dottie still has an understanding of what is going on, and her objective perspective makes her a central kingpin. She is the sole light of purity in the family, retaining her virginity, and in order to secure Joe’s services, the family barely blinks to place her purity on the line.

This disloyalty and indifference in the family is ever reaching. The catalyst for the film, having taken place prior to the film’s opening, is Chris’s mother stealing his cocaine and selling it, essentially putting Chris in a tough spot with his supplier. Putting Dottie’s sexuality up as a retainer is as disloyal as it gets, but Dottie, like everyone in the family, has no qualms about her mother’s death, as she attempted to asphyxiate Dottie at an early age, which may explain some of her mental differences. However, the only loyalty seen in the film is between Chris and Dottie, of which, Chris seems to have a near incestuous ideal of his sister.

As a Southern dark comedy, Killer Joe balances the brutality, mystery, and comedy carefully to not over extend itself into any generic route. The laughs come at the right time, and the violence, although certainly worthy of its NC-17 rating, is not gratutious as it reveals itself in the most opportune moments. To watch a gaggle of white trash think they can pull off both murder and insurance fraud is a surely a great premise for a dark comedy.

The Smiths are not people of wealth, or even common sense. Ansel, Dottie, and Gina live together in a trailer with the classic chained, barking pitbull perched outside, and monster truck videos playing non-stop on their television. Ansel is as absent-minded as they come, and Gina barely hides her canoodling with another man from Dottie.

One of the most interesting aspects of Killer Joe is that we only briefly see the target and her boyfriend, the two people who are the catalysts who set the film in motion. The first sounds in the film is Joe fidgeting with opening and closing his lighter over black. His zippo lighter embodies the Joe’s character, a calculated detective with a shiny exterior, but with the right spark, can be set afire.

Killer Joe also contains some fascinating performances, especially from Matthew McConaughey, the go to guy for cold-blooded and snarky attitude with a vocal twang, provides one of his best performances to date. Hirsch also provides a stunning performance as a bumbling drug dealer who rounds up the family for a good ole’ fashioned domestic betrayal. Juno Temple knows exactly how to use her natural beauty and ageless appearance to embody the purity necessary to exhibit a woman who does not entirely operate at the level her age would suggest.

Director William Friedkin, who changed perceptions of horror films with The Exorcist, has made his most violent and brutal film in his mid-seventies. Captured by cinematographer Caleb Deschanel, Killer Joe has a gorgeous picture, even if it is dominated by a subdued color palate, thanks to the sun-soaked landscape and depressive locales. Based off the Tracy Letts play of the same name, the film’s theatrical roots are present as the dialogue is forthright and entertaining. Lastly, the film utilizes surround sound capabilities better than anything I have heard since Black Swan. Sound effects are not dominated by low frequency oscillations, but well instituted details that elevate the film’s environments and action. 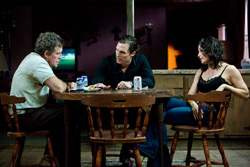 Certainly not too long and incredibly unpredictable, Killer Joe leaves you speechless at the end, but thinking about it for quite some time. The film’s premise could easily have been veered off course by lesser experienced filmmakers, but instead maintains its position as a Gothic dark comedy. The film will surely divide many, but Killer Joe provides insurmountable replay value and a script worthy of close-readings. The film’s central idelogical indifference between the characters, particularly murder, is eerie and disconcerting. Then again, so was The Exorcist, which scared the nation like no other film before, and to see influential filmmakers still pushing their craft and testing audiences is a pleasure.