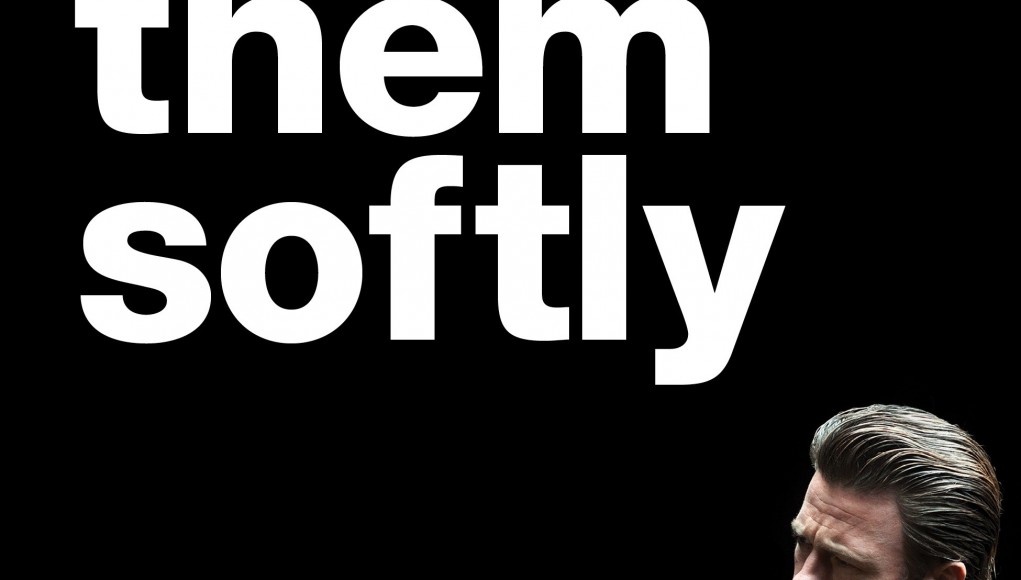 President George W. Bush once fumbled over the common proverb: “Fool me once, shame on you. Fool me twice, shame on me.” Killing Them Softly is indeed about learning from past mistakes and capitalizing on the foibles of others. Set against the 2008 Presidential election and the impending financial recession, the film explores the changing of the guards in organized crime and how bumbling criminals set up their own ruin.

Johnny Amato (Vincent Curatola) hires newly teamed-up Frankie (Scoot McNairy) and Russell (Ben Mendelsohn) to rob an underground illegal card game. The theory is that the card game’s ring leader, Markie Trattman (Ray Liotta), had already pulled off an inside job and robbed from his own clientele. Markie accidentally admitted his involvement in the robbery while drunk to his clientele, only to have them laugh it off. However, a second robbery would place Markie in a dubious position.

Frankie and Russell do not seem to get along well, and neither are really that smart. Frankie is much more experienced, and Russell leans on his drug addiction and is only half-heartedly invested in the robbery. After the robbery, an un-named man (Richard Jenkins) represents a collective of mafia members who were robbed to hire Jackie Cogan (Brad Pitt) to clean up the whole mess.

The opening credits alternate between one of Obama’s hope-filled 2008 campaign speeches and dissonant sounds. Throughout the film, the dripping water, trains rolling by, cars honking in the distance tend to fill the senses. White noises such as these are often times ignored by modern citizens, in Killing Them Softly, these sounds tend to ignite additional anxieties, and augment the film’s harsh tone.

Killing Them Softly, the new neo-noir crime film directed by Andrew Dominik, starring Brad Pitt, Richard Jenkins, James Gandolfini, Ray Liotta and Scoot McNairy, is now out on DVD and BluRay. If you missed it at the cinema but can’t afford the BluRay, sell some of your stuff at www.musicmagpie.com so you can go watch this darkly comic crime caper.

The film takes place the fall, with a nation eagerly awaiting the impending economic doom and the political direction the nation will take. These speeches are displayed in televisions in bars, in the gambling room,  on the car radio. Not only do they provide a context of time, it provides an analogical link to changing of the guards in these mafia groups. Jackie explains that he does not like get too involved with his targets, choosing to kill from a far. He also wants to bring in Mickey (James Gandolfini) for assistance, except that Mickey has instead enjoyed a hooker and alcohol binge, and is not the valuable man he once was.

Presidential hopefuls Barack Obama and John McCain, as well as President Bush’s speeches to a nation with the impending economic doom that had yet to truly reveal its ugly head exist throughout the film. The nation is waiting for the changing of the guard; One guard is a lame duck, the others provide two divergent routes for the country to travel. The same is true for organized crime in the film. Hitmen like Mickey have chosen to keep partying, while hitmen like Jackie want to finish the job with aplomb, and the rest of the mafia men just want to get back to playing poker.

In a fiery speech late in the film, Jackie explains that Obama’s election speech is no different than the hypocritical politics and policies of Thomas Jefferson. It did not matter who won the election to Jackie. Organized crime would continue, hypocrisy will continue, as will the twisted understanding of American democracy.

Killing Them Softly is grungy, wet, and humid, even Russell tends to sweat constantly, possibly from heroin withdrawal. Many scenes happen in the rain or in wet conditions, and the harsh visuals are targeted in detail with hard focus, forcing the audience to experience the discordant elemnts. There is a denial of action early in the film, but once targets become sought after, we are provided with incredibly gratuitous, slow motion hits on targets. In spite of the film’s few action sequences, there is a heavy amount of dialogue to create a political climate within organized crime to be analogous to the political climate that exists during election years.

Killing Them Softly has a slight resemblance to Killer Joe, which also consisted of a talented but judicious hitman loyal to one thing, money. Yet this film tends to link itself to the impending doom and the eventual hope of a new direction for a country down on its confidence. Much like how Markie pulled an inside job on his own card game, the financial industry had pulled an Inside Job on the country. Thus, Killing Them Softly portrays a microcosm where the irregulated, competitive, but collaborative investment banks are replaced by a similar industry, organized crime 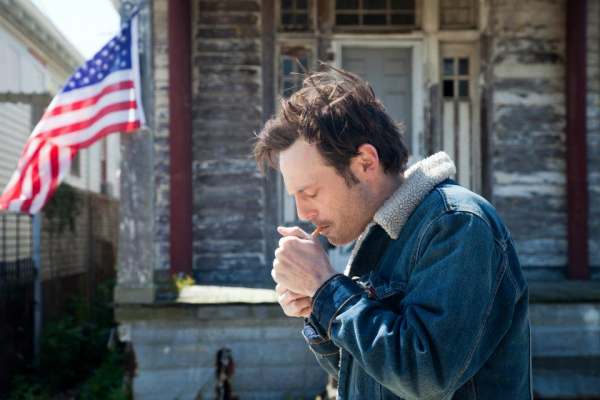