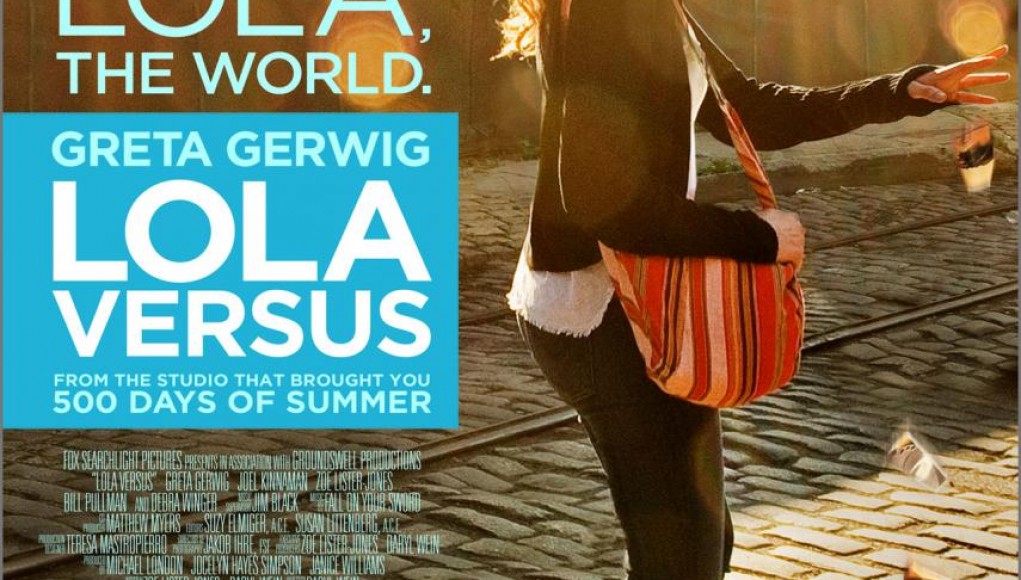 It may appear that everything is against Lola’s interest. Truthfully, Lola is self-destructive. Lola Versus is a 2012 independent film featuring Mumblecore queen Greta Gerwig in a typecast performance. The film explores a difficult year in her life, one where she tests her friendships and her academic interests.

Lola (Greta Gerwig) has just turned 29 and her horoscope explains that her world will be flipped upside down. Indeed it was right, weeks before her wedding her fiancée Luke (Joel Kinnaman), stressed from all the planning, calls it off. Heartbroken, Lola finds solace in her friend Alice (Zoe Lister Jones) and a mutual friend Henry (Hamish Linklater). She has also begun to work on her dissertation about silence and she tries a variety of alternative stress-reducing classes and treatments for research, and to change her state of mind.

That year between 29 and 30 is a concise way to determine where the youthfulness of a twenty-something fades, and the forcefulness of being an adult is more prevalent. Lola goes through a rather drastic change, at first by an external catalyst and later by the ones she sets in motion herself. Her dissertation is about silence, and Lola is unable to bask in it. She is reliant on her friendships after the break-up, as many people are. However, Lola becomes co-dependent on her friendships, when what she really needs is to be able to be alone. Her most supportive and most relaxing relationship is with her father (Bill Pullman). He advises her to enjoy the simplicities of life and love often, advice that she takes and experiences.

Lola Versus is a character study, but a rather accessible one. The themes and motifs are not prevalent, and in most character studies, or in peoples’ lives in general, there is not an abrupt ending to a coming-of-age moment. The film does have an abrupt ending, but it is when Lola experiences some of the biggest highs in her life, and her biggest accomplishment is her ability to synthesize her dissertation into her life. The film also explores the the social dangers of seeing a person after a good friend had done so. It provokes feelings of jealousy and heartbreak that can shake a friendship to its core. Yet, this film explores the hypocrisy of such an event, but it explores it in a way that is relevant to the generation.

Gerwig has become the independent film darling, a promotion from her years as Mumblecore staple. In Lola Versus, she has reached a new zenith, she has disappeared into a role that is really a typecast. It’s the quintessential Greta Gerwig role, but it might be her most concise. Many of the other talents in the film are relatively newcomers, or have appeared in smaller roles before. Yet, each one has a genuine look that feels as if these really could be the important people in Lola’s life. Both Bill Pullman and Debra Winger perform as Gerwig’s parents, offering advice and wisdom that only comes with age.

Lola Verses is a subtle picture that depicts a crisis in a woman’s life, one that comes with age, and one that was set into motion by external forces. Her year-long rebirth only started when she began to let go and experience the stress-reduction activities for her dissertation. The film is not for some and may appear slow and exasperating, but this independent film requires patience as its narrative form is mature. Lola Versus is an admirable effort to explore a woman’s metamorphosis and an understanding that the moments of silence in her life may be her best opportunity for growth.