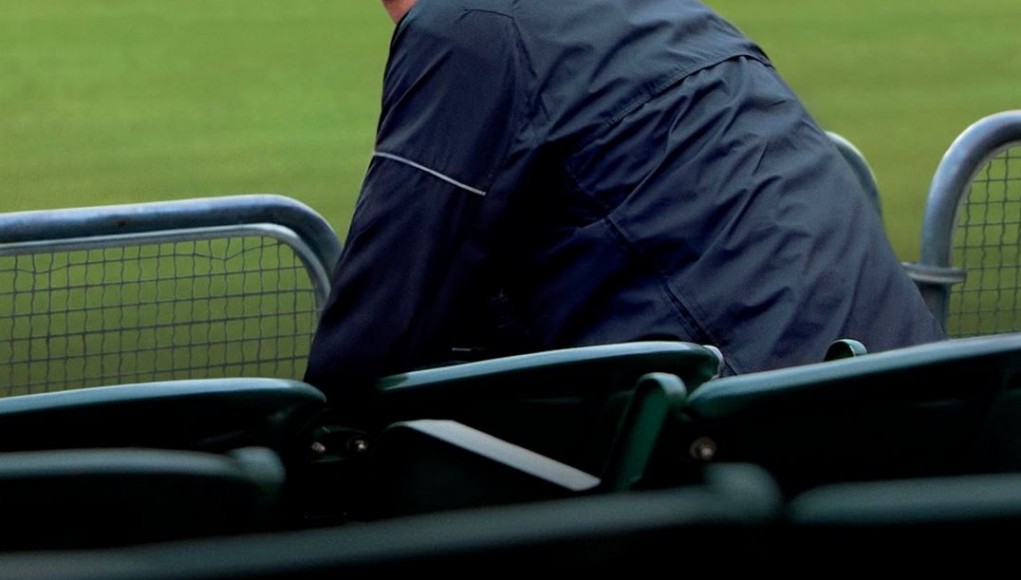 The strike in 1994 and performance enhancing drugs have been at the center of baseball’s national narrative for the past several decades. It has created a massive distrust in the game and its players. One of the lesser known stories now has its own Hollywood rendition. Moneyball has immediately placed itself at the head of the pack when it comes to sports films by expressing how often the masses reject and discriminate athletes, failing to recognize the elements of value and synergy that matter when constructing a team.

Billy Beane (Brad Pitt) fell short in his brief career playing for the major leagues, and over a dozen years later is now the General Manager of the Oakland A’s. With his best players leaving for other teams, he is in a tough position to fill their cleats with a paltry budget. Beane encounters Peter Brand (Jonah Hill), a Yale graduate whose talents and genius is unappreciated at the Cleveland Indians. Beane recognizes Brand’s talent, which is to find low-cost, valuable players that complement one another. Essentially, the Oakland A’s had devised a economic strategy that would put them into the playoffs.

Beane was once considered a multi-talented baseball player that just fell through the cracks. At the peak of his talent, he was lifted up by scouts, and slammed down by the major league experience. The film does not fail to acknowledge Beane’s yearning to change how managers and coaches consider athletes for their ball clubs. In the present, Beane’s greatest talent is trading and buying players. Brand’s single talent, narrowing each player down to a single number and a single attribute. He looks at each player as a child looking at a freshly minted baseball card, romanticizing the day a rookie card will appreciate in value. That is exactly how Brand considers his choices for inclusion into the roster.

Bean and Brand have their synergy, and this how they are able to capture a synergy between the players chosen and acquired. Baseball is an American sport that has rich history. Trying to change anything will be met with naysayers and ill wishes. The film focuses on the first half of the season, exploring the trials and tribulations the administration has to counter. The more their own players and personnel criticize and doubt their strategy, the more they stick to their guns, fine tuning their roster even further.

Statistics are a staple in all sports, evoking political discussions and heated gossip throughout the year. But when you merge statistics, economics, and theory you create a beast. Moneyball examines how an underdog team with a budget four to five times less than the New York Yankees can be just as competitive, if not more. What we see here is a conflict between emotions and economics. The economics show that one can begin to consider athletes based on factors that are unappreciated. Essentially, like a great stock or commodities trader, you look for the value trade, not the popular trade.

While Brad Pitt had a smash role in The Tree of Life, he excels in Moneyball. He becomes Beane and shed’s his beloved role as an American heartthrob. Likewise, Jonah Hill has also shed his crass roots and taken a meek demeanor that represents Brand’s academic approach to fulfilling the A’s 2002 roster. Philip Seymour Hoffman knows his place in a film. His role is more subdued, designed to be an obstacle in Brand and Beane’s way, and he exudes the resistance to change that is at the heart of the film. The film includes many other fantastic performances, and the ensemble cast, like an ensemble baseball team, has a synergy that carries the film from beginning to end with aplomb.

Aaron Sorkin and Steven Zaillian are giants in screenwriting—each with their own Oscars for screenwriting—have adapted the non-fiction book Moneyball that the film is based on. The film’s plot shows that these two have crafted a masterful tale that explains the phenomenon that redefined American baseball for contemporary times. Both screenwriters have had their share of adapted scripts that have explored real events more as myths that exhibit the inherent truths of the subjects they portray. Sorkin’s adaptation of The Social Network, and Zaillian’s Schindler’s List are perfect examples of their prior works that exhibit this mastery of refurbishing real-life events into myths that translate better in the cinematic form.

Moneyball is Director Bennett Miller’s third time out, second as a narrative filmmaker. He, along with the scriptwriters, have explored and presented, in a easy to consume manner, an aspect that has changed the way baseball will now be played. The film is never pretentious and cleverly disguises the cinematic tools used to make the film’s elements invisible. There is a high replay value attached to the film, making it’s future ancillary release a moment to look forward to for further analysis.