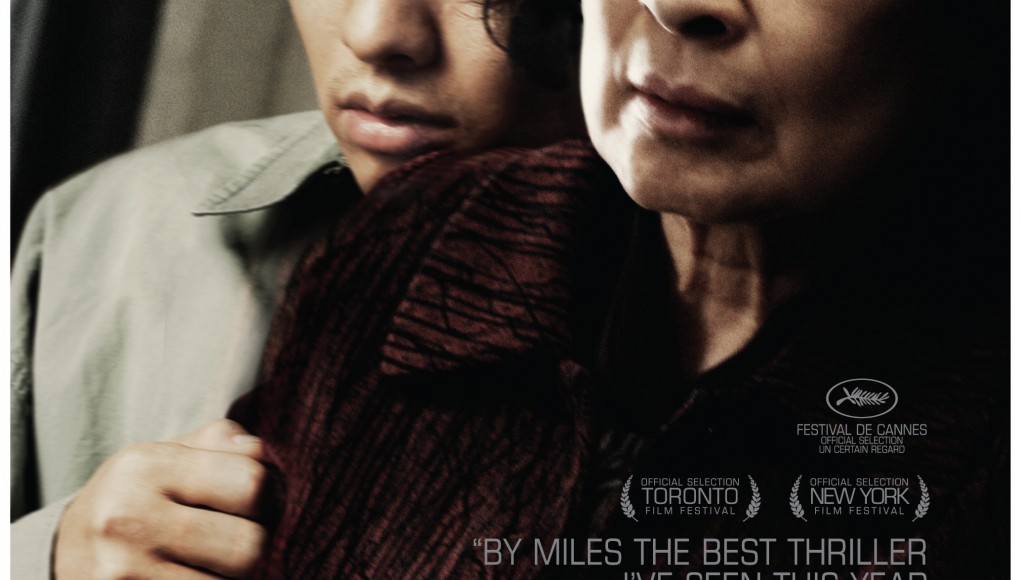 Mother is one of many films that have trumped Hollywood in providing original stories to audiences. With a dark, ethereal aura that sprinkles dark comedy gracefully over the film’s crime drama plot, this film is a gem that should be promoted alongside the bulk of South Korea’s best cinematic exports.

Mother begins with Mother (and will be referred to as Mother) (Kim Hye-ja) dancing in a field, as if there is not a minute kilogram of weight on her shoulders. The next scene we see the same Mother chopping spices, finding her song, Do-joon (Won Bin) being almost run over, and runs to his rescue, yet he is fine, unharmed, slightly embarrassed by her coddling.

Do-joon is a shy, easily manipulated, and somewhat handicapped young twenty-something who has become the prime suspect in the death of a young high school girl. He is tricked into signing a confession and at most, may find himself serving time in a hospital for mentally-ill. Do-joon’s Mother refuses to believe that her child could ever perform such an at and chooses to find the killer herself.

As Mother navigates through the world of teenagery in a South Korean town, she uncovers the troubled life of the dead girl, and reveals the perverseness that surrounds her death.

Like all mothers, the Mother in this film is doting, and rather over-protective. Do-joon isn’t completely mentally handicapped. He is well enough to take offense to being called “retarded”, yet us unable to put together pieces fast enough before scumming to signing a confession that assures imprisonment, or even to know the difference between sleeping next to his mother and sleeping with a woman.

There is an obvious, albeit unexplained notion that Mother has protected her son numerous times from incidents where Do-joon could not clearly defend his innocence. This time, even with acupuncture tricks to allow him to remember the most finite details, Do-joon is unable to remember his allibi, and Mother is subjected to learning truths about herself and her son in which she cannot protect him from.

Mother, beyond the excellent performances and breathtaking cinematography, excels the most in being providing an original plot that could just as easily be a true story. The film ends in a furry of twist endings, almost as if it was a reversed noir, yet it is relatively happy ending. However, the ending is nowhere near that of predictable, and clearly throws the audience a fast one.

This film shows the undeniable truth that there is a constant flow of original films exported from South Korea, with Thirst being another. Keep your eyes and ears to the ground for Director Bong Joon-ho’s next steps as a filmmaker.