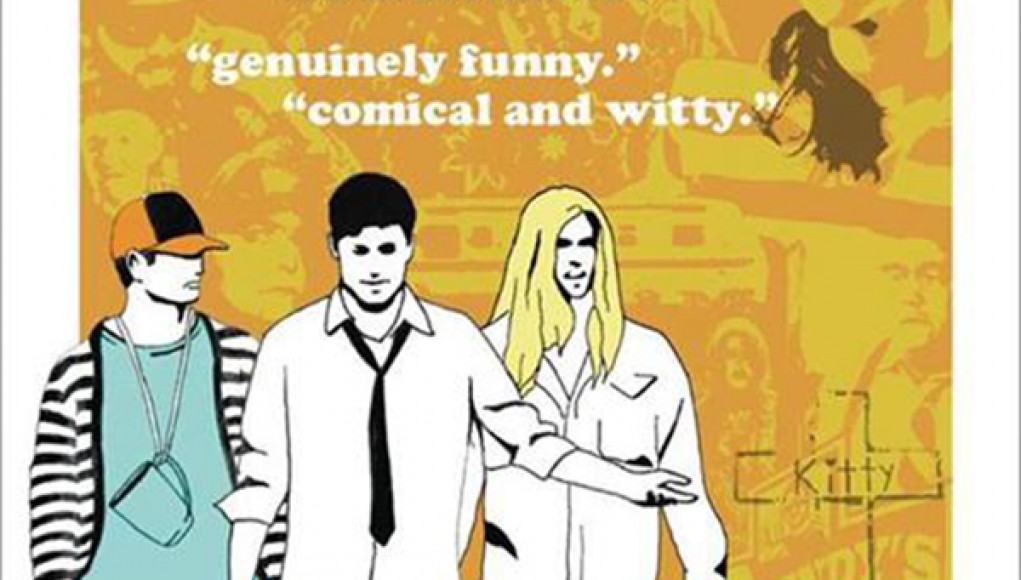 An impressive result for an extra-low-budget debut, My Favorite Movie! takes on complex narrative forms and unashamedly balances between camp and banality, even if the former is its ultimate savoir.

A teenager named Billy discovers a hand-written note and a VHS tape in his parents’ bedroom that explains why a local fast-food restaurant McDuck’s has been disparaged recently. Some years before, Dave (Bryan Ferriter), Billy’s father, who loathes the insurance company where he’s employed. His best friend, Jerry (Martin Rogers) is a millionaire who enjoys his own mansion, has two sessions with his personal barber each day, and frolics in the woods on his own terms. Jerry has a particular hatred for McDuck’s because a “hot coffee” incident sunk the company’s stock, which also took a chunk out of Jerry’s own coffers. When Jerry becomes infatuated with one of the women who works there, the situation creates a conflict of interest for Jerry.

The film is narrated by several high school students acting as a Greek chorus, telling the story though traditional gossip and grape-vine eavesdropping. These students are easily the best part of the film, often times acting with much more composure than any of the main characters. The film only returns to these students a handful of times—disappointing since there is a strong feeling that there is something much more interesting happening with these students than the main narrative.

My Favorite Movie! is a conflicted film. It has moments of promise, complete with its own sense of visual style and a complex narrative plot, but it also suffers from bottom-barrel casting. Despite the conventional characterizations and stereotypes, the many characters do add color and specificity to the film. The central relationship of the film is a painstakingly annoying, bizarre, and destructive friendship between Dave, Jerry, an eccentric—possibly an idiot savant—named “The Steve”, and several others who seem to follow Jerry’s nihilistic tendencies. This group of misanthropes constantly push the needle, clinging to a group narcissistic mentality.

The catalyst for both the film’s plot and Jerry’s hatred of McDuck’s comes from a real-life lawsuit where an older woman burned herself horrifically due to extremely hot coffee at a McDonald’s in the early 1990s. This incident is used as an example of the abuse of exceptionally large monetary settlements, spawning a nationwide discussion for tort reform. Monetary compensation from tort is determined by the amount of negligence, and at the time, McDonald’s had several dozen similar incidents, leading to the landmark, jury-approved payout. The HBO documentary Hot Coffee explored this situation as well as the entire corporate-backed tort reform movement. Jerry’s abhorrence of the establishment is in direct opposition to the general consensus at the time, even if it is backed by political insistence on tort reform.

Cinematography is surprisingly the biggest representations of value in from the film, and the team has a real understanding of depth and lighting. There is also a clear visual style with fleeting moments of brilliance, only to be counteracted by an equal helping of banality. The filmmakers are clearly in love with their wide-angle lens, except that it over-distorts the image most of the time. This lens choice also works well on the dolly shots, where they are unmistakably taking cues from Wes Anderson.

Wes Anderson isn’t the only filmmaker who comes to mind while watching While My Favorite Movie! The fast-paced Lynchian quality conspires with something out of a Mike Judge or Farrelly Brothers film. “Classless” is a word to describe most of this film, but that might be an accepted compliment by the filmmakers, and maybe it’s so. Inside of that classlessness is an absurdism that the filmmakers may have never intended, but the final result is reminiscent of Quintin Dupieux’s http://www.cinemafunk.com/movie-reviews/wrong”>Wrong or Rubber.

Getting past the droll opening credits rewards viewers with a pleasant surprise of how watchable this film really is. There are some impressive long takes, camera staging, and the Greek chorus narrative device isn’t an easy way to start one’s film career. Better acting would have lifted this film beyond its means, and clearly the weakest aspect of the film. Perhaps the world might need some time before this film is discovered by an incredibly small, but inevitable cult demographic.