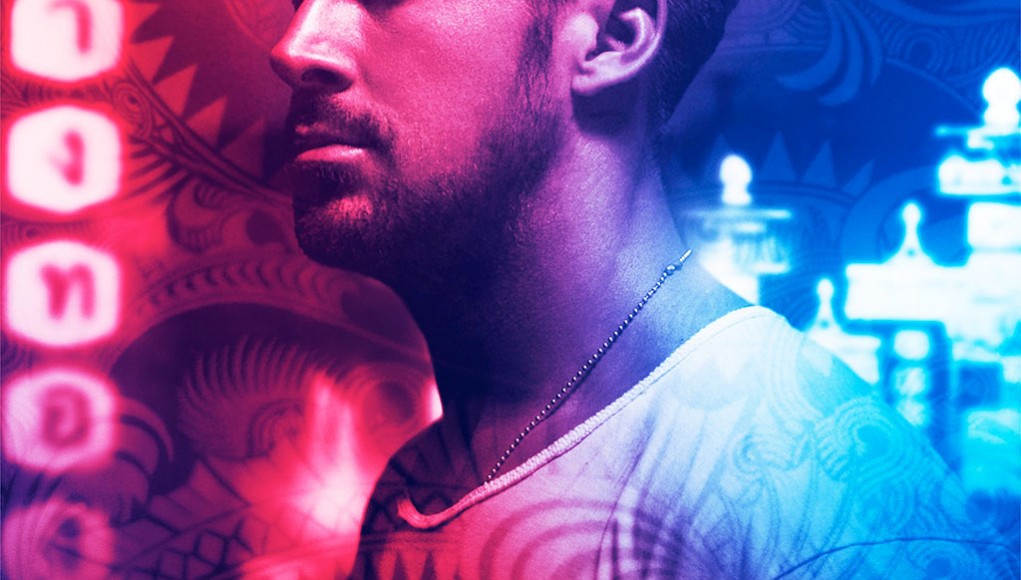 Only God Forgives, Nicolas Winding Refn’s follow-up to his much-loved indie gangster flick, Drive, is a difficult, hyper-real, and aesthetically progressive film, but it lacks the strong, sensitive narrative of its predecessor.

When Julian Thompson (Ryan Gosling, playing another quiet and moody badass for Refn) discovers that his sociopathic brother has been murdered, he plans to exact justice on his brother’s killer. Julian is thwarted by the facts, however, when he discovers that his brother raped and murdered a 16-year-old girl, then was killed by the girl’s father at the behest of Lieutenant Chang (Vithaya Pansringarm), a police officer investigating the case. But Chang is not just any police officer – he happens to be a ruthless, sword-fighting, homicidal maniac; and herein lies the heart of this film’s problem. The viewer never knows why Chang is a ruthless maniac, or even exactly why Julian’s brother is a sociopath, although in the brother’s case, his traumatic childhood instigated by his and Julian’s evil, seedy mother, Crystal (Kristin Scott Thompson) – a character equal parts Norma Desmond and Lady Macbeth – is later implied as the reason.

Refn’s Drive centered around the burgeoning, paternal relationship developed between Gosling’s character, The Driver, and his love interest’s son. Once the film established that relationship, its conflict rose out of the protagonist’s need to protect his surrogate family. But in Only God Forgives, the emotional connections between family members are vague, perverse, and only discovered late in the film, well after the conflict of the brother’s murder is introduced. Even Julian’s “love interest,” an erotic dancer/prostitute named Mai, bears no direct connection to the main conflict, and almost no emotional connection to Julian, as their relationship consists of little beyond kinky sexual encounters.

And speaking of murder and sex, Only God Forgives has both in spades. Among the film’s more transgressive events are Chang disemboweling one character, then driving small dinner knives through all four of another character’s limbs just before cutting out his eyes. On the coital side of things, there is an S&M scene between Julian and Mai that features Mai pleasuring herself; implied, off-screen sex between Julian and his own mother, Crystal; and a later scene in which Crystal reveals and obsesses over the disparate sizes between her two sons’ manhoods. Again, most of this could be far more shocking, relevant, and effective without the dearth of central character development.

Only God Forgives concludes with a dedication to Alejandro Jodorowsky, and although the film more closely imitates Gaspar Noe (who Refn also thanks later in the credits), the Jodorowsky nod may help pinpoint Refn’s motivations with this film. Like the surrealist movement from which Jodorowsky derived his style, Refn’s first priority is his attention to aesthetic detail. On that level, the film is a wild success.

From the lighting to the square-shaped symmetry in several shots to Cliff Martinez’s dark, booming, harmonic-laced soundtrack, every visual and auditory element of Only God Forgives is meticulously thought out. Color especially plays a role in conveying the film’s themes. In one opening scene that serves as a prologue, two professional fighters duke it out at the boxing club run by Julian. The fighters wear red and blue trunks, respectively – two colors repeatedly contrasted in the film, that also happen to represent the film’s protagonist and antagonist. Julian is almost always surrounded by the neon red lights of his club, and he wears red at the beginning of the film. Lieutenant Chang wears navy blue and can be found in several Lynchian scenes, singing Asian lounge songs to his officers in the bright blue light of a night club. Interestingly, when Crystal first appears, she wears dark pink and is surrounded by the violets decorating her hotel, casting her in the middle ground as a foil to the red and blue of the film’s two main adversaries.

But Refn’s greatest talent may also be his biggest downfall, because although he has a unique gift for conveying emotion by way of visuals, his reliance on that gift in Only God Forgives cannot save the shortcomings of the film’s script. Breathtaking visuals like the tracking shot of Chang walking forward, waving his sword by a lake, or the final encounter of Julian and Chang in the woods – a setting so rustic and brown compared to the rest of the film that it feels almost mystical – are truly awe-inspiring. However, much like Jodorowsky’s brand of vapid surrealism, without the foundation of a compelling narrative, these attractive images amount to little more than just strange, pretty pictures.