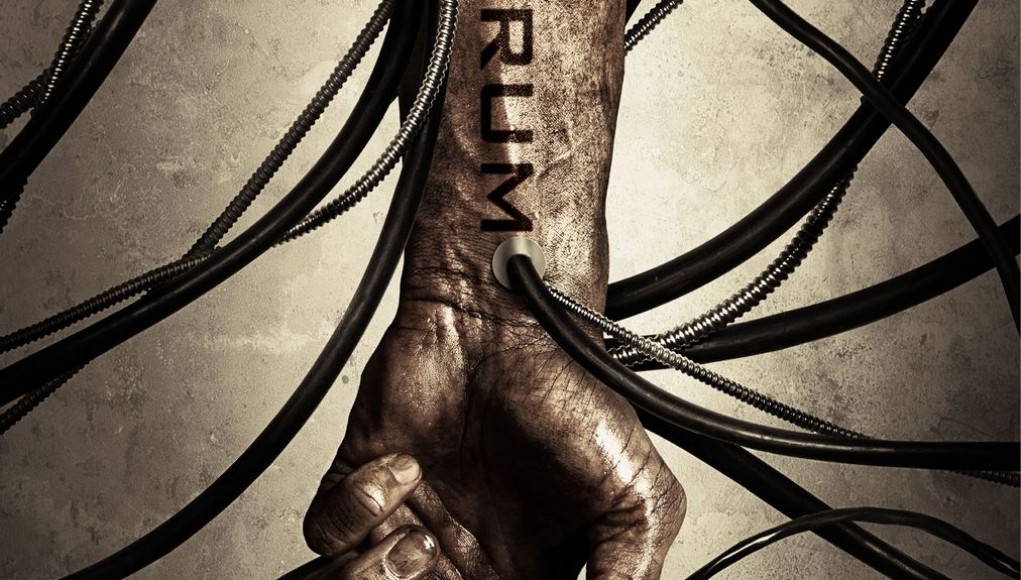 Can great acting keep a film from being an ultimate failure? With a inspiration-less plot, Pandorum is a sci-fi thriller that is able to overcome predictable plot twists to be an effective science fiction film.

Earth’s resources are at dangerously low levels as overpopulation fuels world-wide war. After a space probe discovers a planet called Tanis containing a sustainable atmosphere, a sleeper ship Elysium embarks on a 123-year voyage to the planet. Corporal Bower (Ben Foster) awakes from a lengthy hibernation module to find himself alone and with heavy memory loss. Within one hour Lieutenant Payton (Dennis Quaid) also awakes with much of the same memory loss.

Unable to contact the bridge, Bower crawls through the air ducts to reach other areas of the ship. Payton stays in contact with Bower through radio and brings up a discussion of psychological condition called Pandorum. This condition can surface during extended space-flight and hyper-sleep, much like the sleep that Bower and Payton awoke from. Bower encounters dead bodies and fast-moving mutated humanoid creatures. After befriending two rogue survivors, Bower continues to reach the ship’s reactor to get the ship to a stable, working condition.

The premise of Pandorum does have a certain clever plot that is plausible. Earth will either, run out of resources to maintain human existence or be swallowed up by the sun. The reduction of resources will certainly happen first (it may even happen this century). Looking for another earth-like planet is a plausible situation, something that is happening right now. Since this film takes place nearly one thousand years from now, the film is able to explore more science fiction elements, and does so well.

Where this film begins to fall apart is the minimal back-story that is predictably linked to the film’s ending twist. “Dude, you were right”, my roommate said to me. In a move similar to Memento‘s “Remember Sammy Jenkins” plot, one can accurately call one of the major twists before the second act begins. Pandorum does successfully create a thrilling opening act that is reminiscent of Cube. However, the thriller’s pace softens as the predictable plot points appear.

The performance of Ben Foster (The Messenger) is the very reason why anyone should watching this film. He alone carries this film, with minimal help from Dennis Quaid. Foster’s performance is uncanny, and saves this film from being a wasted experience. His acting continues his decade plus long streak of excellence.

Director Christian Alvart was able to hold the film together enough to make it watchable, but may have not been the reason for Foster’s excellent performance. The real signature style comes from producer Paul W. S. Anderson whose lengthy career in sci-fi is very apparent in Pandorum. The CGI is inconsistent, as darker scenes feature far more film grain than more brightly lit shots. The opening scenes in the duct do add to the overall feeling of claustrophobia, but later scenes feel like the ship Elysium is a space version of Legend of the Hidden Temple.

For strict science fiction fans, Pandorum is a satisfying thriller. For the common movie-goer, the film drifts by once the predictable moments are called out by the more intelligent viewers. But it is Ben Foster who shines (as he always does), and it may be the only reason to see this film.