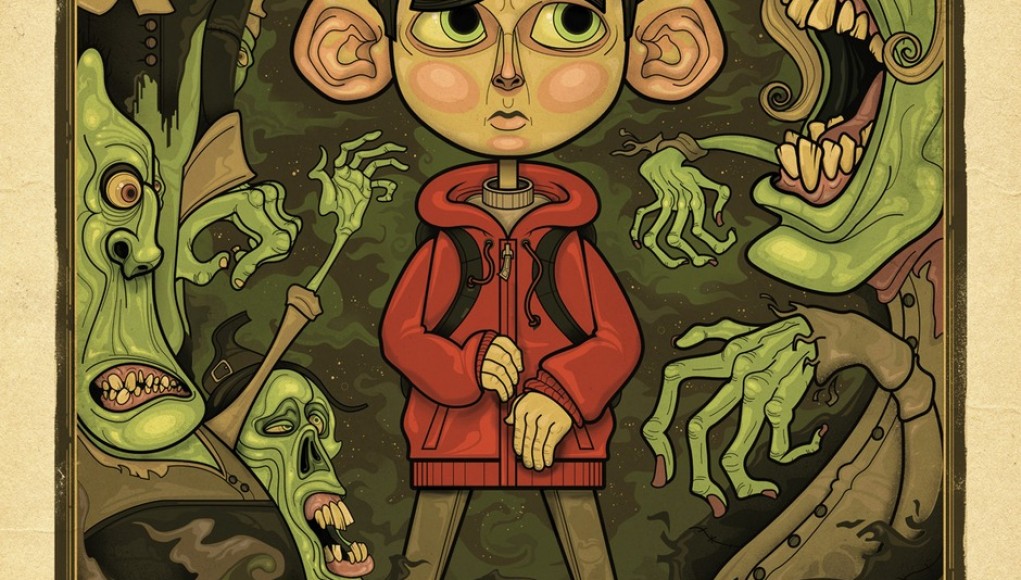 Talented computer wizards have been pumping out fantastic animated films using the latest computer-aided technologies for almost two decades now, but it is certainly a pleasure to see stop-motion, the age-old animated medium, still have relevance in the 21st century. ParaNorman is a technical achievement in stop-motion animation worthy of accolades, even if the story is filled with tired tropes and stereotypes, and is rather lackluster in general.

Norman Babcock (Kody Smit-McPhee) can communicate with the dead, an ability that no one believes he has, making him a freshly painted target for bullying. Norman befriends the overweight freckle-faced Neil (Tucker Albrizzi), and the two share a common bully, Alvin (Christopher Mintz-Plasse). When Norman’s uncle, Mr. Penderghast (John Goodman), dies his ghost explains to Norman that he must continue the yearly tradition of reading fairy tales to the ghost of a town witch that died 300 years earlier. Unsure of the reliability of Mr. Penderghast, Norman contemplates his role as zombies have begun to overrun the town.

ParaNorman is a contemporary bully narrative that uses horror and sci-fi themes and styles to help alienate Norman from others and ease us gently into this ghoulish world. The present-day conflict parallels with a Puritan witch-pointing trial 300 years earlier, leaving a young girl outcast executed for witchery.

Aside from Norman, the film if rife with stereotypical characters; the eccentric over-weight friend and his older jock brother (Casey Affleck), the boy-crazy sister (Anna Kendrick), and the embarrassed but concerned parents (Jeff Garlin and Leslie Mann) to name a few. These characters play-out the common and tropes of horror movies and children’s films, which is easy for parents and children to consume, but quickly loses its luster.

As with any stereotypes, it creates an easy way for the audience to relate the story. It is just the tip of what is really a rather boring and shallow movie. While the film certainly has a decent pace and rhythm, there is really nothing all that exciting that happens. What keeps your attention will be the film’s supernaturally awesome stop-motion animation.

There is no argument, ParaNorman’s stop-motion animation is a technical achievement and a wonder when compared to the excess and availability of CGI. Laika, the studio behind the film and 2009’s Coraline, are films that have pushed the boundaries of the animation form, creating sylized hyper-realistic worlds that rely on Gothic traditions. It is lovely to see stop-motion animation in general making huge strides, especially with Wes Anderson’s Fantastic Mr. Fox a few years back.

ParaNorman’s hyper-realistic stop-motion animation is aided by 3D color printing, a relatively new form of printing that can produce precise objects. The technology lets designers to construct characters and objects on a computer, then have it printed to precise specifications. This technology produces an incredible amount of consistency from frame to frame, allowing for ParaNorman to have one of the most dynamic stop-motion animated sets and characters in sometime. Even better, directors Chris Butler and Sam Fell, along with their team at Laika, did not waste such technology on attempting to replicate humans accurately, but instead create a stylistic world.

Although the film quickly becomes boring, ParaNorman is worth at least one screening. To see how far analog stop-motion animation has come in this day and age is a necessity for movie lovers. It is however the perfect film for families, offering both humor and light-hearted thrills. However, ParaNorman is far from becoming staple in children’s cinema, but the film is now a central monolith in stop-motion animation, which has retained its competitive nature.