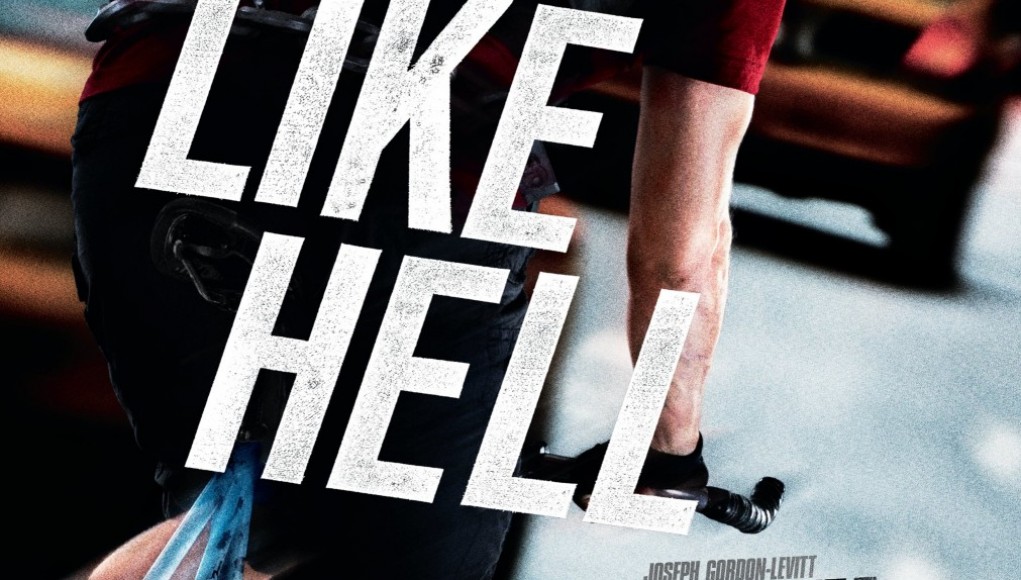 “Forget it, Jake, it’s Chinatown.” The ending of Chinatown says it all, Chinatown is a lawless neighborhood where even the most corrupt cops cannot maintain authority—at least in American cinema. Premium Rush, uses this ideal of lawlessness and places it underneath a relentless pursuit of a bicycle messenger who carries a package with the utmost importance for many parties.

Wilee (Joseph Gordon-Levitt) is a bicycle messenger who is on thin ice with his girlfriend and fellow bike messenger, Vanessa (Dania Ramirez). Wilee receives a last-minute assignment from his girlfriend’s roommate, Nima, a Chinese student whose critical piece about Tibet years prior has given Chinese authorities a reason to keep her son from following her to New York. Upon receipt, Wilee is confronted by Bobby Monday (Michael Shannon), a crooked cop with gambling debts who insists that he gets the envelop. Wilee, loyal to the promise of security that his job requires, peddles away with Monday chasing after him.

As Office Space made famous, Mondays blow, and Bobby Monday is not exactly having a great day either. Monday owes an egregious amount of money to an underground Chinese gambling circuit and is given a hint to intercept Nima’s financial transaction. Played with same intensity as Take Shelter but with a ramped-up urgency, Shannon again provides a thrilling performance with power and force.

The first two acts of Premium Rush move back and forth between the present and the past, crafting a patchwork quilt of conflicts, and when stitched together, it creates a heightened urgency to the central chase. The film relies on flashbacks, contemplation of future events, and even tilt-shift photography to evoke the film’s themes of circumstance and chance. Flashbacks to earlier moments in the afternoon in each of Wilee, Monday, and Nina’s timelines exposes the motivation of each character. At first, the back and forth nature of the plot seems artificial, but on closer examination, the plot is essential to ramp up the motivation of the characters, which shows the reliance on time shifting.

Not only does the film halt time and return to prior moments, the film also halts time when Wilee contemplates his routes and the potential consequences of each. Time is slowed in an attempt to replicate the split-second decisions that bike messengers have to make. Furthermore, the film uses tilt-shift photography to visualize the routes, and in-turn makes Manhattan look as if it was a toy or a playground for the Wilee and company to ride amok.

Bicycles are classified as vehicles in most state laws, but the versatility of the bike also allows for a degree of pedestrian access. Wilee is an advocate of the fixed gear, brake-less bike. He is paid to be speedy, and precise, thus, coasting is not an option and Wilee must always be pedaling forward or must be stopping, and the only reason to stop is when you have reached your destination. Wilee’s preference nearly sums up the film’s plot, it can never coast and must always pedal forward. Except it does not always do so. Like a geared bicycle which can be shifted to find a more efficient ratio, Premium Rush relies on distorting time to expose flashbacks and flashforwards allowing for freedom of pace and speed.

Director and co-writer David Koepp has had a gleaming career as a screenwriter, penning some of the biggest Summer blockbusters, and has been a go-to scriptwriter for Steven Spielberg for decades. Premium Rush’s release has been marred by lawsuit, preventing the film from a late 2011 release. Now free from legal inquiries, Premium Rush has helped the end of the Summer movie season buck the franchise and sequel trend.

Premium Rush promises the fast cuts, near misses, and urgency, but what its marketing does not promise is the grander themes. The aforementioned Chinatown reference spills over into Premium Rush as the Chinese organization at the heart of the film has no loyalty to anyone, not even their own homeland, and the ending explains how deep the disloyalty in all ranks go. Like most action films with speeding cars, the main characters make it look cool to break laws, and in this film, Wilee makes several moving violations. As long as the main character has a heart and has confidence in his equipment, American cinema has no problem turning the other cheek, especially if the crooked cop gets his due.