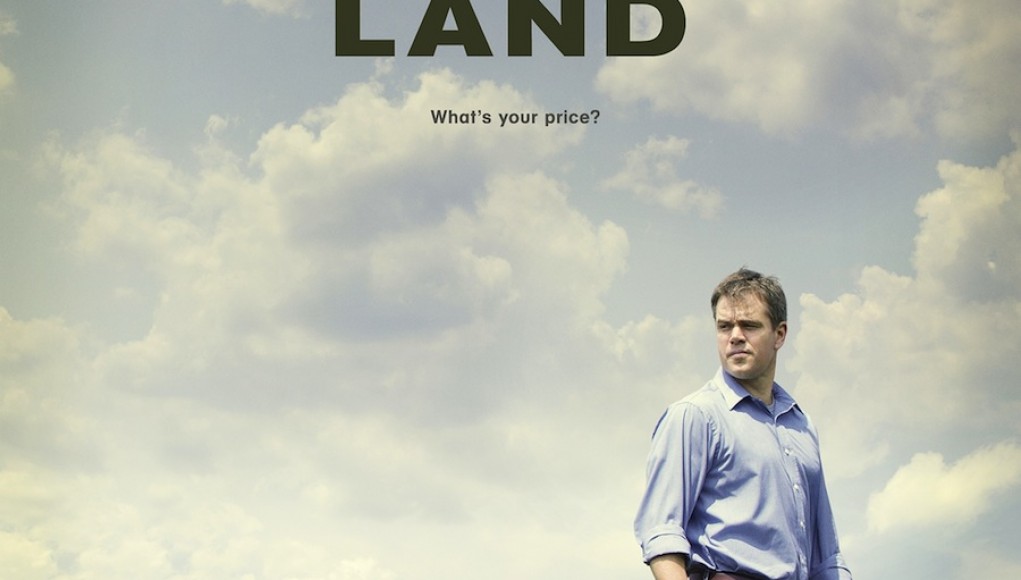 Energy dependence has become a hot issue with the complications for global warming and increasing prices of oil. Promised Land explores the efforts that corporations take in order to secure their interests and by twisting perception and popular narrative to sell these interests to the public. The film is both written by Matt Damon and John Krasinksi, who both also perform in the film, and exposes how quaint, small, rural towns are the gatekeepers to continue the massive need for energy in our modern socieies.

Steve Butler (Damon) and Sue Thomason (Frances McDormand) are partners who work for Global Crossover Energy, a large corporation that partakes in hydraulic fracturing in order to produce natural gas. Steve and Sue are going house to house in order to purchase rights to drill on land, as well as lobby a small farming town into voting for such measures to continue. When Frank Yates (Hal Holbrook) comments about the potential ramifications of fracking at a town hall meeting in the local high school gym, Global becomes concerned about Steve’s ability to maintain control of winning the town over. Criticisms of fracking increase when Dustin Noble (John Krasinski) of Superior Athens, a grassroots environmental organization, arrives to counter Global’s interest.

Early in the film Steve confides in his superior that his hometown was not dissimilar to those towns he targets. His hometown had lost its central industry, and the town became economically depleted. Fracking has been heralded as a solution to foreign oil, particularly because of its abundance in the United States, as well as the potential for job creation. However, the methods to extract the natural gas from shale can pollute or contaminate ground water. For a farming community such pollution can devastate crops and livestock. For a small town struggling economically even before Global’s presence, the potential of contamination is difficult to swallow as their current situation is just as dire.

That is essentially the stand out conflict of Promised Land; damned if you do, damned if you don’t. The situation is not all that different than that found in There Will Be Blood, where Daniel Plainview promises a transformative experience for a small Californian town if they kowtowed towards oil production in their community. Plainview offered the same benefits that Global does, education, jobs, prosperity. It is a hard offer to refuse, but in the case of fracking, the evidence of contamination and harm to the public at-large is widespread.

Promised Land also humanizes those who work for these large corporations who work diligently to produce results for their job. Steve never dismisses that fracking might be harmful; he merely twists the narrative through public relations, which is essentially the parallel battle that Steve and Dustin engage in. They are not only fighting each other against the issue of fracking, they are battling each other through the perceptions based on grassroots propaganda. Lastly, these two are locked in another battle, that of the romantic interest of Alice (Rosemarie DeWitt), a local school teacher.

Directed by Gus Van Sant, Promised Land features Van Sant’s ability to make the filmic medium disappear, and focus on great story telling, particularly through developing likable characters for the audience to be invested in. As with his other films which featured social issues such as Milk or Elephant, Promised Land offers no concrete solutions, other than that something must change. While these films certainly focus on the problems, the inability to provide solutions is more relatable in a society where prosperous solutions are not easily attainable in the first place.

With oil prices so closely aligned with the American economy, rising prices place an incredible amount of weight on the public. Even the slightest ease can be beneficial, even if the source of energy changes. When that new source has gross evidence of contamination, then the non-monetary price is not worth the cost.

Steve learns, although by being beaten by the opposition, that gaining the public trust through sincerity is the most valuable solution. Yet, the opening credits reveal that one of the financial studios is Image Nation Abu Dhabi. Abu Dhabi is one of the most prosperous countries to benefit from oil production, and it is rather conspicuous that regional financier is a partner in producing a film that is critical of fracking.

Oil, natural gas, coal; all these definitive resources have a high cost and can be depleted. Promised Land really provides a hushed discussion of the importance of the future of energy in a power hungry nation like America. Like any great corporate scandal, Promised Land features its own unique twists and turns that are satisfying and engaging, but its message will, like many other socially aware films, be seen only by the choir. 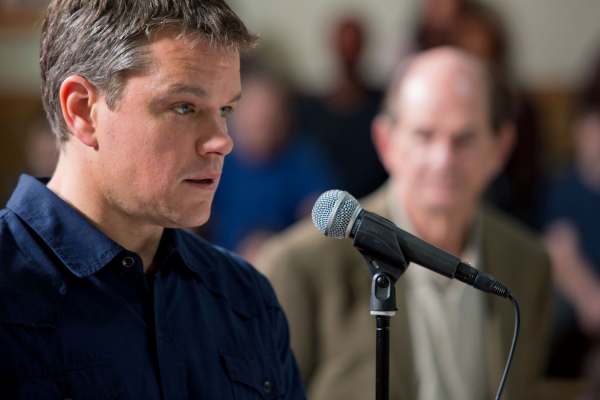