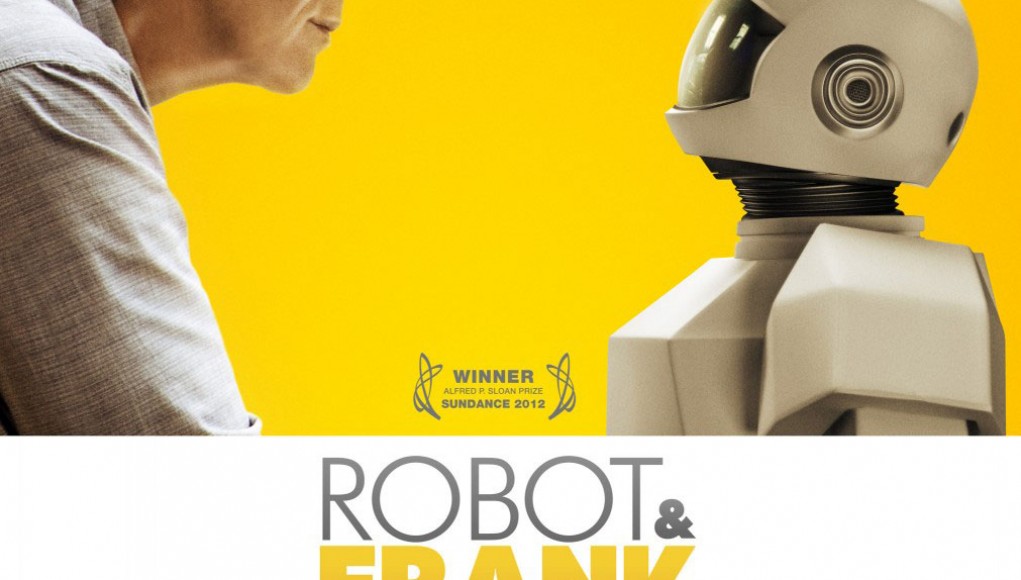 Developed countries accepted and faltered with mechanization during the first half of the 20th century, and the same is happening with digitization. As technology begins to both assist and complicate our lives, the lines of morality become blurred. Robot and Frank confronts these issues of technology with compassion and humor, and places it in a plausible future.

Frank (Frank Langella) is an elderly ex-convict living alone in his house in the woods several miles from town. He has not been cleaning his house, eating properly, and his memory is becoming spotty. His son, Hunter (James Marsden), purchases a robot (voiced by Peter Sarsgaard) to assist with Frank’s cleaning, grocery purchases, and other household chores. Madison (Liv Tyler), Frank’s activist daughter, is against Hunter’s robot purchase, however Frank has begun to take a liking to the robot, especially when he realizes he can teach it to pick locks.

Frank is also interested in Jennifer (Susan Sarandon), a librarian whose branch is closing and all the books to be recycled. Jake (Jeremy Strong), the director in charge of transforming the library, repeatedly patronizes Frank, asking him about the antiquated tradition of the library use. The elderly despise losing their autonomy and independence, and patronizing them makes it worse. This patronization motivates Frank to target Jake in a more complex heist, proving that he can continue what he does best, heists.

Frank enjoys his autonomy as a human, and as a thief he worked alone. At first, he is offended to be given a robot to assist with is daily routine. As Frank surrounds himself with the research required to pull of new heists, his robot invigorates him like nothing ever had before. Despite the yearning to maintain his self-reliance, his memory is becoming spotty. During a heist, Frank forgets about his robot’s presence, asking his supposed partner to remove that space helmet. Memory is not only a human trait, it is a computerized one as well. The robot begins to adapt and conform to Frank’s needs and dubious occupation. Later in the film, both Frank and Robot’s memory will be a central factor to the film’s conclusion.

Frank and Robot places a very current struggle into the not too distant future. Robots are becoming a reality, as the end credits reveals a montage of robots of today currently performing amazing tasks. The film also uses improved versions of technology that is common place today. Smartphones are transparent, and video phones are common place and projected onto the wall.

Today, robots are vacuuming our carpets, exploring planets a far, and are being granted legal authority to cruise our roads, and doing so without error. The 1950s brought a variety of science fiction films that depicted robots and technology as both a wonder and a threat, but today its becoming a reality. 2001: A Space Odyssey explored how computers, even in the future, will have issues emoting, but creative non-fiction author Lee Gukind explored how this may not be true today with his book Almost Human: Making Robots Think. Robot and Frank explores how robots can augment our reality.

As amazing as technology is, it can also reduce the necessity of other technologies. The book was transformed by the printing press, drastically reducing the price to obtain the printed word, and the internet increased accessibility to obtain knowledge once housed in said books. For Frank and Robot, it is the library that is being replaced, or re-imagined as Jake suggests. The film does not show how this is being done, but it is suggested that nearly anything that can be read is currently available in digital form, or will be scanned. Google has insisted that their company wants to collect all the world’s information, and has also teamed up with universities to scan tens of thousands of books, and their competence at searching through petabytes of information in mere seconds creates an synergy that allows us to pull up information incredibly fast.

While writing this review and contemplating the themes and motifs, Robot and Frank is becoming one of my favorite films of the years thus far. Affectionate and provoking, the film portrays a plausible future where technology becomes increasingly fine-tuned and integrated into our lives. Frank’s robot is initially designed and programmed to help him retain some form of independence, and seeing the robot become an accomplice in crime is gratifyingly adorable and fun. Director Jake Schreier and scriptwriter Christopher Ford have presented such a delicate premise with precision and compassion.