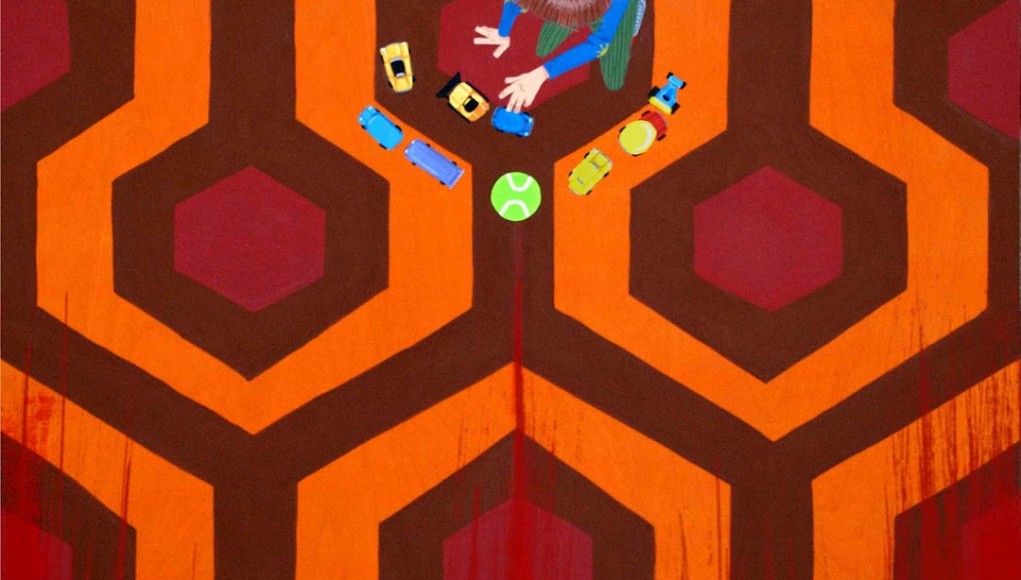 It is a critic’s job to use their knowledge of cinema and extra-filmic knowledge to interpret a film and formulate an opinion delivered as either a recommendation or a warning, or a deeper conclusion. One of the most foundational topics in film criticism was auteurism, and one of the foundational aspects of this critical topic was that there was a delineation between directors who merely had technical competence and auteurs who superseded said competence and inserted their personal statement and/or interpretation of the original source. Stanley Kubrick firmly lands in the latter, with five decades of films that were increasingly complex, dreamlike, and exceedingly researched.

Room 237 collects the opinions of five people who have watched The Shining repeatedly and closely to formulate their own theories of its meaning. These theories include an allegory of the struggles of Native Americans, an expression of the Holocaust, faking the moon landing, perverse jokes of a bored director that produced masterpiece after masterpiece, and even embedded psychoanalytic mise-en-scene to mess with an unsuspecting audience.

The five people interviewed for their eclectic interpretations of The Shining are never seen on screen, we only hear their voices. Perhaps this was a boon to the film, preventing the audience from becoming sympathetic towards the interviewees and remaining staunchly objective. If anything, the interviewees in the film have recognized continuity errors and applied their theories to them. They surmise the same thing: why would a perfectionist director such as Kubrick fail to keep seemingly mundane objects in their rightful positions during filming? Their theory: these continuity errors are not errors at all, but carefully considered forms of expression.

Stanley Kubrick is one of the most treasured directors in history with a deliberate style applied to complex themes and settings. Each of his films provoke profound interpretations and have dreamlike qualities to them, allowing audiences to have a reason to return and revisit. The film begins with one of the interviewees discussing a scene in Eyes Wide Shut where Tom Cruise’s character is looking at a poster montage of The Shining, exemplifying Kubrick’s deliberate and strict compositional style, but also a self-reflexive moment for Kubrick’s work. It sets up the film’s premise that Kubrick’s The Shining is not as clear-cut as once thought —as if anyone would ever considered it to be so.

While the interviews in the film make many solid inferences and compelling arguments on the meaning of The Shining, there are just as many outlandish proclamations. Perhaps that is what happens when you are unsure of your opinion of the film, causing repeated viewings, as was the case with most of the interviewees. One interviewee even found that playing the film both forwards and backwards at the same time and superimposed on each other also created a new plane of interpretation. Nearly all the interviewees admit that they were unsure if not disappointed by the film on their first viewing, often in a theater during its original run. Yet, there is nothing wrong with close readings of any text, as long as the research is there for others to peruse through and comment on.

The interviewees in Room 237, particularly the ones who consider Kubrick’s entire career, are inadvertently using a structuralist interpretation by considering Kubrick’s career where the sum of the parts is greater than the whole. The moment in Eyes Wide Shut and particularly the moon landing footage theory and its alignment with 2001: A Space Odyssey are perfect examples of this. Whether you choose to agree or disagree with these crackpot theories, this documentary does point out some interesting ideas, and the film is not merely a close reading of a beloved psychological horror film, but an ode to cinephilia and passionate fans who have the time, energy, and patience to find supposedly new clues after repeated viewings.

I see this documentary as a classic example for methodology classes to examine in terms of hermeneutics. The fans of The Shining depicted in this film are on par with the cult fanaticism of The Room or The Big Lebowski, where the ladder has had its fair share of books of academic and novelty purpose, and Room 237 captures that same devote following of Kubrick’s career. While many of the theories and conclusions in the film are suspect and far-fetched, the documentary itself is engaging and an important attachment to Kubrickian studies.