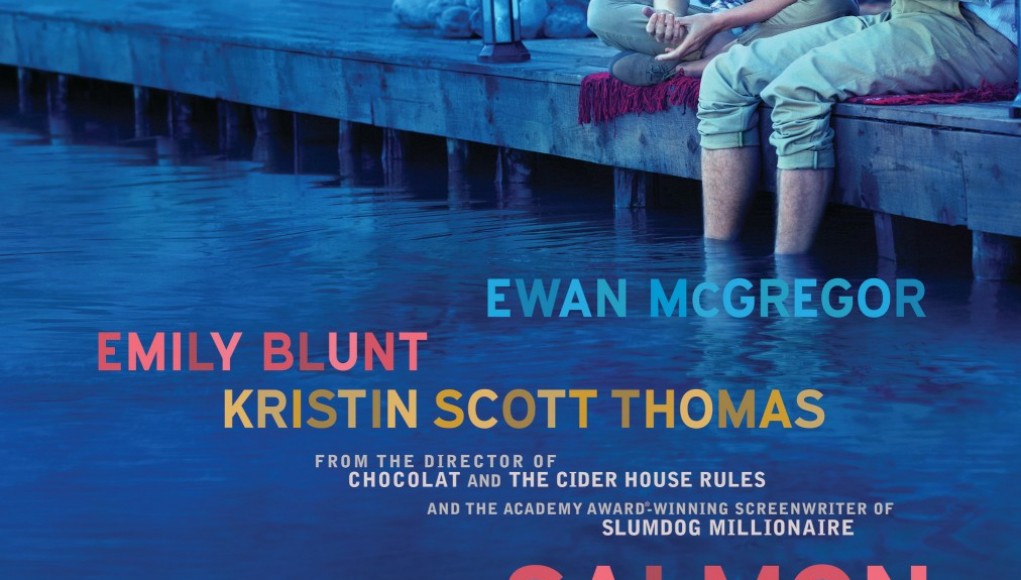 Director Lasse Hallström has been responsible for some of the most iconic feel-good movies and melodramas in the past three decades. His most recent project, Salmon Fishing in the Yemen may be one of his least aspiring. Filled with clichés and shallow metaphors, the film is a ho-hum attempt to comment on British politics and the merging of disparate cultures.

Patricia Maxwell (Kristin Scott Thomas) is asked to smooth over the population for the Prime Minister’s re-election after British occupation in Afghanistan continues to have disastrous results. While looking for human interest stories, she stumbles upon an attempt by Sheikh Muhammad (Amr Waked) to turn a barren Yemini valley into a river to introduce salmon fishing. Harriet (Emily Blunt) unites Alfred Jones (Ewan McGregor), a government employee who is an expert at fishing and freshwater aquatic life, to help bring the project to fruition.

Yemen, like many Middle Eastern countries, is extremely dry. Attempting to build an artificial river and introduce salmon to the region is a large scale project that affects both countries. Removing native salmon from the country becomes a major issue that could affect an entire industry and a pastime. In Yemen, religious fundamentals are concerned about bringing the sport to the country due to its Western origin, and because it could be the beginning of a large-scale development similar to Dubai. In fact, that is exactly what the Sheikh is interested in doing.

Salmon are adept at swimming upstream, a metaphor for the whole project portrayed in the film, as well as the film itself. The difference is that the film is stagnant when it swims against the current, and it cannot seem to find a stride that keeps the momentum from scene to scene. The film starts as a biting comment with the classic dry British humor to set up the exposition. As the film progresses, it has fallen into a trap where it seems to drag until it is finally stuck, like a fishing hook caught on rocks.

Those with Asperger’s syndrome are affected differently, and Alfred’s symptoms are rather meager compared to other representations, such as in Extremely Loud and Incredibly Close or even Rain Man. That is not to say he is not afflicted. If the film’s exposition was not so boring, I would have been awake to hear that Alfred actually had Asperger’s syndrome. After awakening around the beginning of the second act, there were no conclusive signs of Alfred having said syndrome. The only other mention of it was during an argument between Alfred and Harriet. I had originally thought that Alfred was just an incredibly intelligent and focused person with a wife. Nothing out of the ordinary there. The film could have just as easily done without Alfred having any differences whatsoever.

Salmon Fishing in the Yemen has a relevant premise that moves at snails place. How could anyone be in favor of permanently adding a river where there was none before, and transfer 10,000 salmon, a non-native species to Yemen? What environmentalist would be in favor of this? Of course, there is a political agenda involved, but the inane premise of the film as a comment on the opportunism of politics really just makes for a bad movie. The feel-good nature and the lesson of the film refuse to acknowledge the mindless and dangerous ideology of the film: That it is okay to introduce a non-native species to the region and permanently alter the land all in the name of a sport.