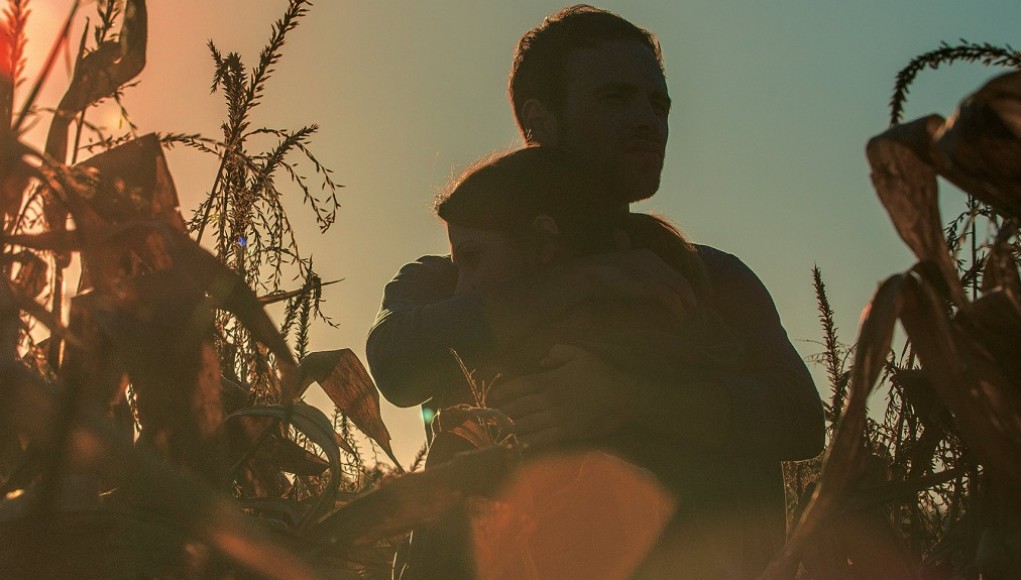 Sand Castles is about a young girl, Lauren Daly (Anne Winters), who has finally returned home after missing for more than ten years. During that time, the Daly family has been torn apart as the father committed suicide and the mother (Saxon Trainor) has become an alcoholic, with Lauren’s brother Noah (Jordon Hodges) taking up most of the household duties. Meanwhile, Tommy (Randy Spense) has taken it upon himself to find Lauren’s captor much to the chagrin of the local sheriff.

Tripods may have been too expensive for the production of Sand Castles, a film that also features a handful of scenes where the camera jerks around excessively, abusing the senses. Although that is not entirely fair, the film does sneak in a few sweeping crane shots during magic hour for that golden color bouncing off the cornfields. It’s a masturbatory shot meant to flex the filmmakers’ stylistic muscle, but instead firmly corners the film into an eye-rolling melodrama because these shots do not fit the scenes at all.

Canned dialogue with overdramatic delivery makes the film have sense of either a terrible soap opera episode or a decent Lifetime movie. Artificial plot twists can be pointed out even by the vaguely focused spectator, and if Sand Castles had a cast that was better known, it would be a prime subject for How Did This Get Made?

Production critiques aside, Sand Castles depicts the very real recent trend of young girls and women finally escaping decades-long captive struggles as sex and labor slaves in America. It also explores the emotional catalyst for vigilante justice, which has become a pressing topic when it comes to the cases that surround Stand Your Ground laws. All of these themes are important, but they are not nearly as urgent thanks to 2013’s Prisoners, which portrays these same themes and premises with a much stronger narrative grip.

Sand Castles leans solely on production values to skirt an incredibly weak narrative and an unlikeable cast of characters. The film’s plotline is as tight as an untied pair of shoes, and all the promised twists for a mystery thriller are undramatic and far too convenient to be effective.