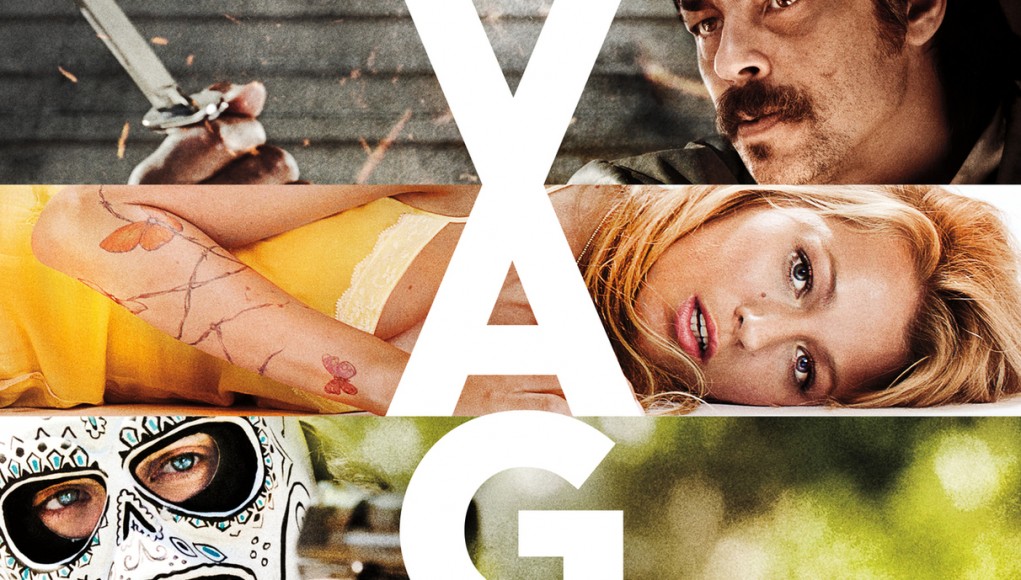 Satire can fun and intuitive, but when supported by pastiche and cliché imagery and plot, the message is lost, primarily because there is never a clue for it to be found. Savages abuses common drug trafficking tropes and conventions to expose a war between feuding drug cartels while the DEA looks on useless.

“O” (Blake Lively) is shared by two lovers, Chon (Taylor Kitsch) and Ben (Aaron Johnson), two best friends who also share a thriving marijuana growing business. After receiving an offer to merge their business with a Mexican cartel that is run by Elena (Selma Hayek) and enforced by Lado (Benicio del Toro), with only twenty-four hours to make a decision, the two realize the danger and make plans to skip town and enjoy a year abroad in Indonesia. O decides to make one last shopping spree at the mall, where she is kidnapped as bait to take the deal.

Although best friends, Chon and Ben have fostered a profitable business providing goods to medical marijuana dispensaries and other non-medicinal outlets, they could not be any more different. Chon has developed a stone heart after serving two tours of Iraq, and Ben has assisted villages in developing countries achieve higher standards of living. Lastly, Chon wants to expand their business and create a powerful empire while Ben wants out and would rather continue helping desperate villages continue to develop.

O tends to provide voiceover during the film’s exposition, giving us much of the aforementioned stated above, and again when the film’s visual story telling tends to fail. The film even begins on the gorgeous Laguna Beach, an unmatched paradise where O, Ben, and Chon have created an idyllic life for each other that is supported by their business and the many individuals that allow them to produce and launder their profits.

Oliver Stone shows a non-chalance when it comes to the violence in Savages, which is obviously indicative of the title. Stone tends to carry over a few of his themes from Wall Street 2 as well as continuing his tradition of political corruption and drug trafficking. Furthermore, Savages tends to fall into the same tropes and conventions as other films about drug trafficking, posing the white versus the Other and the danger that comes with the territory. No matter how hard the film attempts to expose bureaucratic corruption, betrayal among cartel ranks, and the softer side of a drug dealer and distributor, the film continuously falls into the same traps, making the film’s righteous statements redundant and moot.

This redundancy in conventions is a style passed over from Stone’s other films that utilize a post-modernist pastiche of cinematic clichés. Stone also used this pastiche style in Natural Born Killers and Wall Street to create intense and damning satires. They were works that were embraced by a percentage of an audience that did not get the satire and instead became disingenuous copy cats of the most cherished moments of the films. This is the danger of satire, primarily because the pastiche imagery and plot is too over-used and abused.

Savages arrives on home video just a week after two states passed marijuana legalization by popular vote, despite the continued Federal level Schedule 1 definition. Even DEA agent Dennis (John Travolta), who provides much of the corrupted information exchange in the film, admits that such battles for supremacy in the cannabis trade is silly. The real Mexican drug cartels have also become more relevant in the past few years as violence between Mexican authorities and cartels and gangs have increased to unparalleled proportions, a scandal rocked by the recent ATF Fast and Furious scandal. These political events and scandals are merely a coincidence, but they are revelatory of the failures of the war on drugs and symbolic of the inherent violence within drug trafficking. 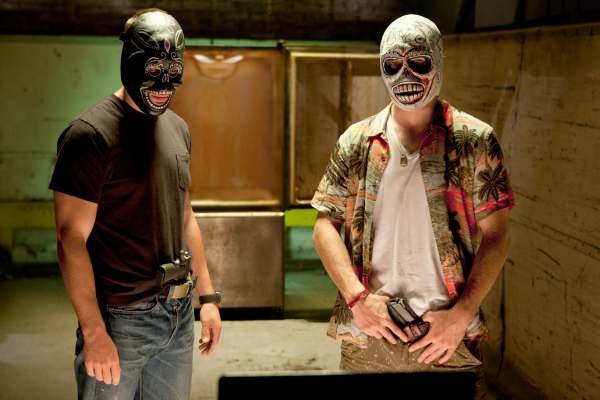