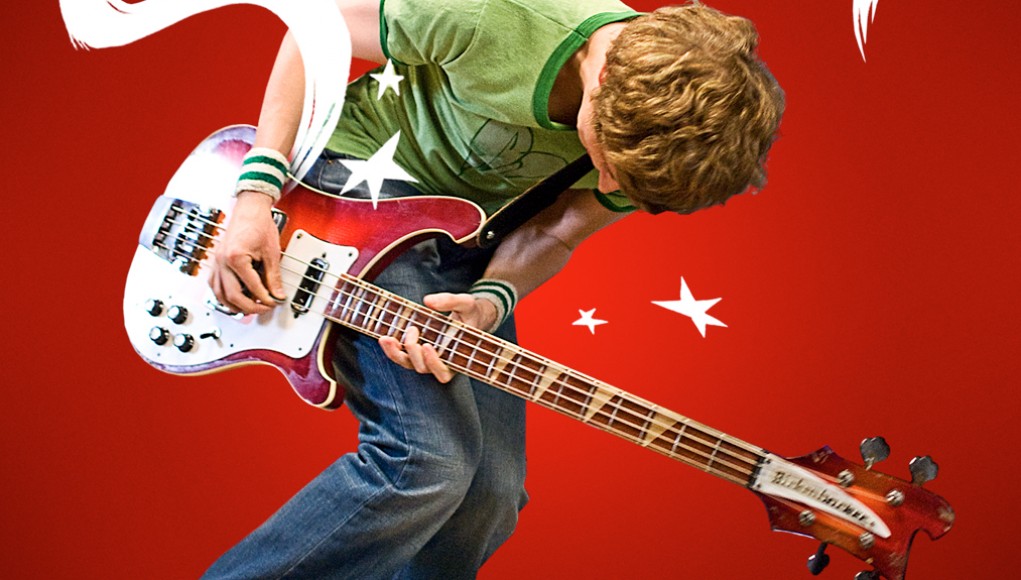 Edgar Wright has deterred ever so slightly from his English comedy roots such as Shaun of the Dead and Hot Fuzz. This detour has provided an wonderfully nostalgic battle for supremacy. Featuring an ensemble cast, each of which have a typecast stigma that has been held over their heads for years now. Scott Pilgrim vs. the World allows Wright and cast to stray from their typical roles and comfort, and present an excellent cross-over comedy that merges the video game and comic book worlds and conventions.

Scott Pilgrim (Michael Cera) begins to date a younger and very obsessed Knives Chau (Ellen Wong). Scott eventually meets Ramona Flowers (Mary Elizabeth Winstead), whom he leaves Knives for. He eventually learns that he must defeat each of Ramona’s seven evil ex-boyfriends to remain with her, much like your favorite side-scroller video games of yore.

Scott Pilgrim vs. the World is romantic in the idealistic sense, and slightly less so in the affectionate sense. Of course we have a love triangle between Scott, Knives, and Ramona, however it is the winning, losing, and attempting to recapture what Scott wants most that provokes the idealism. An objective view of this film will have the viewer seeing the same conventional Hero’s Journey all over this film, to a tee. It is the details that separate this film from much of the other over-hyped films of the summer.

Director Wright and original source writer Bryan Lee O’Malley have romanticized the days where 8-bit video games and comic books where the primary sources of entertainment for teenagers. While Scott himself is older than Knives, and possibly Ramona, this may indeed be a parallel to the audience’s yearning for an age of youth. The film is about nostalgia, littered with video game and comic book conventions and factoids. These symbols assist in the story telling in this film as they would in either of the romanticized mediums. Many of these conventions are brought about through the ample score and sound design.

The moment the film begins to drag on, the light at the end of the tunnel is visible. The film is just a tad too long, but the narrative itself moves quickly, as if you would quickly go from page to page, never taking a second look at the frame. The film succeeds the most at continuity editing, placing a large amount of minute details together in quick succession. The cinematic framing of the shots matches that of the comic book medium, and is faithfully a signature of Wright’s own oeuvre. The fusion of a comic book or graphic novel with a video game is a tedious job to implore, but Scott Pilgrim vs. the World accepts the task and delivers.

Cera and Jason Schwartzman have continuously been involved in projects which highlight their original debut. Together these characters have broken away from this typecast that has lingered through their careers, however mostly due to the character and not their own talent. Cera’s past characters have been obnoxiously passive, and finally as Scott Pilgrim, he can take command and and lead the way to an interesting feature.