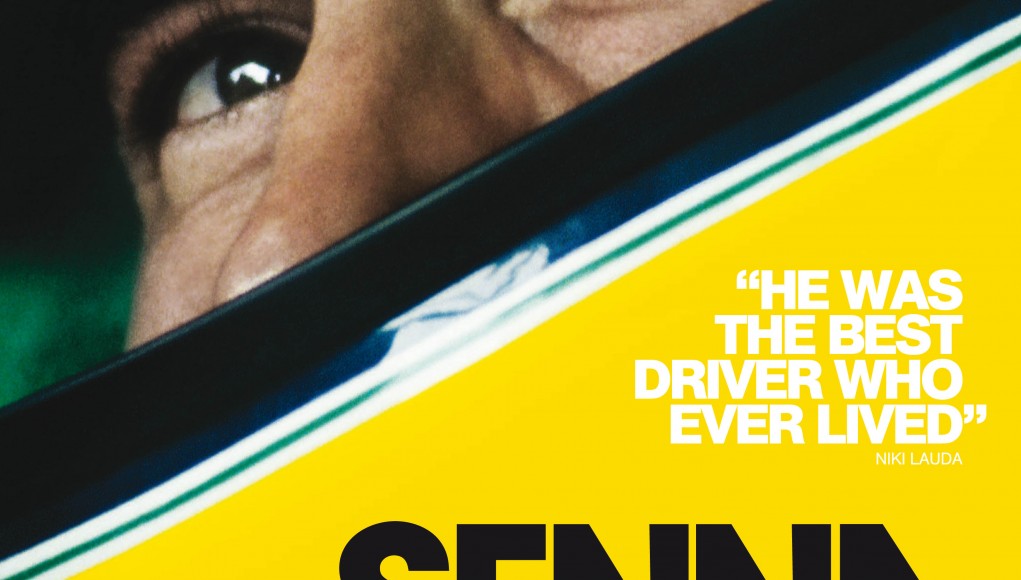 Ever since I first read of the tragic and brutal death of Ayrton Senna I had interest in one day producing a narrative motion picture. No need. Senna is a comprehensive documentary that commingles footage from Senna’s decade-long career in F1. No new interviews were conducted, Senna’s life is told as it happened using the media that pre-existed. No shoulda, woulda, couldas; as Senna would have liked it.

Ayrton Senna, like many drivers, began in go karts, often times vicariously supported by their fathers. Most auto racing stories begin this way, but Senna breezes past this fact quickly in order to get to Senna’s entrance into F1. During his formative year he drove for a low-tier team, yet he showed a highly competitive nature and methodology where there was first place or nothing. For the rest of his career he found himself as an immediate competitor to Alain Prost, who would later become a teammate, and would remain a rival for the rest of Senna’s career. Although successful, Senna found that politics within F1 would dictate many of the important decisions that would alter the championship on many occasions. Senna continuously pressed for more safety measures in the face of stubborn F1 executives who barely acknowledged or admitted any inferior safety practices in their series.

The weekend of the 1994 San Marino Grand Prix was rife with a catastrophic accidents and is one of the most infamous weekends in auto racing. One after another, grandiose crashes allowed some to walk away, but others were not so lucky. The real life footage of Senna is graphic, especially when the masters of million dollar machines lie dozens of yards away from their wrecked cars lifeless, limbs cracked and misshapen. For Ratzenberger and Senna, their motionless heads in their cockpits conjure up goosebumps and sink your heart. The fake violence of horror, war, and action films never seem to null the abhorrence of such real events, consequences of attempting to master speed and time. Senna does not hide the atrocity of these egregious collisions for good reason. Open wheel race vehicles are essentially airplanes in reverse, producing up to tens of thousands of pounds of downforce at speeds approaching 200mph. The moment they go airborne, there is very little stopping them other than the concrete barriers around the perimeter of the track.

One of the principal topics of the film is Senna’s disgust of the politics of F1. He reminisces of the time when go karting was merely about who was the fastest. Senna had pole position seeing how F1, a predominately French organization, was a product of good ‘ole garçon politics. Senna did not play politics, he was a racer, and he believed the outcome should be determined on the track, not in the executive booth. Senna continuously contrasted with FIA and never buckled to political pressure.

When away from F1, Senna had a philanthropic attitude toward his home country. Brazil was in a terrible economic state during his rise to fame. Income inequality was rampant and poverty seemed almost universal. While Senna did donate a formidable amount of funding to charity, it was his success that gave Brazil much needed unity. The attendance at his funeral in his home city rivals that of Princess Diana.

The film is expertly edited, using strictly footage from news and race coverage. The ability to tell a narrative using no voice of god or deep analysis from commentators offers spectators a chance to see how history truly unfolded before our eyes. The sheer amount of footage the filmmakers had to paw through is incalculable, making Senna a feat in itself. At this point, of all the documentaries releases this year, this film easily miles ahead of its nearest competitor.

Today, F1 vehicles are some of the most precise racing machines on the planet. Yet, not a single fatality has occurred since Senna’s, and not all racing organizations can say the same. Most recently, Dan Wheldon, a two-time Indianapolis 500 winner, specifically the 2011 winner, was killed in a car crash in the early stages of the closing event of the 2011 Indycar Series season in Las Vegas. The irony of it all makes it more tragic; Wheldon, without a contract to drive full time in 2011, had been testing the new 2012 Indy Racing Series cars which included a plethora of updates. Among these updates was an anti-interlocking system that prevented tires from different cars from colliding, which usually resulted in vehicles lifting off the ground. Wheldon, started last in the final 2011 event, a stipulation made in order for him and a lucky fan to win $2.5 million dollars each if Wheldon won the race from the last position. My inclusion of this news is not to reduce the importance of Senna’s career or his tragic fatality, but to show that many of the racing greats have succumbed to fatalities due to ironic or extraordinary situations. Every race car driver knows, or at least should know, the risks when entering their vehicles. This documentary specifically points to the moments where Senna acknowledged his mortality (although many civilian drivers fail to understand the same risks). It is not enough for one to know the risks, safer equipment and practices must always be evolving. Senna’s tragic death finally put that into perspective.

Where Senna succeeds in assembling a comprehensive array of footage of Senna’s life, there is a much more to be discussed. The aftermath of Senna’s death caused plenty of controversy of how his body was handled and briefly resuscitated after the crash can be studied and analyzed to no end. Perhaps that is another documentary. Senna specifically chronicles the rise of a champion, an icon, and a Brazilian hero. He captured three F1 Championships and fought valiantly for several others. He was also a formidable opponent on the track, and to this day, drivers and fans still consider him one of the greatest F1 drivers ever.