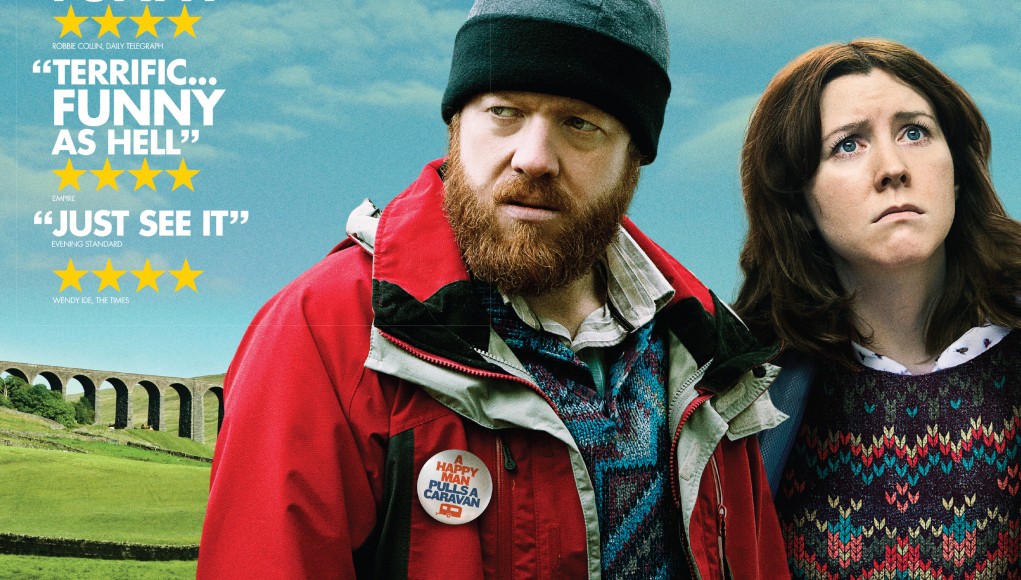 Sightseers is a delightful British dark comedy where love and death hops aboard a trip around the UK countryside as a Chris (Steve Oram) and Tina (Alice Lowe) strengthen their budding relationship. Tina’s mother, Carol (Eileen Davies), pleads with her daughter not to go and is very forthright in expressing her distrust of Chris, even though Chris has yet to show any reason to dislike him. Her growls through the passenger side window before they set off acts as a Fate’s warning to the two, but their trouble up ahead is really in their own hands. Over time we see the vicious side from both our leads, provoked by seemingly negligible bouts of rudeness from the strangers that Chris and Tina encounter. The most insignificant incidents, even the ones incited by Chris and Tina, cause them to become increasingly vengeful towards those who have wronged them.

Although the grey areas that arise from the first occasion where a character has been killed was an accident, there is nothing grey as the killings progress. Chris is somewhat aware of his anger management issues and other flaws, but the smallest faux pas from another person is enough to take a rock to their skull. What transpires over the course of their holiday across the UK is a killing spree that resembles something between Thelma & Louise and Natural Born Killers, except the humor is good natured and relentlessly morbid like Serial Mom sans the camp.

There is a simplicity to how characters are knocked off in the film as commonplace weapons such guns, knives, etc. are absent. Instead, Chris and Tina develop a very primitive process of using whatever is around them to fatally wound a target, even a large rock like cavemen.

The two find themselves rather adept at taking their frustrations between the world and themselves out on others. The two show some unconditional love for Banjo, a dog that Chris and Tina had taken from some fellow travelers whom they did not get along with. Tina insists on calling the dog Poppy, the name of her dog that she accidentally killed from some unfortunately placed knitting needles. Perhaps the Banjo/Poppy argument is similar to the glass half-empty/full perspective or Chris’ intentions to move forward and Tina’s anxieties from years of parental shelter.

Sightseers is an absurd dark comedy by Director Ben Wheatley with a script developed by the two leads, Oram and Lowe. Wheatley has gained a loyal critical following after his first two features, but I have yet to either of Kill List or Down Terrace. In the meantime, there is certainly place for these talents to go and Sighteers is both thrilling and satisfyingly hilarious and fresh with a morbid sensibility and playfulness.