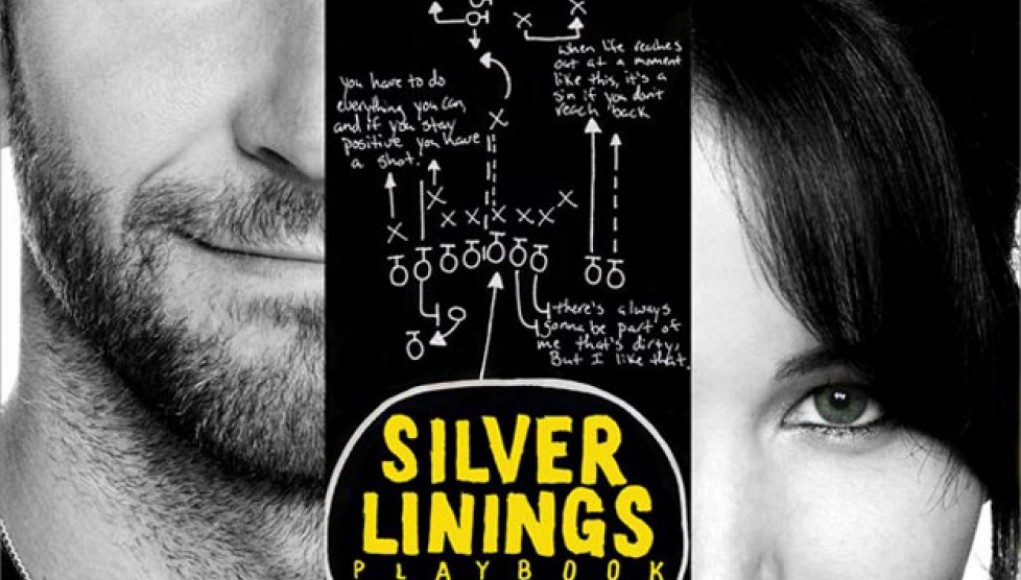 Romantic screwball comedies are long gone in American cinema, and dark romantic comedies have found their way into the hearts of audiences. Silver Linings Playbook portrays one man’s struggle to recover from a violent episode while finding constructive and positive outlets for his innate anxieties and mental disorder. With tense cinematography and a hastened pace, David O. Russell’s 2012 directorial effort is taxing but excelsior.

Pat Solitano (Bradley Cooper) has finally completed his eight month interment at a psychiatric prison and has returned home. Picked up by his mother (Jacki Weaver) his arrival home surprises Pat Sr. (Robert De Niro), a dedicated and superstitious Philadelphia Eagles fan and bookie. Pat his afflicted by bi-polar disorder and is devoted to losing weight, regaining his job as a teacher, and to win back his wife, whom eight months earlier he had found in the shower with another man.

Pat’s ex-sister-in-law Veronica (Julia Stiles) and her husband (John Ortiz) introduce him to Veronica’s sister Tiffany (Jennifer Lawrence). Tiffany also is afflicted by a mental illness and is having difficulty coping with the loss of her husband, a former police officer. Armed with the mantra “Excelsior,” Pat works tirelessly to contact his wife while under a strict restraining order.

From the early moments of the film, we see that Pat is rejecting the use of medication in favor of maintaining sobriety, remaining positive, exercising, and working tirelessly to better himself in hopes to win back his wife’s heart. While reading some of the books his wife uses in class, he finds himself at odds with these books such as Hemmingway’s A Farewell to Arms provokes him to rant about the book’s unsatisfactory ending to his parents in the wee hours of the night. The most telling aspects of Pat’s affliction, Stevie Wonder’s “My Cherie Amour” triggers an unflattering reaction; the song continues to play a particular role in the film.

As Pat begins to spend more time with Tiffany, mostly due to an agreement to perform at a dance competition with her, Pat Sr. increasingly becomes more devastated that Pat chooses not to spend time with him watching the Eagles. The football/dance contrast is a conflict between family and romance, idyllic manhood and discipline. Pat finds himself enjoying his time learning Tiffany’s dance routine, a practical application to help both of them deal with their anxieties. When the two contrasting interests of dance and football become reliant on each other, there is finally a satisfactory unison between all of Pat’s internal and external struggles.

Both Tiffany and Pat’s prior behavior and events have become talk of the town. Tiffany has become rather promiscuous and was recently fired for relationships with co-workers at her job. Pat’s episode months earlier has his friends and acquaintances on edge. When Pat Sr. admits that he too has had issues with anxiety, we begin to see that his superstitious devotion to his favorite team is demonstrative of the genetic code that reaches throughout the Solitano family.

Silver Linings Playbook is incredibly tense and stressful. The film relays Pat and Tiffany’s anxieties and trauma directly to the spectator via handheld camera work, a rarity for Director David O. Russell, albeit a contemporary trend. It retains Russell’s tradition of dark family comedies, but never with such an instinctive and radical romantic element. While the film is indeed stressful, rarely separating itself from Pat’s anxiety, there are plenty of moments of comic relief from each of the characters.  It is essentially the dark romantic comedy that would only rise from an orgy with Woody Allen, Nora Ephron, and Darren Aronofsky.

Russell is known for having erratic tensions between talents, his arguments with Lily Tomlin are infamous. Yet, Russell is able to capture fantastic performances out of his actors, perhaps when everyone is behaving appropriately; Christian Bale and Melissa Leo snagged Oscars for The Fighter. Silver Linings Playbook is no different, and the chemistry between Cooper and Lawrence is stunning and incredible. Lawrence herself is nearly ten years younger than Cooper and tends to keep the field level, a refreshing role compared to her role as Katniss in The Hunger Games. The worry and desperation in De Niro and Weaver’s eyes is more than enough evidence for their dedication to their roles, and De Niro provides one of his best performances in his late career.

As a dark romantic comedy, Silver Linings Playbook is strange but satisfying. It is both artsy and broadly accessible thanks to its football and dance elements, making it a suitable date flick that will leave spectators both stressed out but sufficiently entertained. From the performances down to the cinematography Silver Linings Playbook is efficient, thrilling, and effectively told.